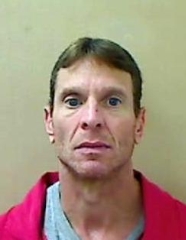 After
less than four hours of deliberation, a jury found Eric Lane guilty for
the 2002 kidnapping, rape and murder of 5-year-old Precious Whitfield.

Whitfield was last seen playing outside her grandmother’s home. Her body was later found seven miles away in a creek.

“Right now, it’s in God’s hands. I’m going to let him deal with that.
I’m just glad he was found guilty for what he had done for my child,”
said Michelle Whitfield, Precious’ mother.

Whitfield said she was leaving court to visit her daughter’s grave and to send her a message.

“We love you and we miss you and we did all this for you to make sure
you got your justice,” she said. “Can’t nobody hurt her now. She’s
safe.”

Lane, who fired his previous attorneys last fall and previously
represented himself, told the judge after the verdict that he did not
want his attorneys involved during sentencing phase, which is scheduled
to begin Monday morning.

Because the jury found Lane guilty of first-degree murder, the same
jurors will now have to decide whether to sentence him to life in prison
or death.

Last year, Lane’s original trial was delayed because of questions about
his mental state. A judge later declared a mistrial because of juror
misconduct. The case hit another roadblock in May during the jury
selection of Lane’s second trial when the judge granted Lane’s motion to
start over with the process.

Precious Whitfield’s family has mixed feelings on Lane’s punishment. Her
grandparents believe he should get life in prison, but the child’s
mother told WRAL that she wants the death penalty.