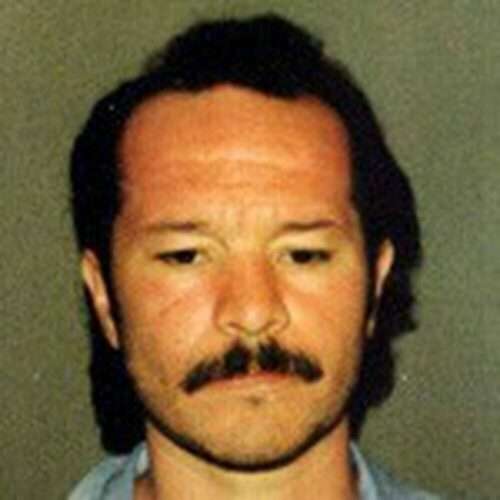 Lotches was convicted of killing William G. Hall, 33, a downtown Portland security guard during a running gun battled that terrified Saturday shoppers in August 1992. Hall, a security guard for the downtown Economic Improvement District, had tried to question Lotches about a minor assault. Lotches fled, and the two exchanged gunfire. Hall died after pulling a 9-year-old child out of the line of fire as Lotches was trying to commandeer a car.

At about 2:30 in the afternoon on August 22, 1992, Ernest Lotches approached Hedges in O’Bryant Square near downtown Portland.   While bantering back and forth with Hedges, defendant pretended to be a police officer and frisked Hedges.   While Hedges was bending over, defendant slapped Hedges on the back of the motorcycle helmet that Hedges was wearing.   The slap was unprovoked.   Hedges stood up and asked defendant what he was doing.   Defendant then began shouting obscenities at Hedges.   Hedges made an effort to calm defendant;  defendant joined a friend sitting on a nearby retaining wall.   Hedges kept an eye on defendant and, when defendant and his friend walked away, Hedges followed him.   After a few blocks, Hedges saw a Portland Guide,2 Cramer,  and told Cramer that he wanted to file a complaint against defendant.

Cramer radioed to the Portland Guides headquarters and to other nearby guides that a man had been assaulted by an individual who was then near Pioneer Square.   Cramer described defendant and asked for an officer to respond.   Two other unarmed Portland Guides, Edwards and Calderon, spotted defendant walking down the street and began to follow him at a distance of about half a block.   They signaled to Riley, another unarmed Portland Guide who happened to be nearby, and Riley, too, began to follow defendant.   Ernest Lotches appeared to notice that he was being followed and increased his pace.

William Hall, an armed EID officer, approached defendant from the direction in which Ernest Lotches was walking.   Riley also converged on defendant.   Hall called out to defendant, stating that he would like to have a word with him.   Defendant then threw his hand up toward Riley in an apparent effort to strike him.   Riley blocked defendant’s swing.   Defendant ran north toward Alder Street.   Hall, Riley, Edwards, and Calderon began running in pursuit.

There is some dispute about precisely what happened next but, by all accounts, defendant slowed down and Hall began yelling, “He’s got a gun.   Get down.”   Shots were fired.   Most of the witnesses to the episode could not say who shot first or even where Hall was when the first shot was fired.   Riley testified that he saw defendant pull a gun out of a paper bag and that no shots had been fired before that moment.   A bystander, Gates, testified that she heard a shot and then saw defendant pull a gun out of the back of his pants.

In any event, during that incident, defendant raised his gun, aimed it directly at Edwards, and shot at her.   Bullets hit her in the left breast and in the right arm, fracturing a bone and requiring surgery and the insertion of a metal plate.   Riley dragged the wounded Edwards into a nearby shop and  ran for cover in the back of the store.   Hall engaged defendant in an exchange of gunfire;  two bullets fired from Hall’s gun later were recovered from inside the shop.

Defendant fled down Fourth Avenue with Hall in pursuit.   Defendant ran up to a car stopped at a traffic light in which Keaton and her 9-year-old grandson were riding.   Defendant came up from behind Keaton, pointed a gun at her head through the half-open window, and said something to the effect that “You are going to take me somewhere.”   Keaton responded, “No way,” and stepped on the accelerator.   The car stalled and Keaton immediately began trying to unfasten her grandson’s seatbelt and shove him out the car door.   While Keaton was fumbling with the seatbelts, she looked up and saw Hall standing in front of a pillar along the street on the opposite side of her car, yelling at defendant, directing him to get away from the car and “leave the innocent alone.”   According to Keaton, defendant then ceased his efforts to get into her car and directed his attention to Hall. Meanwhile, the grandson unlocked the car door, got out, and ran toward where Hall had been standing.   Keaton took the keys out of the ignition and threw them down a sewer grate, and then closed her eyes and waited.

Defendant began shooting in Hall’s direction.   Hall left the relative cover provided by the pillar and pulled Keaton’s grandson to safety.   He also shot out two of the tires on Keaton’s car and pushed two transients out of the line of fire.   In the skirmish, defendant shot Hall twice.   One shot entered and exited Hall’s wrist. The other, fatal, shot entered Hall’s arm, traversed his lungs, and penetrated his heart.

Defendant, himself uninjured, then fled down Stark Street, hiding his gun behind his back.   He approached a pickup truck stopped at a traffic light on Washington Street.   Reaching through the window of the truck, he pointed his gun at the driver’s head and ordered the occupants out of the vehicle.   They immediately complied.   Defendant then drove off, heading the wrong direction down Third Avenue, a one-way street.   He sped down that street, swerving to avoid oncoming cars.   He then drove over the Burnside Bridge and turned onto Martin Luther King Boulevard.   Defendant next attempted to turn onto Southeast Ankeny, but he was driving  too fast and was unable to negotiate the turn.   The truck jumped the curb, hit a parked car and, ultimately, came to a stop after crashing into some other parked cars in an adjacent used-car lot.

A customer at the car lot who saw the crash went to aid defendant. He forced open the driver’s-side door of the truck and asked defendant if he was hurt.   Defendant answered no and made an effort to get out of the truck from the passenger side.   The customer asked defendant if he was going to run, and defendant replied, “Hell, yes, I got to get out of here.”   The customer stepped aside, and defendant slid back to the driver’s side to get out.   By that time, several marked police cars had arrived at the scene.   One of them, driven by Officer Elliot, pulled up in the vicinity of the truck after having been flagged down by an individual in front of the car lot.   After Elliot had stopped his car, defendant reached back into the truck and pulled out his gun.   Defendant turned and aimed the gun in Elliot’s direction and began walking toward him.   Defendant then stopped, assumed a combat stance in which he squared off and held the gun in front of him with two hands.   When Elliot realized what was happening, he leaned away from defendant and put his car in reverse.   Defendant fired at Elliot as he was backing up.   Defendant then aimed and fired a second shot at Elliott that narrowly missed him and struck the driver’s seat of the police car.

After shooting at Elliot, defendant began running toward the corner of Ankeny and Grand Avenue.   He attempted unsuccessfully to commandeer one vehicle, and then succeeded in getting into a second one, which someone apparently had abandoned in the middle of the street.   While defendant tried to start that car, Elliot, now armed with a shotgun, approached defendant and ordered him to drop his gun. Defendant again briefly appeared to consider fleeing.   However, by this time, he was surrounded by other officers.   He threw down his gun and surrendered.

After he was taken into custody, defendant agreed to give blood and urine samples.   Experts later extrapolated  from those samples that defendant probably had a blood-alcohol content of approximately .17 percent at the time of the crimes.