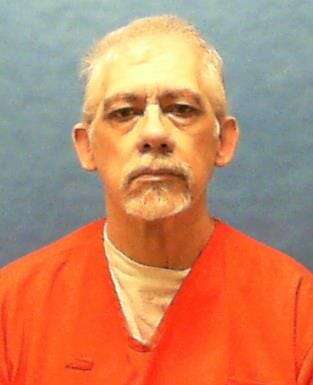 In November 1986 Plant City Police arrested Hodges for indecent exposure based on the complaint of a twenty-year-old convenience store clerk. Around 6:00 a.m. on January 8, 1987, the day Hodges’ indecent exposure charge was scheduled for a criminal diversion program arbitration hearing, the clerk was found lying next to her car in the store’s parking lot. She had been shot twice with a rifle and died the following day without regaining consciousness.

Hodges worked on the maintenance crew of a department store located across the road from the convenience store. A co-worker told police that she saw Hodges’ truck at the convenience store around 5:40 a.m. on January 8. Hodges, however, claimed to have been home asleep at the time of the murder because he did not have to work that day. His stepson, Jesse Watson, and his wife, Jesse’s mother, supported his story. The police took a rifle from the Hodges’ residence that turned out not to be the murder weapon. The investigation kept coming back to Hodges, however, and the police arrested him for this murder in February 1989.

At trial, Watson’s girlfriend testified that, during the summer of 1988, she asked Hodges if he had ever shot anyone. She said he responded that he had shot a girl and had given Watson’s rifle to the police and had disposed of his.  Hodges’ wife, contrary to her original statement to the police, testified that she did not know if Hodges had been in bed all night or when he had gotten up, that her son and husband had identical rifles, and that she did not know that Hodges had been arrested for indecent exposure.

As did his mother’s, Watson’s trial testimony differed from his original statement. He testified that he and Hodges had identical rifles and that his, not Hodges’, had been given to the police. He said that he awakened before 6:00 a.m. the morning of the murder and heard Hodges drive up in his truck. Hodges then came into the kitchen carrying his rifle. When asked why he did not originally tell the police about this, he responded that he had wanted to protect Hodges. Watson also said that, two months after the murder, he saw the rifle in the back of Hodges’ truck, wrapped in dirty plastic, and that there was a hole in the ground near the toolshed. He also testified that, several months later, Hodges told him that he had shot the girl at the convenience store.

The jury convicted Hodges as charged, and the penalty proceeding began the following day. At the end of the defense presentation counsel told the court that Hodges had become uncooperative, and Hodges stated on the record that he did not want to testify in his own behalf. After the jury retired to decide its recommendation, it sent a question to the court regarding the instructions. The court had the parties return to discuss the jury’s request, but, shortly before that, Hodges had attempted to commit suicide in his holding cell. Defense counsel moved for a continuance and said that he could not waive Hodges’ presence. The court, however, held that Hodges had voluntarily absented himself, told the jury that Hodges was absent because of a medical emergency, and reread the instructions on aggravating and mitigating circumstances. When the jury returned with its recommendation of death, Hodges was still absent.

After accepting the jury’s recommendation, the court appointed two mental health experts to determine Hodges’ competency to be sentenced. These experts’ reports cautioned that Hodges might attempt to commit suicide again because of his anger and frustration, but concluded that he was competent to be sentenced. After considering these reports and hearing argument on the appropriate sentence, the court sentenced Hodges to death.