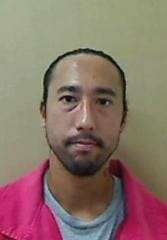 The North Carolina Supreme Court has found no error in the capital murder trial of George Wilkerson of Asheboro in the deaths of Casey Dinoff, 19, and Christopher Voncannon, 18, in Randleman in January 2005.

A review by the state supreme court is mandatory in death penalty cases.

Wilkerson was 25 years old when he was tried in Randolph Superior Court in December 2006 and found guilty on two counts of first degree murder on the basis of malice, premeditation and deliberation. The jury recommended a sentence of death which was pronounced by Judge Bradford Long on Dec. 20, 2006.

State Supreme Court justices heard the appeal by Wilkerson’s attorneys in December 2008 and filed its ruling at the end of August 2009. Wilkerson’s attorneys argued that 17 errors were made in the trial and filed motions to have the charges dismissed and for a new trial. The Supreme Court dismissed the motions and ruled that the defendant’s trial and capital sentencing proceeding were free from prejudicial error and that the defendant’s death sentence was proportionate to the crime.

Wilkerson and his lifelong friend, Logan Malanowski, then age 23, were both charged with the shooting deaths of half brothers Dinoff and Voncannon at their parents’ home on Adams Farm Road near Randleman on Jan. 11, 2005.

According to testimony and court records on events leading up to the shootings, Wilkerson and Malanowski had accused Dinoff of stealing $30 worth of cocaine and made threatening phone calls to Dinoff at his home. The half brothers were home alone at the time.

Voncannon had called a friend to come pick them up when Malanowski called again to say they had found the cocaine and would be stopping by with a gift of marijuana as a goodwill gesture.

Shortly after midnight, Wilkerson and Malanowski parked a car that belonged to Wilkerson’s girlfriend on the southbound shoulder of U.S. 220 Bypass and walked through a wooded area to the Dinoff residence on Adams Farm Road.

Voncannon and two friends were outside the residence (and Dinoff was inside) when they saw two men kick the door open and heard gunshots. Voncannon ran into the house and was also shot and killed. The friends drove away and called 911.

Wilkerson was apprehended shortly after the shootings when a deputy spotted him hiding under a parked tractor-trailer rig on the shoulder of northbound U.S. 220 Bypass. Malanowski was apprehended in Randleman the next morning.

The ruling, written by Associate Supreme Court Justice Robert Edmunds, said the sentence of death imposed in a double first degree murder case was not disproportionate when:

x The jury found aggravating circumstances of malice and premeditation.

x Each murder was committed while the defendant was engaged in the commission of first degree burglary.

x That each murder was part of a course of conduct in which the defendant engaged and that included the commission of other crimes of violence against other persons.

x Our Supreme Court has never found a sentence of death disproportionate in a case where the defendant was convicted of murdering more than one victim.

x The murders occurred inside the home of one of the victims, and a murder in one’s home is particularly shocking, not only because a life was senselessly taken, but because it was taken at an especially private place where a person has a right to feel secure.

x Defendant was convicted of first degree murder both under the felony murder rule and on the basis of malice, premeditation and deliberation, and

x These murders involved the use of at least two semiautomatic assault rifles and a pistol against young, unarmed victims, resulting in multiple close-range gunshot wounds to each victim’s head or neck.