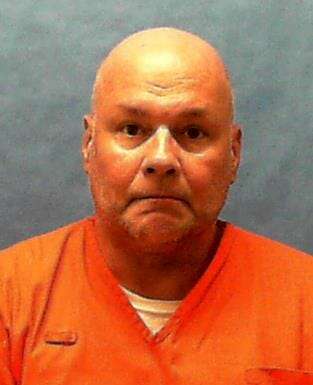 The awful facts of the murder, as elicited at trial, are these.   At 7:15 a.m. on the morning of September 30, 1983, navy diver Robert Garon was jogging at the Hanna Park Recreational Facility near Jacksonville, Florida, when he discovered a body lying on the beach.   There was a pool of blood under the victim’s head, and a broken cue stick lay near the body.   After police were called to the scene, they discovered, on the park exit road, a wallet and a Naval Identification Card, identifying the victim as Jeffrey Russell, a sailor stationed at Mayport, a Naval base outside of Jacksonville.

The police initially believed that Russell had been beaten to death.   An autopsy later revealed, however, that a gunshot was the cause of death, but this information was intentionally restricted to the doctor performing the autopsy and to investigating personnel.   The autopsy further revealed that Russell had suffered multiple blunt impacts to the head.   The victim also suffered multiple welt marks on the back of his forearm, multiple abrasions and contusions on his knuckles, a dislocated right ring finger, and multiple abrasions on his back.   The medical examiner testified that based on these wounds, Russell was alive and tried to defend himself at the time they were inflicted.

As fate would have it, on the morning Russell’s body was discovered, Jacksonville police officer David Mahn stopped a 1975 Ford pickup truck with Arizona tags because the driver had driven away from a gas station without paying for the gas.   Petitioner Kokal was the only occupant of the truck.   When asked for identification, Kokal produced his own Florida driver’s license, a Colorado driver’s license belonging to William O’Kelly, and a New York driver’s license belonging to the victim, Jeffrey Russell.   Inside the truck the officer found a Reuger .357 revolver, which was later determined to have Kokal’s fingerprints on it and identified as the weapon used to murder Russell.   At the time of Kokal’s traffic stop, however, Officer Mahn did not make any connection between Kokal and Jeffrey Russell’s murder.   As a result, after Officer Mahn arrested Kokal for petit theft of the gasoline, Kokal was released on his own recognizance.

That evening, Kokal was visited by a friend, Eugene Mosley, while Kokal was packing his truck to leave town.   Kokal told Mosley that he and his companion, William O’Kelly, were going to Canada because Kokal had killed a man.   Kokal explained that he and O’Kelly had beaten Russell with a pool cue, and both had beaten and kicked Russell after he was lying on the beach, but that Kokal had actually shot Russell in the head.   In describing the murder to Mosley, Kokal said that the “guy wouldn’t ․ hardly go down,” and at one point, the victim was on his knees and pleaded for his life, saying “please don’t kill me, don’t kill me.”   Nevertheless, they “just kept beating him” and “finally got him on the ground and they continued to kick him and beat on him.”   Then Kokal “just ․ took a gun and held it to [the victim’s] head and shot him.”

Kokal told Mosley that “he wasn’t worried about [fingerprints being found on the pool cue] because there was enough sand there and that sand will keep them from getting any fingerprints on any object.”   Kokal further surmised that “he was so close [when he shot Russell] and the bullet would have gone straight through his head and into the sand.”   According to Mosley, Kokal “didn’t seem like it really bothered him that he did it.”   Indeed, when Mosley asked Kokal why he had shot the victim, Kokal offered this explanation:  “dead men can’t tell lies.”   Kokal admitted that the purpose of the attack had been to rob the victim, and that he had “wasted a guy ․ over a dollar.”   Kokal also told Mosley that “he was going to go get another Sailor before he left town so that they would have money to leave town on.”

On October 5, 1983, Eugene Mosley called the police to report that he had information about someone having been shot in the head at the beach.   The police determined that they needed to talk to Mosley since “nobody” would have known that Russell was shot in the head “but the person who did it.”   After speaking to Mosley, the police obtained an arrest warrant for Kokal and arrested him.

On October 20, 1983, Kokal was indicted and charged with the first degree murder of Jeffrey Russell.   Kokal’s testimony at trial was largely consistent with the facts of the murder detailed by Mosley-that Kokal and O’Kelly had picked up a hitchhiker, Russell, who was struck with a pistol and Kokal’s pool cue, robbed, marched down a beach where he was again beaten with the pool cue, and then killed with a single shot from a .357 revolver.   However, Kokal testified that it was his companion, O’Kelly, who actually beat, robbed, and shot the victim.   Kokal admitted to being present during the murder, but denied any involvement in the homicide.

O’Kelly, on behalf of the government, also testified.1  O’Kelly said that he had been with Kokal on the night of the murder, and that after they picked up Russell, the three of them had stopped to smoke marijuana, and then drove into Hanna Park. Once they were at the park, O’Kelly left to use the restroom, and upon his return, he saw Kokal hit Russell over the head with a pistol, and heard Kokal instruct Russell to hand over his wallet.   O’Kelly then told Russell to give Kokal the wallet, so that “he would be on his way and we would be on our way.”   Instead, O’Kelly watched as Kokal made Russell walk down the beach, and a few minutes later, as Kokal beat Russell over the head with a cue stick.   O’Kelly told Kokal that “there ain’t no need for that” and that he was leaving.   After he started to walk away, O’Kelly heard a gunshot, turned around, and saw that Kokal had a pistol in his hand.   Next, O’Kelly and Kokal ran to the truck and left.   O’Kelly further testified that Kokal had brought up the subject of robbery three or four times before the night of the murder.2  On October 4, 1984, the jury found petitioner Kokal guilty of first degree murder