Gov. Tom Corbett has signed a death warrant for the man who brutally beat 2-year-old Darisabel Baez to death in April 2008.

In a trial that drove veteran police officers close to tears, a York County jury convicted Harve Johnson, the boyfriend of Darisabel’s mother, of first-degree murder and sentenced him to death in November 2009.

The Pennsylvania Supreme Court affirmed his conviction and sentence in April 2012.

Chief Deputy Prosecutor Tim Barker, who prosecuted Johnson, said Thursday, “The facts of the case support the sentence of death. We stand by the verdict and the death penalty for Harve Johnson.”

This is Johnson’s first death warrant. He does have avenues of appeal remaining before his scheduled Sept. 10 execution at Rockview State Prison.

Darisabel’s mother, a medically sedated Neida Baez, testified at trial for the commonwealth. She pleaded guilty to third-degree murder for not intervening in the beating and was sentenced to five to 10 years in state prison.

At trial, forensic pathologist Dr. Wayne Ross told the jury it took a minimum of 45 minutes for Johnson to inflict the more than 200 injuries on Darisabel. The jury viewed photographs, taken before and after her death, of the girl’s swollen face and welt marks on her small body.

Prosecutors and police believed Johnson beat the girl with his fists, a video game cord and her own hiking boot, the last led a waffle impression on her skin.

Ross said Darisabel also had bruises to the back of her heart and liver, her right lung and adrenal gland and her pancreas. He also found her brain was swollen and surrounded by blood and evidence she had been choked.

Johnson kept his head down and plugged his ears with his fingers during the medical testimony.

During the penalty phase of the trial, Johnson’s mother, Cassandra Lloyd, testified to her son’s own abusive upbringing at her hands in Spanish Harlem, N.Y.

Prosecutor Tim Barker countered by telling the jury that Johnson ‘s childhood was neither “an excuse nor an explanation” for Darisabel’s brutal beating.

“What happened to the defendant in childhood was appalling,” he said. “But it does not mitigate what he did to Darisabel .”

Johnson’s warrant for the murder of Baez is the 27th execution warrant signed by Corbett.

Executions in Pennsylvania are carried out by lethal injection.

The crime: Harve Lamar Johnson, now 32, fatally beat 2-year-old Darisabel Baez, his girlfriend’s daughter, with a video game cord, one of the girl’s hiking boots and his fists on April 6, 2008, in the couple’s apartment at 710 W. Philadelphia St., York. The girl died the next day at Hershey Medical Center.

The trial: A York County jury convicted Johnson, then 28, of first-degree murder on Nov. 13, 2009, after four days of testimony, and sentenced him to death following a penalty hearing. Neida Elizabeth Baez, the girl’s mother, previously pleaded guilty to third-degree murder for not intervening in Darisabel’s behalf. She was sentenced to five to 10 years.

What’s next: Gov. Tom signed Johnson’s death warrant today. He is scheduled for execution on Sept. 10, 2013.

The following 11 inmates are on death row for York County murders:

Paul Gamboa-Taylor, for the May 18, 1991, hammer slayings of four family members: his wife, Valeria L. Gamboa-Taylor; their two children, Paul, 4, and Jasmine, 2; and another child, Lance Barshinger, 2. He received a life sentence for killing his mother-in-law, Donna M. Barshinger.

Daniel Jacobs for the Feb. 10, 1992, stabbing death of his girlfriend, Tammy Lee Mock of York, and the drowning of their 7-month-old daughter, Holly Danielle Jacobs.

Hubert Lester Michael Jr., for the July 12, 1993, abduction and shooting death of 16-year-old Trista Elizabeth Eng in the Dillsburg area.

Mark Newtown Spotz, for the Feb. 2, 1995, shooting death of Penny Gunnet, 41, of New Salem, his third victim in a four-day crime spree through central and eastern Pennsylvania.

John Amos Small was sentenced June 19, 1996, after being convicted of first-degree murder and attempted rape of 17-year-old Cheryl Smith, whose body was found in West Manheim Township in 1981.

Kevin Brian Dowling, for the Oct. 20, 1997, shooting death of Jennifer Lynn Myers inside her art and frame shop just outside Spring Grove.

Kevin Edward Mattison, for the Dec. 9, 2008, robbery and shooting of Christian Agosto, who died a week later.

Hector Morales, for breaking into the York home of Ronald Simmons Jr., 42, in July 2009 and shooting him on the day Simmons was to testify against Morales in a drug trial. 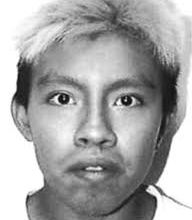