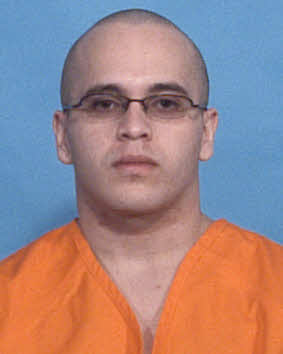 Hector Gabriel Sanchez–Torres, who was nineteen years old at the time of
the crime, appeals his convictions for first-degree murder and armed
robbery and the sentence of death imposed for the murder of
nineteen-year-old Erick Joel Colon

September 9, 2008, Erick Joel Colon had been at a friend’s house
playing board games and left at 11 p.m. to walk home. He had his cell
phone with him at the time, as well as a wallet with cash in it.
Colon’s
body was discovered lying on the sidewalk close to his home in the
early morning hours of September 10, at 1:30 a.m. The area was very
dark. When Colon’s body was discovered, his wallet and cell phone were
missing.
Colon had been shot once in the head, but had no other
injuries. The medical examiner testified that the characteristics of the
gunshot wound indicated that the muzzle of the gun was in direct
contact with, and pressed hard against, the skin. The entrance wound was
just below the left eye, and the exit wound was on the right back side
of the head.
On September 30, 2008, Colon’s mother testified that
she received a phone call from her son’s number. When she answered, a
young Hispanic woman was on the other end. Colon’s mother began crying
and told the caller that the cell phone belonged to her murdered son.
The caller hung up.
Sanchez–Torres’s younger sister, who was
fifteen years old at the time of the crime, testified during the penalty
phase that she had discovered the cell phone and recognized that it was
not one of her brother’s cell phones. She found a contact listing for
“mom” and called it. A woman answered. She was crying and explained that
the cell phone belonged to her murdered son. Sanchez–Torres’s sister
then hung up and called her mother, who told her to turn off the phone
and wait for her to come home. Sanchez–Torres’s sister also called
Markeil Thomas, the codefendant in this case and Sanchez–Torres’s good
friend and roommate, who told her to turn off the phone and pull out the
battery, which she did. She gave the phone to Thomas, and her mother
got it from him.
Detective Sharman with the Clay County Sheriff’s
Office spoke with Sanchez–Torres’s mother, Maria Torres, on October 1,
2008. Torres stated that she had found the phone and that her daughter
had used the phone to call someone who said the phone belonged to her
son. Torres stated that she had taken the phone from her daughter and
had thrown it in the trash. At some point later, Torres told law
enforcement that she had given the cell phone to someone who had
destroyed it. The Clay County Sheriff’s Office was then able to locate
pieces of the phone.
On October 2, Detective Sharman visited
Sanchez–Torres in the Duval County Jail to question him about the phone.
Sanchez–Torres stated that Thomas had bought the phone from an
acquaintance known as “D.” When informed that the phone belonged to a
murder victim, Sanchez–Torres denied having anything to do with the
murder. The Clay County Sheriff’s Office was able to identify and locate
“D,” who denied ever selling or giving Sanchez–Torres or Thomas a
phone.
Detective West, also with the Clay County Sheriff’s Office,
testified that he spoke with Torres on March 5, 2009, when he
interviewed her at her home. When he met with her, he informed her that
he had drafted an arrest warrant for her for tampering with the cell
phone and showed her an unsigned arrest warrant. Torres testified that
the next day, she told Sanchez–Torres about what happened, and he told
her to contact the detectives and tell them to come see him.
After
Detective West received a phone call from Torres, in which she stated
that Sanchez–Torres wanted to speak to him, Detective West proceeded to
the Duval County Jail to interview Sanchez–Torres. During the initial
part of the interview, Sanchez–Torres stated that Thomas had shot the
victim and drew a diagram of the scene and the body to describe what
happened. Detective West left the room, and Sanchez–Torres wrote out a
three-page handwritten statement, in which he stated that he, and not
Thomas, had shot the victim. Detective West returned to the room and
took Sanchez–Torres to a different location in order to conduct a
videotaped interview. Sanchez–Torres then told Detective West again that
Thomas was the shooter.
The State also presented evidence
regarding Sanchez–Torres’s prior violent felony, which was a murder that
took place in Duval County on July 20 or 21, 2008, less than two months
before the murder in this case. Sanchez–Torres had confessed to
shooting the victim in the Duval County murder, stating that he shot the
victim because the victim had repeatedly threatened to kill his
then-pregnant girlfriend. Sanchez–Torres was tried and found guilty of
first-degree murder in the Duval County case and was sentenced to life
in prison in December 2009.
Finally, the State presented a victim
impact statement from the victim’s mother. Presentation of defense
witnesses was postponed until after the completion of codefendant
Thomas’s trial, at which the same judge presided. Pursuant to his guilty
plea in this case, Sanchez–Torres was required to testify during
Thomas’s trial.