The jury of eight women and four men returned the verdict after about four hours of deliberation Thursday in the second week of trial.

Delacruz, 27, nodded his head following the reading of the verdict by 119th District Judge Ben Woodward.

He is convicted of slitting the throat of his ex-girlfriend’s daughter in the 2700 block of Houston Street on Sept. 2, 2014.

Attorneys took about two hours to lay out their case of what happened the night Naiya was murdered.

“The question here is who did what, and that’s tough to tell,” said court-appointed attorney Robert R. Cowie from the Lubbock Regional Public Defender for Capital Case. “This was a dark scene with a couple of drunk adults who got into a fight in a dark room.”

“The horrible images you’ve had to see of her,” Palmer said, showing a photo of a smiling Naiya standing next to a friend, “just remember she wasn’t always the way you had to see her.

The afternoon before Naiya died, Facebook messages exchanged between Delacruz and his then-girlfriend, Tanya Bermea, showed communication was amicable between the two, who had dated for about three years.

Delacruz then became irate with Bermea, 37, when conflict arose over the course of the evening.

An acquaintance of Delacruz and Bermea testified he ran into Delacruz when he went drinking with coworkers at a bar near Angelo State University that night.

The bar’s surveillance footage showed Delacruz had been drinking about midnight before he showed up at Bermea’s residence.

The witness said he offered Delacruz a ride about 1:49 a.m. and dropped him off at a spot on Arden Road. Delacruz then walked to Bermea’s residence about 2 a.m.

Bermea testified she had tried to barricade the residence because she was afraid Delacruz was going to come over.

“At that point, if she knew something bad was going to happen, she had options,” Cowie said.

Those options included calling the police or staying with relatives, but Bermea instead abandoned her daughter in that house, Cowie said

“I heard a thump on the wall” coming from the bathroom, Bermea said, and she saw Delacruz break into the home through the window before she immediately ran out of the house.

Palmer argued Delacruz slashed the back of his left arm when he climbed into Bermea’s residence through the broken bathroom window.

Crime scene photos showed Delacruz’s blood dripping on the outside of the window and his blood smears on the window frame.

“How did his blood drip on the outside of that window if he hadn’t already been bleeding?” Palmer told jurors.

Bermea said she left Naiya sleeping at home because she believed Delacruz wouldn’t hurt the child, adding she thought Delacruz was only coming after her. She testified Delacruz had never harmed the child before.

Crime scene photos showed Delacruz’s blood in nearly every room in the house, including Bermea’s closet.

Delacruz’s bloody handprints were on light switches, indicating he turned on the lights because the house was dark.

“He was trying to find if she’s hiding,” Palmer said. “He was coming after her.”

Cowie argued Bermea didn’t immediately leave the house but stayed and tried to fight Delacruz instead.

“Tanya wasn’t a passive participant in the case,” Cowie said. “She stayed in the house that night, and she made more phone calls.”

Video footage from a nearby business showed Bermea looking over her shoulder, walking barefoot and without her prescription glasses down Houston Street toward North Garfield Street from her house at 2:24 a.m.

Delacruz appeared on camera running down the path Bermea went about a minute and a half later.

“He’s chasing her down the street” when he couldn’t find her, said Palmer.

The child’s grandmother, Jesusita Bermea, drove her daughter back to the residence moments later. Palmer said Delacruz ran back as well and assaulted both women.

Palmer believes Delacruz beat up the women before going into the house and taking his anger out on Naiya.

Bermea testified she never set foot inside the home again until a week later.

“I wonder why she didn’t get back in the house?” Palmer asked jurors while displaying photos of Bermea’s injuries. “It’s hard to when you’re getting whooped on.

“She had other priorities,” Palmer said. “Not getting beat up.”

Bermea had a black left eye, bruising on her arm, abrasions on her face and two knots protruding from her forehead.

Delacruz’s injuries included a severe cut on the back of his left arm. His left hand was swollen and some of his knuckles had cuts on them and were bleeding.

Palmer believes the incident started at the child’s pillow and moved to the other side of the bed because the girl fought back.

“In her bed, her blood begins on her pillow,” Palmer argued. “It’s like she fought him.”

Crime scene photos showed a blood-soaked blanket at the foot of the bed.

“I think she gave him a hard time,” Palmer said. “She gave all she had, every bit of blood in her body.”

Paramedics testified the girl wasn’t bleeding anymore when they arrived because she had no more blood to give.

The child’s injuries consisted of two deep lacerations on her neck as well as cuts on her chin, an abrasion and bruising on her left cheek.

Palmer told jurors it was a matter of minutes before he finally inflicted the fatal injuries.

“She did what she could,” Palmer said. “Her DNA was on his pants, shirt, necklace. That’s her telling us something. I’m here on him! She’s telling us I’m here! I’m here on him. I’m telling you this is who did it.”

Delacruz’s blood was found on the child’s clothes, and hers on his. Dozens of blood stains inside the home belonged to Delacruz and the child.

Palmer said Naiya couldn’t have survived her injuries for more than 20 minutes.

Screams coming from Bermea, who had remained outside, can be heard on police dashcam video as the officer frantically runs toward the residence and off camera.

Naiya died in an ambulance on the way to the hospital. 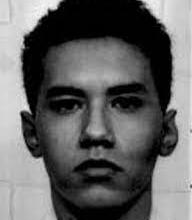 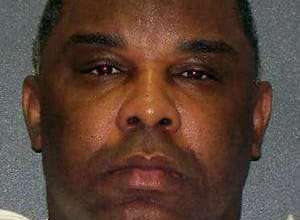