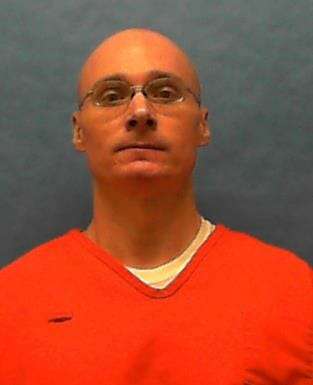 The victim in this case, George Blumberg, and his wife, Marilyn Blumberg, owned and operated a pawn shop.   On June 18, 1992, Marilyn drove to the pawn shop after unsuccessfully attempting to contact George by phone.   When she entered the shop, she noticed that the jewelry cases were empty and askew.   She then stepped behind the store counter and saw George lying face down in the bathroom with scissors protruding from his neck.   A hammer lay on the floor next to him.   Marilyn called 911 and told the operator that she thought someone had held up the shop and killed her husband.

A crime-scene analyst who later arrived at the scene found, in addition to the hammer located next to the victim, parts of a camera lens both behind the toilet and in the bathroom wastepaper basket.   The analyst also found traces of blood and hair in the bathroom sink.   The only relevant fingerprint found in the shop belonged to codefendant Keith Witteman.

The day after the murder, Kenneth Dale Dobbins came forward indicating that he might have seen George Blumberg’s assailants.   Dobbins had been in the pawn shop on June 18, 1992, and prior to his departure, he saw two young men enter the shop.   The two men approached George and began discussing a piece of jewelry that they apparently had discussed with him on a prior occasion.

Dobbins saw the face of one of the men as the two walked past him.   Based on the description Dobbins gave, investigators drew and circulated a composite of the suspect.   One officer thought his stepdaughter’s boyfriend, Thaddeus Capeles, might recognize the suspect because Capeles and the suspect appeared to be close in age.   The officer showed Capeles the composite as well as a picture of a gun that had been taken from the Blumbergs’ pawn shop.   Capeles did not immediately recognize the person in the composite but later contacted the officer with what he believed to be pertinent information.   Capeles told the officer that when he visited the Club Manta Ray, Jack Sliney, who managed the teen club, asked him whether he was interested in purchasing a gun.   He thought the gun Sliney showed him looked somewhat like the one in the picture the officer had shown him.

The officer arranged a meeting between Capeles and Carey Twardzik, an investigator in the Blumberg case.   During that meeting, Capeles agreed to assist with the investigation.   At Twardzik’s direction, Capeles arranged a controlled buy of the gun Sliney had shown him.   His conversations with Sliney, both on the phone and at the time he purchased the gun, were recorded and later played to the jury.   After discovering that the serial number on the gun matched the number on a firearms register from the Blumbergs’ pawn shop, investigators asked Capeles to arrange a second controlled buy of some other guns Sliney mentioned during his most recent conversation with Capeles.   Capeles’ conversations with Sliney regarding the second sale, like the conversations surrounding the initial sale, were recorded and later played to the jury.   As with the first sale, the serial numbers on the guns Capeles obtained matched the numbers on the firearms register obtained from the Blumbergs’ shop.   At trial, Marilyn Blumberg identified the guns Sliney sold to Capeles and confirmed that they were present in the pawn shop the day prior to the murder.

Shortly after the second gun transaction, several officers arrested Sliney.   The arrest occurred after Sliney left the Club Manta Ray, sometime between 1 and 1:45 a.m.   At the time of the arrest, codefendant Keith Witteman and a female were also in Sliney’s truck.   Despite the testimony of several defense witnesses to the contrary, the arresting officers testified that Sliney did not appear to be drunk or to have any difficulty in following the instructions they gave him.

Following the arrest, Sliney was taken to the sheriff’s department.   Officer Twardzik read Sliney his Miranda 1 rights, and Sliney thereafter indicated that he wanted to talk.   He gave both written and taped statements in which he confessed to the murder.   In his taped statement which was played to the jury, Sliney told the officers that shortly after he and Keith Witteman entered the shop, they began arguing with George Blumberg about the price of a necklace Sliney wanted to buy.   According to Sliney, Witteman pressured him to hit Blumberg.   Sliney grabbed Blumberg, and Blumberg fell face down on the bathroom floor.   Sliney fell on top of Blumberg.   Sliney then turned to Witteman and asked him what to do.   Witteman responded, “You have to kill him now,” and began taking things from the display cases and placing them in a bag.   Thereafter, Sliney recalled hitting Blumberg in the head with a camera lens that Sliney took from the counter and stabbing Blumberg with a pair of scissors that Sliney obtained from a drawer.   Sliney was somewhat uncertain of the order in which he inflicted these injuries.   Next, he recalled removing a hammer from the same drawer in which the scissors were located and hitting Blumberg on the head with it several times.

Sliney left Blumberg on the floor.   He washed his hands in the bathroom sink, and then he and Witteman left the shop.   According to Sliney, Witteman, in addition to taking merchandise from the shop, took money from the register and the shop keys from Blumberg’s pocket.   He used the keys to lock the door as the two exited the shop.

Before returning home,2 Sliney and Witteman disposed of several incriminating items and transferred the jewelry they obtained from the shop, as well as a .41 caliber revolver,3 into a gym bag.   Sliney put the bag in a trunk in his bedroom.   Officers conducting a search of Sliney’s home later found the gym bag containing the jewelry and gun.

In addition to recounting the circumstances surrounding the murder, Sliney told the officers that he had been in the pawn shop prior to the murder.   He said, however, that he did not decide to kill Blumberg before entering the shop or at the time he and Blumberg were arguing.   Rather, he told them that he did not think about killing Blumberg until Witteman said, “[W]e can’t just leave now.   Somebody will find out or something.   We got to kill him.”

Prior to trial, Sliney moved to suppress the statements he made to the law enforcement officers.   He alleged that the statements were involuntary and thus inadmissible.   The trial court denied the motion.   At trial, Sliney presented several witnesses to the jury in support of his position that his confession was untrustworthy.   Sliney also testified on his own behalf.   His testimony was inconsistent with the statements he made to law enforcement officers.   He testified that it was actually Witteman who murdered Blumberg.   Sliney told the jury that he paid for the necklace he was looking at before he began arguing with Blumberg over the price.   During the argument he grabbed Blumberg, and Blumberg fell to the floor.   When he saw that Blumberg was bleeding, he left the shop.   He lay down in his truck because the sight of the blood made him sick.   Several minutes later, Witteman came out to the truck.   He removed a pair of weight lifting gloves from Sliney’s gym bag and then went back into the shop.   When Witteman exited the shop again he had with him a gun and a pillow case full of things.   Sliney explained that he did not go to the police when he discovered that Blumberg was dead because Witteman threatened to harm his family.