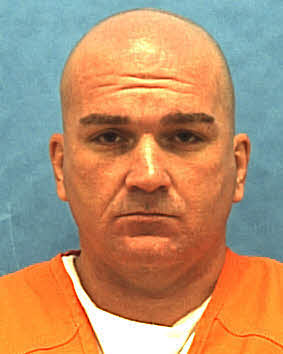 Jason Wheeler was convicted of the 01/09/05 murder of Deputy
Wayne Koester and the contemporaneous attempted first-degree murder and battery
with a firearm of deputies Thomas McKane and William Crotty.
On the morning of 01/09/05, Jason Wheeler’s then-girlfriend,
Sara Heckerman, placed a 911 call from the Lake County home the couple
shared.  Deputies Wayne Koester, William Crotty, and Thomas McKane
responded to the 911 call in full uniform, each driving a marked patrol
car.  Upon arrival, Deputy Crotty observed Heckerman with facial bruising
and a head wound and made the decision to arrest Wheeler.  The deputies
then obtained Heckerman’s consent to search the premises.  When deputies
McKane and Koester began to mark the crime scene with tape, Wheeler appeared
with a shotgun and began shooting at the two deputies.  Deputy Crotty took
cover at the rear end of one of the patrol cars and Wheeler turned and opened
fire in that direction as well.  Deputy Crotty then observed Deputy
Koester running up the driveway, bleeding from wounds to his face and being
chased by Wheeler who was aiming the shotgun at Deputy Koester’s back.
Wheeler then turned to Deputy Crotty and fired, wounding him in the leg.
When Deputy Crotty returned fire, Wheeler ran into the woods adjacent to the
crime scene.  Wheeler soon returned and continued to shoot at Deputy
Crotty while yelling threats to kill him.  When Wheeler ran back into the
woods a second time, Deputy Crotty fired again at Wheeler, injuring him in the
buttocks.  Deputy McKane was also engaged in the gun battle with Wheeler,
who returned fire and injured Deputy McKane’s leg, hand, arm, shoulder, and
lip.
With Wheeler hiding in the woods, the search continued for
several hours with the use of a search helicopter and tracking dogs.
Another officer eventually found Wheeler lying on the ground in a wooded area
near a lake.  Upon being found, Wheeler stood and screamed several times
for the officer to kill him.  When Wheeler appeared to reach for a weapon,
the officer fired shots at Wheeler, resulting in his permanent paralysis.
Wheeler was found with speaker wire wrapped around his neck and reported to
another officer that he had tried unsuccessfully to kill himself during the
search.
Deputy Koester died as a result of a shotgun blast he
received from Wheeler.  Koester had sustained nonfatal injuries to his
arms, hand, neck, buttocks, and legs caused by birdshot pellets.  Koester
had also sustained a nonfatal injury to his armpit, chest, and lungs caused by
buckshot pellets.  The last and fatal injury was a birdshot pellet injury
to the head, during which pellets entered Koester’s left eye and lodged in his
brain.