On 19 February 1994, James Dandran was driving by Bob Porter’s home in Broadway, North Carolina, when he noticed smoke coming from the residence.   He immediately drove to a nearby store owned by Rex Johnson and asked Johnson to notify the fire department.   Dandran then returned to the Porter home to check on Angie Porter Godwin, who had been visiting her father, Bob Porter.   When he arrived, he went around to the side door, where he observed blood on the steps.   No one answered when he called into the house, so he returned to Johnson’s store and asked him to notify the police.

The chief of the Benhaven Fire Department, Ronnie Johnson, was the first to arrive at the scene, followed shortly thereafter by Deputy John Holly of the Harnett County Sheriff’s Department.   They attempted to enter the house through the front door, but the heat and smoke were too intense, and they were forced to turn back.

Once the fire was extinguished, Sheriff Larry Knott secured the area to prevent any evidence from being disturbed.   The sheriff then went to the side entrance of the house and observed a continuous trail of blood from the door down the steps and into the yard.   It appeared that something had been dragged through the yard and into the woods behind the house.   Approximately one hundred to two hundred yards away from the house, officers found the body of the victim.   Sheriff Knott testified that leaves and pine straw had been raked up, piled around her body, and set on fire.   The victim was lying on her back, nude, with her panties lying on her chest.

Chief Johnson identified the body as that of Angie Porter Godwin.   He testified that her hair was burned off and that “one of her arms was just about burned off completely.”   Chief Johnson further stated that “[i]t was one of the most horrible things [he] had ever seen.”

During the investigation of the Porter residence, officers found a shell casing in the hallway in front of the victim’s bedroom door.   They also found four .22-caliber shell casings in the woods where the victim’s body was discovered.   Agent Kim Heffney, an arson investigator with the SBI, took various samples from the house and the area where the body was discovered.   Several of the samples revealed the presence of accelerants, either residual gasoline or residual kerosene, or a combination of the two.

Dr. John Butts, the chief medical examiner for the State of North Carolina, performed the autopsy on the victim on 20 February 1994.   Dr. Butts noted that there was a considerable degree of burning on her body.   He stated that the victim had four gunshot wounds to the head and scratches consistent with drag marks on the back of her body.   In Dr. Butts’ opinion, the victim died from the gunshot wounds to the head.   Further, according to Dr. Butts, there was no evidence that the victim was alive at the time her body was set on fire.

Dr. Butts also collected specimens for evidentiary purposes, including swabs from the victim’s vaginal and rectal region.   These specimens were sent to the SBI laboratory in Raleigh for testing.   Microscopic examination of these swabs indicated the presence of sperm in both the vaginal and rectal specimens.   At the conclusion of these examinations, the swabs were preserved for further analysis, specifically DNA analysis.   Mark Boodee, an expert in the field of DNA forensic analysis, testified that the DNA analysis revealed a match with defendant with respect to the sperm from both the vaginal and rectal specimens.

During an interview with SBI Agent Michael East, defendant initially denied any involvement in the crimes being investigated.   Later the next night, however, defendant admitted being involved in the crimes and gave a detailed confession to East. In his confession, defendant stated that he and an accomplice entered the house through the front door, then walked straight through the hallway and to the bedrooms located in the back of the house.   As they neared the victim’s bedroom, a squeaky floorboard awakened the victim.   When she opened the door, defendant stated that his accomplice shot her twice in the head.   Defendant then stated that his accomplice grabbed the victim’s feet and dragged her through the living room, out the side door, and down a path into the woods.   Once they reached the woods, defendant stated that he and his accomplice both had sex with the victim.   Afterwards, they poured kerosene over the victim’s body and inside the house and set both places on fire.   They then left the Porter residence and drove to defendant’s home, where they changed clothes.   Next, they drove to a pond, where they discarded the murder weapon.   Pursuant to specific directions from defendant, officers recovered a .22-caliber semiautomatic pistol from a pond in Sanford on 25 February 1994. 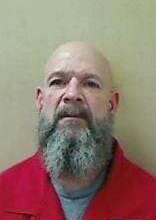 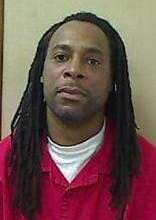 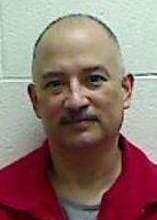 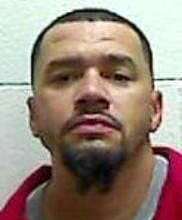