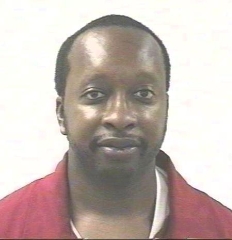 Saturday, 31 March 2001, defendant entered Domino’s Pizza on South
Chapman Street in Greensboro, North Carolina, shortly before the
business was to open at 11:00 a.m. Defendant ordered five large pizzas
from Kenneth Bruhmuller, the manager and only employee present.
Defendant was a former assistant manager at that same Domino’s and knew
Bruhmuller.   The order was placed in defendant’s first name, “John,”
and defendant was charged a discounted price.   Bruhmuller and defendant
then exited the store.
Domino’s area supervisor, Will Spivey,
testified that it was the common practice of Domino’s employees to wash
their vehicles at the rear entrance of the building.   Spivey also
testified that managers usually parked their cars in the alleyway
leading to the rear of the building.   After defendant and Bruhmuller
went outside, Bruhmuller moved his car, which was blocking the alleyway,
and defendant backed his car down the alleyway toward the rear of the
building.   A short time later, defendant was recorded by video
surveillance reentering the building, but he soon walked out of view of
the lobby area video camera.   Several minutes passed before the lobby
area camera showed defendant’s car pulling out of the alleyway, after
which time the building began to fill with smoke.   It was later
determined that approximately $195.00 was missing from a cash drawer in
the business’ office area.
When other employees arrived around
11:15 a.m., the building was filled with smoke, and flames were rising
out of a broken window.   The employees opened the front doors, crawled a
few feet into the building, and yelled Bruhmuller’s name, but received
no response.   Greensboro Fire Department personnel responded at the
scene shortly thereafter and discovered Bruhmuller’s body on the floor
in the office area.   Fire Department Captain Gary Church testified that
Bruhmuller appeared to have “a fatal wound ․ from a gunshot” or “a
wound to the head, from some type of explosion.”   Captain David L.
Leonard, the arson investigator, believed that the fire originated in
the break/storage room area due to the ignition of “readily available
material,” on a couch and, after ruling out other causes, concluded that
it could only have been started by “human intervention.”