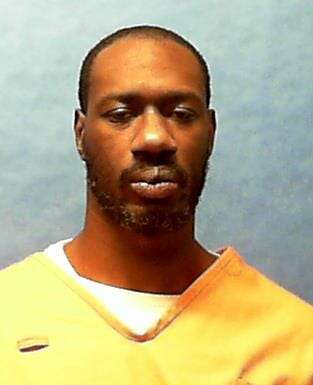 Khadafy Mullens, a high-school dropout who killed two people in a St. Petersburg convenience store robbery captured on videotape, was sentenced to death this morning.

On April 29, Mullens, 30, of St. Petersburg, took the unusual step of pleading guilty to all the charges he was facing — two counts of first-degree murder and one count of attempted first-degree murder — without anything promised in return, even though prosecutors were seeking the death penalty.

Typically, once a defendant facing death sentence is convicted of first-degree murder in Florida, a jury hears evidence before issuing a recommendation for or against the death penalty. They take a vote, and that vote is passed along to the presiding judge, who has to give it great weight before deciding whether the person should be executed or serve a life prison sentence.

That’s not what happened with Mullens, though.

At Mullens’ April 29 plea hearing, Assistant Public Defender Jill Menadier asked Circuit Judge Philip Federico if he would waive the death penalty phase of the case, where jurors hear testimony, and make the decision himself without a jury recommendation. Federico obliged, much to the disappointment of prosecutors, who wanted jurors to play a role, as they represent the community at large.

The judge’s decision meant Federico would decide Mullens’ fate on his own.

On Aug. 17, 2008, Mullens and an accomplice went into the Central Food Mart at 2157 Central Ave. in St. Petersburg and robbed the store. Mullens fatally shot the owner, Mohammad Uddin, and a transient, Ronald Hayworth, who stumbled upon the robbery. He then grabbed a customer entering the store, Albert Barton, dragged him inside and shot him in the face. Barton survived.