An Edna man who murdered three neighbors while trying to rob their home in 2005 was sentenced to death Wednesday.

It took a jury about an hour and 15 minutes to decide LeJames Norman would die for his role in the shooting deaths of Samuel Roberts, 24, Tiffani Peacock, 18, and Celso Lopez, 38.

“This isn’t a moment of celebration, but it isn’t a moment of mourning, either,” said Tabatha Hastings, Peacock’s older sister. Hastings stood outside the courtroom arranging a blanket around her 9-month-old daughter, a girl Hastings points out never will meet her aunt.

“She was just a wonderful, loving person,” Hastings said of her sister.

Assistant district attorney Pam Guenther began by echoing almost exactly the statements made in closing arguments for the trial of Norman’s co-defendant, Kersean Ramey. Ramey was sentenced to death in 2007.

Had Ramey and Norman simply botched a robbery, Lopez would have only been injured, Guenther said.

“Sam and Tiffani would be here to tell you how scared they were,” Guenther said. “That would be a robbery gone bad.”

Defense lawyer Allen Tanner said Norman did not plan to kill three people and showed remorse for his crimes.

“Do you think LeJames enjoys killing people?” Tanner said. “I don’t think so.”

Tanner reminded the jury Norman once saved a toddler from choking.

He then used excerpts from statements Norman had made about the murders to show his client had taken responsibility for the deaths and was sorry for them.

“You could tell from his statements he was sorry,” Tanner said.

District Attorney Bobby Bell used some of the same statements to narrate the murders as he thinks they happened.

“I’m going to show you exactly how it happened,” Bell said. “I submit that when I show it to you, you’re going to go, ‘I believe that’s right.'”

According to earlier testimony in both Norman and Ramey’s trials, Lopez was shot first. A bullet shot at close range grazed his cheek. Norman said he accidentally shot Lopez while he was getting up.

When Peacock and Roberts came home and saw two armed, masked men inside, it’s likely she recognized Norman. Norman and Peacock went to Edna High School together – she even hugged him in the hallways there, Bell said. Norman’s low, rumbling voice and lean, more than six-foot-tall frame would be easy to recognize and couldn’t be hidden behind a mask.

“I believe she knew him,” Bell said. In an earlier statement, Norman said Peacock batted at the gun Ramey held to her head. Then Norman asked her what she was looking at, Bell said.

“That’s when Tiffani said something to this effect, ‘LeJames, do you think I don’t know it’s you?'” Bell said. Peacock likely asked her former classmate and neighbor to leave them alone, not to hurt them, Bell said. Norman held the gun to Peacock’s head and shot her, Bell said.

Norman and Roberts wrestled in the kitchen, according to statements by Norman that were read into the record. Ramey shot Roberts twice on Norman’s order, Bell said. Norman then shot at Roberts. He missed him once. Norman then set the gun against Roberts’ hands, which were laced behind his head. Finally, Norman pressed the gun against the back of Roberts’ head and shot again.

“Sam Roberts was a living, breathing human being who loved life,” Bell said. “Who loved Tiffani.”

Once Roberts died, Norman was out of bullets, Bell said. But Lopez was likely still alive, he said.

“Can’t you just see him?” Bell said. “He turns to Sean and says, ‘Hey, I’m out of bullets. Go in there and finish him off.’ He’s out of bullets or he’d do it himself.”

After Norman and Ramey left the house, Ramey returned to get a police scanner they left behind. Bell believes Norman instructed Ramey to make sure everyone was dead when he went back to the house, he said.

“LeJames has given him instructions on what to do,” Bell said. “That’s the truth. That’s the real LeJames Norman.”

The jury began deliberating at 1:15.

The two women spoke quietly and wiped away tears.

Word the jury reached their verdict filtered through the packed courthouse hall about 2:30 p.m.

Before the jury returned to the courtroom, Tanner said he had explained to Norman and his family the case would be automatically appealed if the jury voted for death.

Norman, his family and the families of the victims were silent as the judge read the jurors’ decision.

Coker spoke after the death penalty sentence was announced. She thanked the jurors and the lawyers, then she turned to Norman.

“LeJames, my heart goes out to your family,” she said softly, standing only a few feet away from him. “What you’ve done, you didn’t just hurt my family, you also destroyed your family.”

“We forgive you and we hold no hard feelings for anybody in your family,” she said. 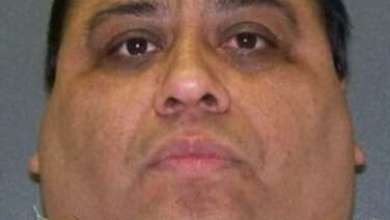