On 27 July 1998 defendant Mark Lorenzo Squires was indicted on two counts of first-degree murder in connection with the deaths of Randy House and Erick Keech.   Defendant was tried capitally and was found guilty on both counts of first-degree murder.   For the murder of House, defendant’s conviction was based on premeditation and deliberation and felony murder with the sale of cocaine as the underlying felony.   For the murder of Keech, defendant’s conviction was based solely on felony murder with both the sale of cocaine and House’s murder as the underlying felonies.   Following a capital sentencing proceeding, the jury recommended that defendant be sentenced to life imprisonment without parole for House’s murder and to death for Keech’s murder.

The State’s evidence tended to show that on 4 July 1998, House, a drug dealer, was planning to make a $4,500 purchase of crack cocaine from defendant.   The crack cocaine was being purchased from defendant for both House and Keech.   Keech was known to drive a 1981 burgundy Oldsmobile.

On 5 July 1998 police responded to a call that led to an abandoned 1981 burgundy Oldsmobile on Contentnea Street in Greenville, North Carolina.   The police found the windows of the car rolled down on both the front and back driver’s side.   The police also found a large quantity of blood on the back floorboards and elsewhere in the car and a small bullet hole in the top of the front driver’s side door.

On 15 July 1998 men doing yard work on Atlantic Avenue in Greenville found two bodies behind a shed.   The decomposition of the bodies suggested that they had been there for some time.   Police identified the bodies as Keech and House.

Defendant, identifying himself as William Ferrell, voluntarily went to the Greenville Police Department on 20 July 1998 to speak with the police.   Defendant told the police that he had known House for approximately six months and had bought drugs from him in the past.   Additionally, defendant told police that he wanted to buy “some smoke” from House on the night of 4 July 1998 but that House failed to appear for the exchange.

On 23 July 1998 the New Bern police received a call from Ellis Tripp, a local resident.   Tripp told police that defendant was at his home, that defendant was driving a tan Mazda multi-purpose van with bloodstains on the seats, that defendant had said the bloodstains were the result of a homicide in Greenville in which defendant and someone else had murdered two men and disposed of the bodies, and that defendant was taking the van to Cape Carteret the next day to have the van reupholstered and wanted Tripp to follow him as a shield.   The following day, 24 July 1998, Tripp cooperated with the police, who subsequently arrested defendant.

After he was arrested, defendant again reported to police officers that his name was “William Ferrell”;  but defendant later told them his real name.   Defendant told police that he met House and Keech at the Player’s Club Apartments on the night of the shootings to collect a $5,000 debt from a past drug transaction.   Defendant said that he thought House and Keech were going to rob and shoot him and that he shot the two victims, dumped their bodies on Atlantic Avenue, and abandoned the car near the river.   When asked if anyone was with him during the shooting, defendant responded that he did not tell on others.

Defendant testified on his own behalf at trial.   His testimony tended to show that he regularly sold cocaine and marijuana to House. Defendant did not carry a gun, but Lucius Gaston a/k/a Puppet, who accompanied him on drug transactions, carried a weapon.   On 4 July 1998 House called to arrange a drug buy which was to take place at Players Club Apartments.   Defendant and Puppet drove to the apartments in the Mazda van.   Defendant had with him the drugs and digital scales to weigh the cocaine.   House arrived in Keech’s car with Keech driving and House sitting in the passenger seat.   Puppet got into the car behind Keech, and defendant got into the car behind House.   Defendant asked House for the money twice.   House “drew down” on Puppet.   Puppet grabbed House’s gun, a nine-millimeter pistol, and then shot House with his own gun, a .38-caliber “police special.”   Keech tried to grab Puppet, the two of them struggled, and defendant heard three shots.   Defendant drove Keech’s car to the shed on Atlantic Avenue where he and Puppet dumped the bodies.   Defendant wrapped Puppet’s .38-caliber and House’s nine-millimeter weapons in a sock and plastic bag and disposed of them behind a Pantry convenience store.

Defendant later told his cellmate that he had shot the victims.   Defendant did not mention Puppet.   The police recovered the nine-millimeter pistol behind the Pantry, but the .38 was not found. 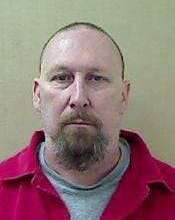 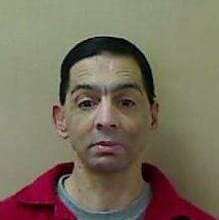 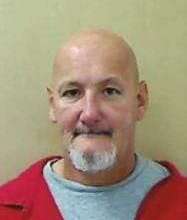 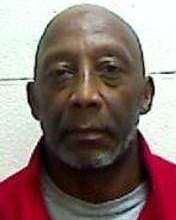