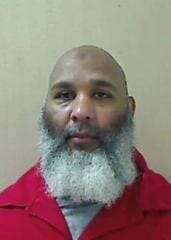 The State’s evidence at trial tended to show that in August of 1996 Michael Braxton and the victim were both inmates in block A of unit 4 at Caledonia Correctional Center (“Caledonia”) in Tillery, Halifax County, North Carolina.   Defendant owned the illegal canteen operation in block A. Defendant also owned and operated card games and a loan business in violation of prison regulations.   In August of 1996 the victim owed defendant $17.00 for items charged at defendant’s canteen.   Michael Thomason, another inmate, testified that, three days prior to the killing, defendant harassed the victim for the money owed.   Thomason and other inmates pooled their money to pay the victim’s debt.   Thomason gave the money to defendant, but defendant gave it back.   According to Thomas McCombs, another inmate, defendant would not accept the money because “it was a principle thing.”   McCombs also testified defendant told him that he was going to “hurt [the victim].”

On the afternoon of 18 August 1996, the unit 4 inmates were released to the prison yard for exercise.   While the others were in the prison yard, Officer Roy W. Brown, Jr. escorted the victim, who had been confined to his cell on administrative lockup, to the shower.   Officer Brown searched the victim and the shower area and found no contraband or weapons.   Officer Brown left the victim alone while he showered.

At the same time, defendant and other inmates were outside in the prison yard playing a card game.   As they were playing, inmate Ronald Moore took defendant aside and told him “that guy” was in the shower.   Shortly thereafter, defendant left the card game and headed toward block A. Inmate McCombs testified that before defendant went into block A, he saw defendant reach down and pull up his sock, where he had a “blade.”   McCombs saw defendant step into the shower and stab the victim “like a mad man” approximately eighteen to twenty times, using a second knife he had hidden in the waistband of his pants.   Inmate Thomason testified that he saw defendant stab the victim two more times with both hands on the knife after the victim was down.

After leaving the victim in the shower for approximately twelve to fifteen minutes, Officer Brown heard screams from the shower area. Officer Brown entered the shower and sprayed pepper mace on both defendant and the victim.   Officer Brown testified that he saw defendant, who was wearing work gloves, stabbing the victim with a homemade knife known as a “shank.”   After the victim fell out of the shower, defendant then kicked him repeatedly in the head and chest area and stabbed him in the chest and abdomen.   Even though defendant’s vision was impaired by the pepper spray, he felt around for the victim’s body with his left hand and continued to stab the victim.   Defendant eventually stopped his assault on the victim, threw the shank down, and ran out of the shower area.   At the infirmary, the victim showed no signs of life.   A medical examination of defendant revealed no apparent injuries on his body.   Corrections Officer Horace Aycock testified that he and other officers, including Officer Brown, conducted a search for weapons in unit 4. They found a shank in the shower area, a pair of work gloves on the floor near the control room to block A, and a second shank wrapped in a wet towel in the light fixture of the open bathroom cell.

Dr. Louis A. Levy, a pathologist and medical examiner, performed the autopsy on the victim’s body.   He testified that the victim had thirteen separate stabs and cuts on both sides of his chest, both arms, the index finger of his right hand, his right wrist, and his mouth.   All of the victim’s flexor tendons had been severed in the right wrist;  and the victim’s lungs, heart, and liver had been punctured.   Dr. Levy opined that the cause of death was stab wounds to the heart and lungs and subsequent exsanguination.   Dr. Levy further opined that the wounds were caused by two different weapons:  The slicing of the right wrist was consistent with a knife that was sharpened on both sides, while the wound in the right shoulder was consistent with a weapon that was sharpened at the point but dull on both sides.

Defendant testified at trial as follows:  Although defendant and the victim had argued about the money owed, defendant eventually told the victim on several occasions that he forgave the debt.   However, the victim, while confined to his cell in administrative lockup, tried to provoke defendant into an argument and flashed a knife at him.   Defendant testified that, on the afternoon of 18 August 1996, he was playing cards in the prison yard;  and he had a knife “just in case an argument [broke] out at the game.”   Defendant stated that most inmates carry a knife in prison and that he always carried his knife in his glove, especially to card games, as a safety measure.   While playing cards, another inmate told defendant that the victim had been given a knife.   Defendant then entered block A and heard someone in the shower make an obscene comment to him.   Defendant recognized the person in the shower as the victim.   Defendant testified that he told the victim, “I’m about burned out on your mouth”;  and the victim told defendant to “come on up here and get some then.   I got something for you anyway .” After defendant stepped into the shower and saw the victim with a towel in his hand, defendant pulled his knife out of one of his gloves, which were in his back pocket.   Defendant “[felt] like that [the victim] must have had a knife in his hand” since he had been told earlier that someone had given the victim a knife.   However, defendant admitted that he never actually saw the victim with a knife.