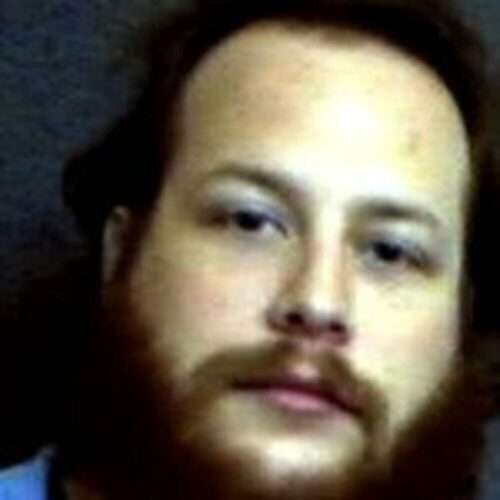 Hayward and three companions – including fellow Death Row inmate Jason Van Brumwell — were convicted of killing a convenience store clerk and severely beating another in 1994. Frances Walls died after a metal bar went through her skull. Donna Ream survived despite being hit more than 50 times with a metal bar and losing nearly half her blood. Hayward’s three companions were convicted of murder and sentenced to terms in prison. Brumwell was later convicted along with Gary Haugen in the killing of another inmate and sentenced to death.

On April 10, 1994, four young men-Jason Brock, Daniel Rabago, Jason Brumwell, and Johl Brock-met at Brumwell’s house and discussed committing a robbery in order to get money to buy marijuana.   They decided to rob the Dari Mart on Royal Avenue in Eugene.   That afternoon, they went to the store to see how many people worked there and whether there were surveillance cameras.   They returned to Brumwell’s house and continued to discuss the robbery.   Jason Brock then went to work and played no role in the events that followed.

The other three drove to defendant’s house in Johl Brock’s car to ask defendant, Michael Hayward, if he would like to join them in robbing the Dari Mart.   Defendant agreed to participate and got into Brock’s car to discuss plans for the robbery.   They listened to “death metal” music 1 while they  made their plans.   Rabago, Brumwell, and Brock, who considered themselves satanists, were members of a death metal band.   Defendant was not a member of the band, but he enjoyed listening to death metal music.   As Rabago testified, “we were all into evil and we were all pretty much deathers.”   Rabago described a “deather” as “someone that has a lot of hate in them and sees * * * the morbid things in life.”   During the discussions that took place in Brock’s car, the four young men decided to kill their victims.   They also discussed whether they would carve satanic symbols on the victims’ bodies and whether they would leave a message written in the victims’ blood on the Dari Mart wall.   During the afternoon, they drove to Rabago’s house to get weapons-a dumbbell bar, a thin metal bar about two feet long with one pointed end, a chisel-type hammer, and a knife.   From Rabago’s house, the four drove to the Dari Mart. Defendant and Johl Brock went in, and defendant bought cigarettes.   They left the store to wait until closer to its 11:00 p.m. closing time before committing the crimes.

Just before returning to the Dari Mart, the group listened to more death metal music to “kill time” and become motivated about the crimes they were about to commit.   At about 10:35 p.m., Donna Ream, one of the two clerks on duty at the Dari Mart, saw defendant standing in front of a window outside the store.   He smiled and waved at her.   A few minutes before 11:00 p.m., Rabago, Brumwell, Brock, and defendant went into the Dari Mart. Each young man had an assigned “job” with respect to what transpired next.

Defendant, followed by Brock, went to the back of the store.   Brumwell and Rabago remained in the front.   Brumwell, holding the dumbbell bar over his head and emitting a deep growl, ran toward Ream, who was standing behind the check-out counter.   Ream said the growl sounded like a growl she heard later on a death metal compact disc by a group called Cannibal Corpse.   Ream jumped back in fright.   Brumwell said he was just joking and asked her to give him the money in the cash register.   Ream did so.2

Meanwhile, defendant and Brock encountered the second clerk, Frances Wall, stocking the cooler in the back of the store.   Brock watched defendant strike Wall in the back of the head with the pointed, thin metal bar, knocking her to the ground.   Wall attempted to protect her head from more blows by putting her arms in front of her face.   Defendant struck her on the head with the bar five or six more times, striking her as hard as he could.   The blows shattered Wall’s skull.   Brock left the store, drove his car some 50 yards away and waited for the others to come out.   Meanwhile, Brumwell handed Rabago the dumbbell bar and told him to watch Ream while he joined defendant in the back room.   At some point, defendant shoved the pointed bar completely through Wall’s skull.   She died at the scene.

Brumwell and defendant returned to the front of the store.   Defendant, Brumwell, and Rabago then led Ream to the back room.   Defendant told the others to hit her.   Defendant told Brumwell that he had “killed his” and wanted to know why Brumwell could not kill Ream.   Despite Ream’s efforts to defend herself, defendant and Brumwell hit her with the dumbbell bar and the bar that defendant had used to kill Wall. They struck her more than 50 times on her head and on her arms, which she had raised to try to shield herself from the blows.   They also kicked her and stabbed her with the knife.   She ran into the Dari Mart’s bathroom and tried to shut the door, but was unable to, because both of her arms had been broken in several places.   Defendant and Brumwell followed her into the bathroom, where they continued to beat her.   At one point Brumwell paused and asked her, “Why won’t you just die, bitch?”   Both men yelled profanities at Ream while they beat her.   At one point, Brumwell shoved the dumbbell bar into Ream’s mouth, knocking out two of her teeth.

Sometime during the attack on Ream, the young men heard the bell that rings in the back room when someone comes in the front door.   They stopped beating Ream and left the store.   Ream threw herself against the bathroom door to close it.   When she heard a boy’s voice in the front of the store, she called out to him to call the police.   Then Ream ran from the store to a house across the street and collapsed on the floor when the residents let her in.   A large portion of her  scalp was torn off by the blows to her head, a disk in her neck was herniated, she lost almost half of the blood in her body, and she suffered permanent damage to her arms and hands.   Nonetheless, Ream never lost consciousness, and some months later she was able to identify photographs of her attackers, including defendant.

Several months after the Dari Mart crimes, Rabago, Brumwell, and defendant camped in the woods outside the town of Curtin for an extended period of time.   While there, they discussed committing another crime, and possibly another murder, after the 1994 Labor Day weekend.   They were arrested at the camp just before Labor Day. Soon after his arrest, defendant told police that he was not a satanist, but that he believed that “God is weak and Satan is strong.”   During his initial police interview, he showed no remorse for Wall’s murder or the assault on Ream. He declared that Wall’s was just another death, that “life ain’t worth shit,” and that Wall would have died anyway.   Defendant seemed amused about the crimes and the fact that he had been arrested.

Rabago, Johl Brock, Jason Brock, and Donna Ream testified for the state at defendant’s trial.   As noted at the outset, defendant was convicted of three counts of aggravated murder and many other crimes.   During the penalty phase,  defendant testified that he read the bible in prison, that he now believes in God, and that he cares about the victims’ families.   The jury voted unanimously to impose the death penalty.