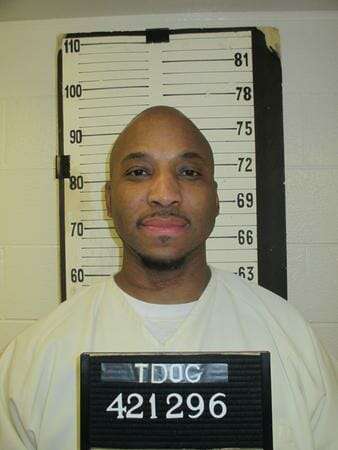 Officer Mark Vance of the Bristol Police Department was shot and killed on November 27, 2004, while responding to a dispatch call at the home of Walter Mitchell. Mr. Mitchell, a long-distance truck driver, lived on Belmont Drive in Bristol, Tennessee with his twin seventeen-year-old daughters, B.M. and T.M.1 , and B.M.’s one-year-old son. On the evening of November 27, Mr. Mitchell left his home to pick up a load of goods for his employer. His grandson, two daughters, and two of their friends remained at the home. Not long after Mr. Mitchell left his home, B.M. called him to report that a man was at the house threatening her with a gun. Mr. Mitchell called 9–1–1 and turned his truck around to go home.

The armed man at the Mitchell residence was the defendant, Nickolus Johnson. Mr. Johnson and B.M. had been seeing each other socially, and B.M. was pregnant by him. Mr. Johnson was twenty-six years old and already had two young children by two different women. He insisted that B.M. have an abortion, but B.M. refused. Earlier that evening, they argued over the telephone about her pregnancy and her refusal to have an abortion. Mr. Johnson became angry and B.M. abruptly ended the discussion. About ten minutes later, Mr. Johnson arrived unexpectedly at the Mitchell home, entered the house, and started pacing back and forth, “yelling and cussing.” Mr. Johnson, armed with two guns, was worried that Mr. Mitchell would press statutory rape charges against him, and he threatened to kill B.M. and her father. Mr. Johnson laid the guns on the coffee table in the living room, but later picked up the guns and put them in his pocket. Mr. Johnson threatened to kill the first person who walked through the door. He vowed that he would go to prison for murder, but not for statutory rape. Termaine McMorris, a mutual friend of Mr. Johnson and B.M., arrived at the house and tried unsuccessfully to calm Mr. Johnson. Meanwhile, B.M. continued to talk to her father on the telephone. When she told Mr. Johnson that her father had called the police, he responded that the “police can’t dodge these shells” and threatened to shoot any police officer who arrived at the house.

Lieutenant Eric Senter, also of the Bristol Police Department, arrived at the Mitchell residence at the same time as Officer Vance was entering the home. Lt. Senter watched Officer Vance enter the residence and proceed up the stairs. As Lt. Senter was walking to the front door, he saw an arm holding a gun extend from the hallway toward Officer Vance and heard the gun blast. Lt. Senter retreated behind a nearby tree and called for back-up.

Officer Daniel Graham of the Bristol Police Department arrived at the scene as Lt. Senter took cover behind the tree. Mr. Johnson ran out of the house, followed by Mr. McMorris. Lt. Senter shouted at the two men and ordered them to lie on the ground. T.M. carried the gun out of the house and repeatedly shouted “why did you shoot him?” T.M. was also ordered to lie on the ground. As Mr. Johnson was being handcuffed, he said that he had “shot the fucker.” Lt. Senter asked him who he had shot and Mr. Johnson said “I shot the fucking cop․ I shot him in the head. He’s dead․ Ain’t no use of going in there.” Then Mr. Johnson began laughing. According to Mr. Johnson, he shot Officer Vance because Mr. Johnson did not call the police and did not want the police there. After the officers placed Mr. Johnson in a patrol cruiser, Mr. Johnson continued to laugh about shooting Officer Vance.

The officers then entered the residence and discovered Officer Vance lying in the upstairs hallway, shot once in the head. Bristol Police Officer Bradley Michael Tate arrived shortly afer the shooting and attempted to provide medical assistance, but Officer Vance was not breathing, in cardiac arrest, and had no pulse. According to Dr. William McCormick, Deputy Chief Medical Examiner for the State of Tennessee, the bullet entered Officer Vance’s right eye and proceeded in a sharp downward angle, causing massive shattering of the middle and anterior cranial parts. Officer Vance died “as the result of a single intermediate range gunshot wound to the face, with the entrance slightly above the right eye about the level of the mid-eyebrow with destruction of the skull[,] damage to the brain[,] ․ and bleeding.”