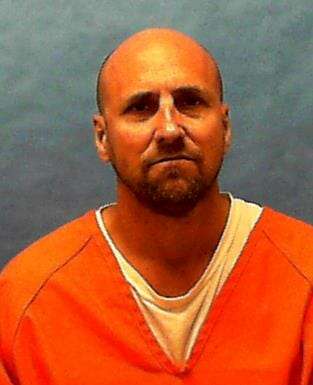 Paul Anthony Brown was convicted and sentenced to death for the murder of Roger Hensley on November 5, 1992. Paul Anthony Brown moved from Tennessee to Daytona Beach in October of 1992. He met Scott Jason McGuire and the two spent several weeks abusing drugs and alcohol together. Brown decided to go back to Tennessee, however, had no means of getting back, and McGuire’s vehicle was immobile. Brown and McGuire met Roger Hensley, the victim, outside a bar on November 5, 1992.

The three men returned to Hensley’s apartment to have a beer and smoke marijuana. At one point, Hensley invited Brown and McGuire to stay the night, and then he retired to bed. According to McGuire’s court testimony, Brown told him that he was going to shoot Hensley and steal his vehicle. McGuire was concerned about the loud sound that a gunshot would produce, so Brown obtained two knives from the kitchen and motioned to McGuire that he would slit Hensley’s throat. McGuire reportedly threw the knife down and refused to participate in the murder. At that point, Brown said he would do it himself, but ordered McGuire to block the doorway, so that Hensley could not escape. Brown entered the bedroom and began to stab Hensley. McGuire heard Hensley exclaim “No!” and upon entering the room, he saw Hensley drenched in blood and gasping for air. Brown found the keys to Hensley’s vehicle and the two men fled to Tennessee.

Brown was arrested by the Federal Bureau of Investigation on November 8, 1992 for his involvement in a Tennessee bank robbery. When the FBI questioned him, Brown confessed to partaking in the murder of a Florida man, but implicated McGuire as the one responsible for slitting Hensley’s throat.

Brown was sentenced to death in Hillsborough County on November 7, 1996.

Co-defendant information:
Scott Jason McGuire pled guilty to second-degree murder for his part in the murder of Roger Hensley on November 5, 1992. On September 28, 1993, McGuire was sentenced to 40 years in prison.