Jane Head, a sixty-two-year-old woman, lived alone in a mobile home in Wilmington.   Jane Head’s first career was as a special education and first-grade teacher.   At the time of her murder, she was a nanny and home care provider, serving both children and the elderly.   Her residence was in the same mobile home park where defendant and his family resided.   Approximately three months before the murder, a break-in occurred at Jane Head’s residence in which the intruder stole her television.   Mrs. Head told her daughter and investigators that she believed defendant was the perpetrator.   Approximately a week before her murder, Mrs. Head telephoned her son’s wife around 9:30 or 10:00 p.m. and confided to her in a whispered voice that defendant was banging on her door and that she was afraid.

Defendant disclosed to mental health professionals that on 4 October 2002, the day of the murder, he had been using crack cocaine and drinking beer at a picnic table near the victim’s residence.   When he saw the victim arrive, he approached her and asked her for a ride to the store in order to purchase more beer.   According to defendant’s recitation to the mental health professionals, the victim agreed to drive defendant to the store, but stated that she needed to use the restroom before leaving.   Defendant then decided to rob her to garner cocaine money.   Grabbing a small paring knife from her kitchen, defendant awaited his victim’s return from the restroom, after which he stabbed her sixteen times in the face, head, neck, back, shoulder, and chest.   While stabbing her, defendant asked the victim “Where is the money?” and when she asked him, “Why are you doing this?” he told her to “Shut up, do you have any money?”   Eventually defendant obtained her ATM card, stabbed her a few more times and then demanded her PIN from her.   She told him the PIN, which was composed of numbers corresponding to letters that spelled a family member’s name.   Defendant put the knife down to record the number on a piece of paper.   He then stole the victim’s van, drove it to a store to purchase cigarettes and beer, and then proceeded to the ATM, where he withdrew $400 from the victim’s bank account.

The victim’s daughter, Joni Head Carson, and her husband, Bill Carson, arrived at the victim’s residence at approximately 4:55 p.m. on the day of the murder.   They had previously spoken to the victim by telephone at 4:30 p.m. When the victim’s daughter entered the residence, she found her mother lying face down on the guest bedroom floor, with a large pool of blood around her.   Mr. Carson called 911, and the couple attempted to resuscitate the victim to no avail.

Officer Kevin Getman of the Wilmington Police Department responded to the scene of the crime.   An emergency medical technician told Officer Getman that a window on the adjoining mobile home appeared to have been broken.   Officer Getman then entered the nearby mobile home to determine whether any other victims existed.   Upon entry Officer Getman, along with Officer Weeks, discovered blood on the blinds and on clothing bundled up beside the window.   The officers then obtained a search warrant for the mobile home, which happened to be defendant’s residence.   They found a bloody, bent knife matching the description of the victim’s missing paring knife on the ground under the open window of defendant’s residence.   The DNA profile of the blood on the knife, the blood on the blinds, the blood on a shirt found in defendant’s mobile home, and blood found in defendant’s sink matched that of the victim.

The next night, 5 October 2002, police responded to a report that defendant and his father were fighting at the mobile home park.   Defendant was subsequently arrested for the murder of Jane Head. At the time of his arrest, defendant’s shorts were stained with blood.   The DNA profile of the blood on defendant’s shorts matched that of the victim.   On 13 January 2003, defendant was indicted by the New Hanover County grand jury for the murder and robbery with a dangerous weapon of Jane Head.

Defendant’s evidence at the guilt-innocence proceeding tended to show that his father, Paul Ransom, was a violent man, especially toward defendant and his mother.   Mr. Ransom beat defendant and his mother on multiple occasions, prompting significant intervention by the Department of Social Services.   Additionally, the evidence tended to show that defendant abused alcohol and illegal drugs.   Psychologist James Hilkey testified as an expert in forensic psychology and drug abuse and addiction.   It was his opinion that defendant was intoxicated at the time of the murder and was affected by dysthymia and post-traumatic stress disorder.   Additionally, Dr. Hilkey testified that defendant met the criteria for borderline personality disorder. 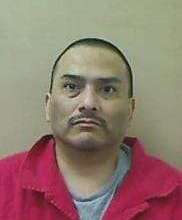 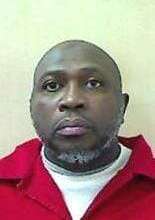 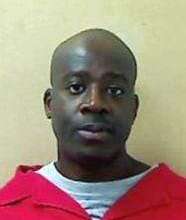 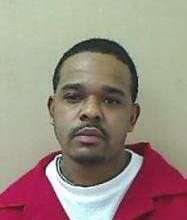