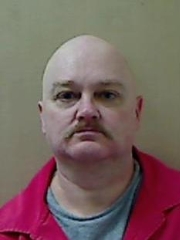 John Scott Badgett (defendant) was indicted for the armed robbery and
first-degree murder of Grover Arthur Kizer (victim).   Defendant was
tried capitally at the 19 April 2004 criminal session of Randolph County
Superior Court.   Defendant’s conviction for first-degree murder was
based on a theory of malice, premeditation, and deliberation, and the
felony murder rule.   Following a capital sentencing proceeding, the
jury recommended a sentence of death

At some point in the evening the victim, who suffered from a mental
disability, began complaining to defendant about his next-door
neighbors.   He explained to defendant his belief that the police had
failed to respond adequately to complaints he had made against the
neighbors.   At some point, the victim began yelling about “workers of
iniquity” and pointing his finger at defendant.
Defendant argued
briefly with the victim, then opened a folding pocketknife and stabbed
him in the neck.   The stabbing severed the victim’s right carotid
artery and damaged his trachea, Adam’s apple, and windpipe.   As blood
squirted from his neck, the victim ran to a telephone in his kitchen.
Defendant followed the victim into the kitchen and slashed the victim’s
right arm with the pocketknife, leaving a deep wound.   The victim
picked up the telephone to call for help, but defendant pushed him away
from the phone, knocking him to the floor.   The victim fell prostrate,
dying within a few minutes.