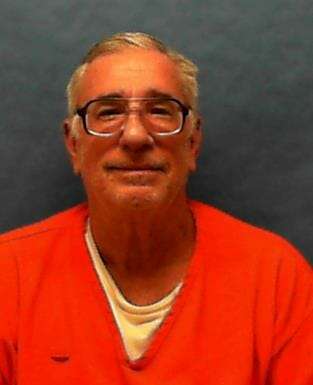 Anderson’s conviction rested primarily upon the trial testimony of his girlfriend, Connie Beasley.   Beasley testified at trial that in 1987 Grantham had offered her $30,000 in exchange for her sexual favors.   She rejected Grantham’s offer but told Anderson of the proposal.   Beasley testified that Anderson believed Grantham was rich and would return from a gambling trip to Las Vegas with a lot of money.   Anderson told her to agree to spend one night with Grantham for $10,000.   Anderson and Beasley prearranged for her to get Grantham drunk, after which Anderson would rob him.   Beasley agreed to implement the plan by meeting Grantham on May 7, 1987, when he returned from Las Vegas.   Following drinks and dinner, Beasley lured Grantham to Anderson’s apartment.   Anderson arrived later, ostensibly to return Beasley’s car and to request a ride.   Grantham agreed to drive Anderson, and Anderson insisted that Beasley join them.   While in the car, Anderson shot Grantham four times and left Grantham’s body in a wooded area.   He then drove to the Tampa Airport, abandoned the car, and returned with Beasley to the apartment.   He cut open Grantham’s satchel and found $2,600.

The state also presented the testimony of two of Anderson’s business acquaintances.   David Barile testified that Anderson had told him the day after the murder that he had shot a man four times and dumped his body in the woods.   Larry Moyer testified that Anderson had said on June 2, 1987, that he and his girlfriend “wasted a guy that was supposed to have a million dollars, and he only had $3,000.”   A firearms expert testified that four discharged .22-caliber cartridge casings found in Grantham’s car had been fired from a pistol recovered from the Hillsborough River.   Florida Department of Law Enforcement (“FDLE”) agents recovered the pistol near the bridge where, according to Beasley, Anderson had thrown it.

Anderson refused to permit defense counsel to call any witnesses on his behalf during the penalty phase.   Defense counsel merely introduced the information charging Beasley, Anderson’s girlfriend, with third-degree murder, to show that Anderson was treated more harshly than Beasley.   The jury recommended the death penalty by an eleven-to-one vote.   The trial court found two aggravating circumstances [Anderson had been convicted of another capital felony, and the murder was committed for pecuniary gain in a cold, calculated, and premeditated manner], a single mitigating circumstance [Beasley had been allowed to plead guilty to murder in the third degree, which carried a maximum sentence of three year’s imprisonment], and imposed the death penalty.