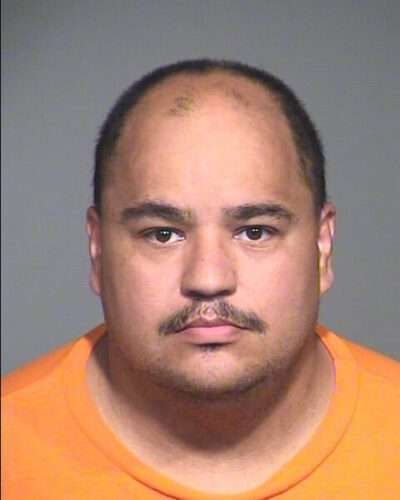 Leta Kagen (30), Leta’s 15-year-old son, Robert Delahunt, Roland Wear (50) and Bobby Poyson (20) lived in a remote area of Mohave County. On August 13, 1996, Frank Anderson (48) and Kimberly Lane (15) had been hitchhiking in the area, and Leta agreed to let Anderson and Lane spend the night. Anderson, Poyson, and Lane decided to kill Leta, Robert, and Roland, and steal Roland’s truck. Lane enticed Robert into a travel trailer on the property, where Anderson cut Robert’s throat nearly from ear to ear with a bread knife. Anderson held the struggling boy down, while Poyson pounded the bread knife through Robert’s ear, and out his mouth. Poyson finally ended Robert’s struggling by crushing his skull with a rock. Three to four hours later, Anderson and Poyson entered Leta’s mobile home, and Poyson killed her by shooting her in the head with a rifle, as Anderson held a lantern for light. Roland awoke, and Poyson shot him in the mouth. Poyson then hit Roland with the rifle stock, and Anderson hit him with the lantern. Roland and Poyson struggled out into the yard, where Poyson bludgeoned Roland to death with a cinder block.

Poyson met Leta Kagen, her fifteen year-old son, Robert Delahunt, and Roland Wear in April of 1996.   The defendant was then nineteen years old and homeless.   Kagen allowed him to stay with her and the others at their trailer in Golden Valley, near Kingman, Arizona.   In August of the same year, Kagen was introduced to forty-eight year-old Frank Anderson and his fourteen year-old girlfriend, Kimberly Lane. They, too, needed a place to live, and Kagen invited them to stay at the trailer.

¶ 3 Anderson informed the Robert Poyson that he was eager to travel to Chicago, where he claimed to have organized crime connections.   Because none of them had a way of getting to Chicago, Anderson, Poyson and Lane formulated a plan to kill Kagen, Delahunt, and Wear in order to steal the latter’s truck.

¶ 4 On the evening of August 13, 1996, Lane lured Delahunt into a small travel trailer on the property, ostensibly for sex.   There, Anderson commenced an attack on the boy by slitting his throat with a bread knife.   Poyson heard Delahunt’s screams and ran to the travel trailer.   While Anderson held Delahunt down, the defendant bashed his head against the floor.   He also beat the victim’s head with his fists, and pounded it with a rock.   This, however, did not kill Delahunt, so Poyson took the bread knife and drove it through his ear.   Although the blade penetrated the victim’s skull and exited through his nose, the wound was not fatal.   Robert Poyson thereafter continued to slam Delahunt’s head against the floor until he lost consciousness.   According to the medical examiner, Delahunt died of massive blunt force head trauma.   In all, the attack lasted about 45 minutes.   Remarkably, Kagen and Wear, who were in the main trailer with the radio on, never heard the commotion coming from the small trailer.

¶ 5 After cleaning themselves up, Poyson and Anderson prepared to kill Kagen and Wear. They first located Wear’s .22 caliber rifle.   Unable to find any ammunition, the defendant borrowed two rounds from a young girl who lived next door, telling her that Delahunt was in the desert surrounded by snakes and the bullets were needed to help rescue him.   Robert Poyson loaded the rifle and tested it for about five minutes to make sure it would function properly.   He then stashed it near a shed.   Later that evening, he cut the telephone line to the trailer so that neither of the remaining victims could call for help.

¶ 6 After Kagen and Wear were asleep, Poyson and Anderson went into their bedroom.   Defendant first shot Kagen in the head, killing her instantly.   After quickly reloading the rifle, he shot Wear in the mouth, shattering his upper right teeth.   A struggle ensued, during which the defendant repeatedly clubbed Wear in the head with the rifle.   The fracas eventually moved outside.   At some point, Anderson threw a cinder block at Wear, hitting him in the back and knocking him to the ground.   While the victim was lying there, the defendant twice kicked him in the head.   He then picked up the cinder block and threw it several times at Wear’s head.   After Wear stopped moving, the defendant took his wallet and the keys to his truck.   In order to conceal the body, the defendant covered it with debris from the yard.   Poyson, Anderson, and Lane then took the truck and traveled to Illinois, where they were apprehended several days later.