In March and April, 1999, appellant committed a series of bank robberies in Houston, Texas.   He purportedly planned to use the proceeds of the robberies to go into business with his friend, Esteban (“Steve”) Herrera.   Appellant’s plan never came to fruition, however, because Steve Herrera and his family were murdered in their home in Houston in the early morning hours of April 24, 1999.   Appellant was the last person seen with Steve at his house prior to the murders.

Steve Herrera’s brother, Edward, testified that he and Steve both sold drugs, and he often supplied Steve with drugs.   A week before the murders, Edward went to the house that Steve shared with his girlfriend, Nilda Tirado, and their three children.   Edward, Steve, and appellant played pool and drank beer in Steve’s garage that night.   When Steve went inside the house, appellant told Edward that he and Steve planned to open a bar together.   Edward testified that Steve never told him that he had any plans to go into business with appellant.

Edward saw appellant at Steve’s house again on the evening of April 21.   They played pool in the garage, and Steve went inside the house at one point.   While Steve was inside, Edward saw appellant take a large amount of money out of his own wallet and count it.

On April 23, Steve paged Edward at 9:00 p.m. and 11:00 p.m. When Edward returned his pages, Steve asked if Edward could get him some cocaine.   Steve called Edward from appellant’s cell phone at 2:00 or 2:30 a.m. and said he was on his way home.   Edward received pages again at 3:00 and 4:00 a.m. He spent the night at a friend’s house that night, and he did not learn what happened to Steve and his family until the next morning.

Steve’s brother-in-law, Victor Martinez, testified that he went to Steve’s house in his white Ford Escort shortly after 10:00 p.m. on April 23.   When he arrived, the garage door was raised and Steve and appellant were drinking beer and playing pool in the garage.   Sometime around midnight, Nilda opened the door and called to Steve. He walked over to her and they exchanged a few words and a kiss, then she went back inside and the men continued playing pool.   During the course of the evening, Victor Martinez heard Steve and appellant talk about trying to get some cocaine from Edward.

They decided to go to a nightclub, Rick’s Cabaret, at 12:30 a.m., so Steve lowered the garage door, and the three men left in Martinez’s car.   They arrived at around 1:00 a.m. and left sometime after 2:00 a.m. It took them about fifteen or twenty minutes to drive back to Steve’s house.   On the way home, Steve used appellant’s phone to page Edward.   When they returned, they talked in front of the house while Steve and appellant smoked marijuana, then Steve and appellant went inside the garage, and Martinez drove home.   Martinez testified that when he left, the garage door was raised and Steve and appellant were playing pool.   Martinez arrived home at about 3:30 a.m. and went directly to bed.   He testified that he never saw appellant enter Steve’s house that evening.

Gregory Francisco, who lived across the street from Steve Herrera, testified that he saw Steve in his driveway with two of his children at 4:30 or 5:00 p.m. on April 23.   At 9:00 or 9:30 p.m., he noticed that Steve’s garage door was lowered to shoulder-level and that there were people inside the garage listening to music.   Some vehicles were parked in front of the house, including a white car that looked like a Ford Escort.   He went to bed at about 12:30 a.m. When he went outside at approximately 6:00 a.m. the next morning, Steve’s garage door was lowered and he saw smoke and heard loud music coming from the house.   No one answered the front door when Francisco and his wife rang the doorbell, so they tried to enter the house through the side door to the garage.   The door was hot, and there was smoke coming out from under it.   Francisco kicked the door open and saw Steve lying face-down in a pool of blood inside the garage, so he told his wife to call 911.   Firefighters arrived shortly thereafter and found Nilda’s badly burned body on a couch in the living room.   The fire was confined to the couch area and was merely smoldering at the time, but the house was filled with smoke.   Firefighters also discovered the bodies of Steve’s seven-year-old daughter, Valerie Herrera, and Nilda’s seven-year-old daughter, Rachel Elizabeth Cumpian, in one bedroom, and the body of Steve and Nilda’s twenty-two-month-old daughter, Jade Herrera, in the master bedroom.   The children’s bodies were covered in soot, and they appeared to have died from smoke asphyxiation.

Investigator Marshall J. Kramer testified that flammable liquids were used to deliberately set the fire in the living room.   A burned red plastic gasoline container, an aerosol can, and a roll of paper towels soaked in a flammable liquid were on the living room floor, and a burned one-gallon metal can was on the couch next to Nilda’s body.   The metal can contained Kutzit, an extremely flammable liquid that is normally used to dissolve tile glue.   Other cans of Kutzit were found in lockers inside the garage and in a storage shed behind the house.   Nilda was lying face-down on the couch, and there was blood around her head.   Her body was “charred from the exterior.”   Kutzit or gasoline had been poured on her body and the couch.   Police found a spent bullet under the carpet where the couch was located.   There were no signs of forced entry, and Steve had a wallet in his back pocket that contained approximately $900.

Appellant gave two written statements to police.   In his first written statement, he said Steve picked him up at 8:00 or 9:00 p.m. on April 23, and they went over to Steve’s house to play pool and drink beer in the garage.   Martinez joined them at about 11:00 p.m. They later went to Rick’s Cabaret in Martinez’s car and stayed until 2:00 a.m. Martinez drove them back to Steve’s house, where they again played pool and drank beer, and Martinez left twenty or thirty minutes later.   At some point, Nilda opened the door leading into the garage and gave Steve “a look,” so appellant “knew it was time to leave.”   Steve drove him home in his black Honda Prelude at 4:00 a.m., and he went straight to bed.

Appellant later changed his story when a detective asked him what he would do if his semen was found in or on Nilda’s body.   In his second written statement, he added that he had been having an affair with Nilda.   He said that he went inside the house at one point during the evening while Steve remained in the garage.   He and Nilda went into a bathroom, and he bent her over the sink and began having sex with her.   They stopped because they mistakenly thought they heard Steve enter the house.   Then Nilda began “sucking [his] dick and jacking [him] off,” and he did not remember “if [he] came or not.”   He went back into the garage afterwards and told Steve to take him home.   He claimed that he and Nilda had only “messed around” and kissed on prior occasions, and that night was the first time they had sex.   He said he had never told anyone about their affair because it would ruin Nilda’s reputation.

Police searched the home where appellant lived with his parents and found guns, boxes of ammunition, and receipts for guns and ammunition.   Police also found a semiautomatic-pistol magazine that did not fit any of the weapons that were recovered.   Firearms examiner Matthew Clements examined the spent bullet found in the living room and the bullet recovered from Steve’s body and concluded that they were fired from the same weapon.   Clements testified that the magazine recovered from appellant’s home was identical in design to a magazine for a nine-millimeter Ruger P85 pistol.3

In May 1999, shortly after the murders of Steve Herrera and Nilda Tirado, appellant confessed to committing March and April bank robberies, and he was convicted in federal court in September 1999.   Michael Beckcom, a fellow inmate at the federal prison in Beaumont, testified against appellant at trial.   Beckcom testified that appellant told him that he committed the murders.   Appellant explained to Beckcom that he killed Steve because he “took $250,000 of [his] hard-earned money.” 4  He said that he and Steve argued about the money in the “pool room,” and that he thought Steve was going to kill him, so he shot him in the back of the head.   Nilda came into the garage during the argument and ran inside the house to call the police.   He shot Nilda in the back of the head and she fell face down onto the couch.   He looked for the money inside the house and could not find it.   He stated that he set the fire to cover his tracks, and that the children were in bed and died from smoke inhalation.   He bragged to Beckcom, “Anybody that can go into a house and take out a whole family and get out without being seen is a bad mother fucker, and I’m that mother fucker.”

Beckcom testified that appellant told him that the police had DNA evidence, but Steve and Nilda had an open relationship, and it was common knowledge that he and Nilda were having an affair.   He said police were looking for a .38 caliber pistol, but that gun was not the murder weapon, and it was “clean” because he had sold it to “some girl.”   He also stated that police found two drops on his shoe that looked like blood but were actually catsup. 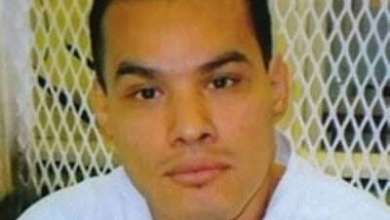