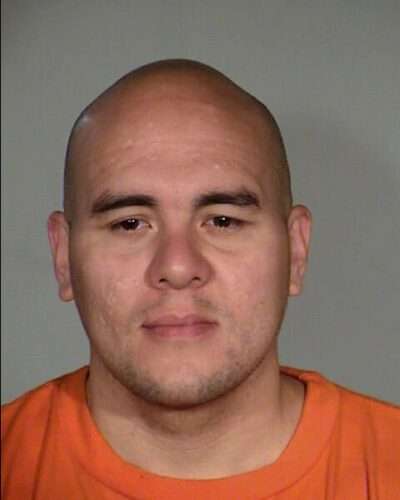 Ruben Garza was sentenced to death by the State of Arizona for the murder of a couple. According to court documents Ruben Garza uncle Larry Franco had recently separated from his wife Ellen Franco. Ruben Garza accompanied his uncle to the woman’s new residence and the plan was to help Larry to convince his wife to get back together. However once in the home Ruben Garza would shoot and kill Ellen Franco. Lance Rush and Jennifer Farley would hide in a back bedroom. Jennifer would hide in a closet. Lance was involved in a brief scuffle with Ruben Garza that ended with Garza shooting him.three times. Ruben Garza was arrested, convicted and sentenced to death

Ellen Franco separated from her husband, Larry Franco, and moved into the home of Jennifer Farley and Lance Rush. Ruben Garza who is Larry Franco’s nephew, went to the Franco/Rush residence on the night of December 1, 1999, ostensibly to convince Ellen to reconcile with Larry. However, after Garza entered the Farley/Rush home, he drew a handgun and shot Ellen Franco twice. Jennifer and Lance attempted to escape the same fate by locking themselves in a bedroom, where Jennifer hid in a closet. Garza broke through the bedroom door and began struggling with Lance. Garza shot Lance three times and sustained a gunshot wound to his own arm. Jennifer called 9-1-1 after Garza fled. Despite the efforts of paramedics and emergency surgeons, both Ellen and Lance died from their gunshot wounds. Police arrested Garza the following day

In September 1999, Ellen Franco moved into a two-bedroom house in Waddell occupied by Jennifer Farley and Farley’s boyfriend, Lance Rush. Ellen had recently separated from her husband, Larry Franco.

¶ 4 At approximately 10:30 p.m. on December 1, 1999, Farley heard a knock at the door.   Upon opening the door she saw a Hispanic male who was five feet nine or ten inches tall, about 180 to 200 pounds, and had bad acne.   He had a large tattoo on his left arm.   The visitor pointed at Ellen, who was by then standing behind Farley, and said, “I am here to see her.”   Ellen identified the visitor as “Ben,” whom Farley understood to be Ellen’s relative.2

¶ 5 Ellen went outside;  Farley went to her bedroom and told Rush about the visitor.   Farley then heard two gunshots.   Rush and Farley scrambled to grab one of the guns they kept in their bedroom, and Farley took a pistol from her nightstand.   By the time she removed the gun from its holster, the locked door to the bedroom had somehow been opened.

¶ 6 Rush, who had not been able to get one of the other firearms, motioned for Farley to stay in the room and went into the hallway.   Farley heard a gunshot almost immediately thereafter and quickly hid in the bedroom closet.   After entering the closet, she heard several more shots.

¶ 7 After waiting briefly, Farley came out of the bedroom closet.   She saw Ellen lying face down in the living room in a pool of blood.   After determining that Ellen was alive, Farley looked for Rush. She found him in the guest bedroom opposite their bedroom.   He was conscious but bleeding.   Farley dialed 911, and police and paramedics arrived within minutes.   Rush was lucid and said, “Someone kicked the door and started shooting.”

¶ 9 Around 12:45 a.m. on December 2, Ruben Garza bought bandages, gauze, and hydrogen peroxide from a drugstore in west Phoenix.   Later that morning, he was treated at Phoenix Baptist Hospital for a gunshot wound to his left arm.   The hospital contacted Phoenix police.   Garza told the responding officer that he was walking down the street when an unknown assailant drove by and shot him.

¶ 10 Maricopa County Sheriff’s Office (“MCSO”) detectives questioned Garza the next morning.   Garza first claimed that he had been shot in a drive-by, but changed his story when told that he had been identified by Farley as the visitor to the Waddell house.   He then stated that he had gone there to persuade Ellen to reconcile with Larry.   Ellen came out and talked to him.   When their conversation turned into an argument, Garza pulled out his gun and shot her.   Garza said he then “blacked out” and was “in a daze.”   He told the detectives he did not remember seeing a man at the house, but that the woman who had originally answered the door charged at him with a knife and he shot at her.   At some point someone shot at him;  he felt a “sting” in his arm and returned fire.

¶ 11 Garza was arrested and on December 2 made two phone calls from jail to Laurel Thompson.   In the first conversation, Garza said he was “going to be here [in jail] for a couple years” and that he “did to someone else” what the two had discussed doing to a boyfriend who had assaulted Thompson.

¶ 12 In the second conversation, Thompson told Garza that he was on every newscast.   Thompson asked Garza how he got caught;  he told her, “I got shot.”   Garza questioned Thompson about the news coverage and their friends’ reaction to it.   Garza asked her how many victims were being reported, and she said that he had killed two people.   Garza told Thompson that he did not remember whom he shot, and they both chuckled.   When asked whether it was self-defense, Garza said, “On one count it was, on one count it wasn’t․ The guy shot me, then I shot him.”

¶ 13 Garza’s car was searched on December 4. Two white cloth gloves were found on the front seat floorboards.   One glove was stained with blood, later identified through DNA testing as Garza’s.   Under the front seat was a bloodstained green cloth glove.   DNA testing also identified that blood as Garza’s.   Garza’s blood was also found on the passenger side of the car and in two locations in the hallway of the Waddell house.

¶ 14 A box of 9 mm ammunition was found under the driver’s seat;  Garza’s fingerprints were on the box.   These bullets were the same type as those found at the murder scene.   A 9 mm pistol was found in Garza’s belongings at his apartment;  testing showed that the pistol had fired the bullets found at the murder scene.   No bullets fired by any other gun were discovered at the scene, which suggests that Garza’s wound came from his own gun.

¶ 15 Farley identified Garza at trial as the intruder.   Eric Rodriguez, a longtime friend of Garza’s, testified that before the murders he rejected Garza’s offer to join him in a venture that would require that they “get a little dirty” in order to make some money.   Charles Guest, a more recent acquaintance, testified that two or three weeks before the murders Garza asked if he was interested in helping Garza with some “family problems.”