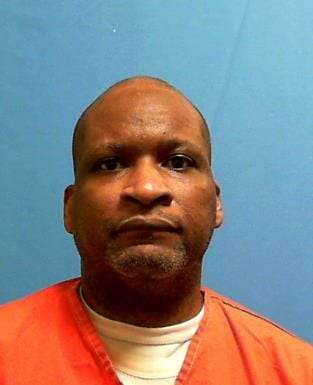 Maltz soberly read the decision from an abbreviated version of his 49-page sentencing order. He made no personal comments and provided no lecture nor further condemnation of the defendant.

Bush, who had little reason to be surprised by the ultimate sentence, showed little reaction to the order.

Bush was found guilty Aug. 2 at the conclusion of a jury trial for the murder of his estranged wife, Nicole Bush, 35, of Julington Creek. On the morning of May 31, 2011, Nicole Bush was found shot six times, stabbed and beaten with an aluminum baseball bat but still living. She died later at a Jacksonville hospital.

Following the verdict, jurors went through arguments during the penalty phase. On. Aug. 18, they voted to recommend the death penalty for Bush.

Maltz was not required by law to follow the jury’s recommendation. He could have opted for a sentence of life in prison without the possibility of parole.

“The death penalty is reserved for the worst of the worst,” State Attorney RJ Larizza said in a release. “The exceptionally deranged and brutal murder committed by Sean Bush absolutely fits within this category. A sentence of death was the only reasonable and appropriate punishment for this crime.”

Bush is the first defendant in St. Johns County for whom a jury has recommended death since the state Legislature, earlier this year, passed a new law in the wake of higher court decisions requiring all 12 jurors to vote for the sentence. Prior to a January 2016 decision from the U.S. Supreme Court, and subsequent rulings from the Florida Supreme Court, judges could sentence a defendant to death with only a majority of jurors voting for a recommendation of the death penalty.

In his sentencing order, Maltz wrote that he considered five aggravating factors, including the fact that Bush had been convicted of aggravated assault against his second wife in 2000. He also gave great weight to the brutality of the murder.

“The jury unanimously found the aggravating factors are sufficient to warrant a death sentence,” Maltz wrote. “This Court agrees with the jury’s finding.”

The defense presented several mitigating circumstances during the August penalty phase hearing, including testimony that Bush was abused by a mother who was mentally ill.

“While this Court recognizes, as did the jury, the existence of mitigating circumstances, they pale in comparison to the aggravating factors present here,” Maltz wrote.

Representing Nicole Bush’s family were close friends Lenora Billington and Tracie Walker. They both thanked the attorneys and investigators for the prosecution, law enforcement officers and the judge for getting the maximum penalty for Sean Bush.

“We just want to say thank you for helping us through this process,” Billington said. “We know it’s been a long process through these years. We thank (them) for all of the manpower they put into everything. We’re pleased with the verdict.”