hree Northampton County men were selected late Wednesday to complete the jury that will decide whether Stephen Rex Edmiston lives or dies.

Edmiston then asked for a jury to decide whether he faces death in the electric chair or life in prison for the October death of 2-year-old Bobbi Jo Matthew of Clearfield County.

A jury was selected outside the area of Cambria, Huntingdon and Clearfield counties because of extensive publicity about the case. After his arrest in the Matthew case, Edmiston was tried and acquitted by a Berks County jury of molesting another young girl.

He was free on bail on the molestation charges when he committed the Matthew murder.

Bobbi Jo Matthew was abducted from her bed in the early morning hours of Oct. 5. Edmiston, an acquaintance of the child’s parents and a former lover of her grandmother, was questioned by state police in connection with her disappearance. He drew police a map with an “X” marking the spot where her raped and lifeless body was found.

Edmiston raped the child and scalped her and fractured her skull. She also had a puncture wound in her chest, and burns on her face and chest. Prosecutors have theorized the puncture and burns were the result of her attempt to escape Edmiston after the sexual assault by crawling under his vehicle, where she was burned and wounded by the vehicle’s hot catalytic convertor.

The prosecution, represented by Cambria County District Attorney Timothy Creaney, is seeking the death penalty on the grounds that the murder was committed by means of torture and while in the course of the sexual offenses, which are felonies.

Edmiston, who appeared in the courtroom unshaven and with long, lank hair throughout the jury selection proceedings Monday and Tuesday, had a shower, shave and haircut during the lunch recess Wednesday. His mother had accused authorities at Northampton County Prison of withholding grooming opportunities, but authorities said Edmiston refused those he was offered.

Edmiston was held in administrative segregation during his stay at the prison for his safety. Child molesters frequently are targeted for abuse by other prison inmates.

The Northampton County jury of seven women and five men, plus the two male alternates, will be sequestered in Cambria County for the duration of Edmiston’s sentencing trial, which is expected to last about a week 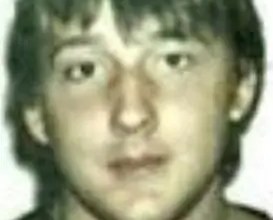