In the afternoon of February 17, 1984, the body of Kathy Kurmchak was found in the ladies restroom of Genetti’s Manor, a restaurant located in Dickson City, Pennsylvania. The victim, then age 19, was a waitress at the restaurant. She was found slumped in the corner of the bathroom stall in a pool of blood; she had sustained approximately thirty stab wounds.

A subsequent police investigation revealed that a yellow Chrysler LeBaron was seen parked behind the restaurant that day. Routine questioning of all employees revealed that appellant, Steven Duffey, then an employee of Genetti’s Manor, had stopped by the establishment that day to drop off a W-4 tax form. It was determined that appellant drove a yellow Chrysler LeBaron and the car behind the restaurant was identified as belonging to him.

Steven Duffey was then asked to come to the state police barracks for further questioning. He was read his Miranda rights and he gave a statement corroborating an earlier statement that he had dropped off a W-4 form and returned home to watch television. He was informed of inconsistencies in his statement, such as the fact that his car was seen behind Genetti’s Manor at the time that he claimed he was watching television. He was also informed that a search warrant was obtained for his car and that the police were looking for blood, clothing fibers, etc. Appellant then decided to make a more complete statement.

Appellant was again read his Miranda rights. He then recounted in great detail how he parked behind Genetti’s Manor and proceeded into the restaurant. He found Kathy Kurmchak alone in the office. Appellant quietly entered the kitchen where he found a large butcher knife. Appellant slipped the knife into his pants and made his way back into the office.

Kathy Kurmchak responded “no way” to appellant’s suggestion. She then inquired, “what are you going to do, stab me?” Appellant took her watch from her wrist and stabbed Ms. Kurmchak. The victim grabbed the knife with her hands and said “don’t, don’t.” Appellant stabbed her two or three more times and she started to slide down the wall of the bathroom stall. Appellant stabbed the victim five or six more times and the victim began to gasp. Appellant then stabbed her in the throat. Appellant exited the building. He buried the knife in the swamp behind the restaurant, got in his car, and drove home.

Appellant next gave a question and answer-type statement to the police. He recounted how he went to Genetti’s Manor that morning to drop off his W-4 form. There were two women present at the time. He returned later to find that one woman had gone. He drove to the rear of the building and parked his car. He then went back into the restaurant to rob it because he thought the victim had the key to the safe.

Steven Duffey went to the kitchen and found a knife. He walked to the office and stood by the door for about twenty minutes. The urge then came over him to “get it done.” He proceeded into the office and demanded money from the victim. She gave him three one dollar bills and a handful of quarters from the tip jar, as well as four or five dollars from her purse.

Steven Duffey again recounted how he marched the victim to the ladies bathroom. He told her to turn around. She refused and asked “what are you going to do, stab me?” He responded “yes, if I have to.” He further stated, “give me your watch.” He stuck the watch in his pocket and took the knife by the handle. He then demonstrated for the officer who was taking the statement, how he held the *356 knife, how the victim tried to grab it, and how he stuck it into her stomach.

Steven Duffey recounted how the first stab wound was beneath the victim’s breast. She looked at him and said “don’t, don’t.” He stabbed her two or three more times and she began to “creep” down the wall. She slid down and hit the flush on the toilet, and blood began to run out of her into the toilet. Appellant further stated: “I then stabbed her around the throat because she was gasping and trying to say something. After I stabbed her near the throat she slid down the rest of the way to the floor.”

Appellant then stated “I stood there and felt her face and shirt to see if she was breathing. She was still breathing. I walked out [of] the stall by backing up. I looked back at her and her mouth was open like she was gasping for air. There was blood all over the place.” The rest of appellant’s statement detailed his actions after he left the crime scene. 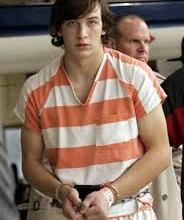