A drug dealer from Tennessee is headed to Texas death row for ordering the killing of a mall security guard who witnessed a drug deal gone bad.

Tarus V. Sales, who lived in Nashville until he was taken into custody by Texas authorities, was sentenced to death Saturday by a Harris County jury that convicted him of capital murder last month.

The jury, which spent three days last week deliberating his sentence, had the option of sentencing Sales to life in prison or death.

Prosecutors said Sales ordered friends William Herschel Ostine and Cheryl Kissentaner, both from Tennessee, to kill Tyrone Butler, 33, who witnessed a shootout in a Houston mall parking lot in February 2000.

Butler, of Houston, was fatally shot on July 21, 2000 while he was stopped at a Houston intersection. Prosecutors say Ostine fired the fatal shot after he and Ostine set up surveillance on Butler.

Ostine, who has not been arrested, has been charged with capital murder. Prosecutors are considering filing a retaliation charge against Kissentaner.

Testimony during Sales’ trial revealed he had been arrested 19 times since he turned 13-years-old.

“If you don’t give that kind of person the death penalty, who do you give it to? You just can’t let that happen and let somebody get away with it because then what happens to our whole (judicial) system?” prosecutor Kelly Siegler said.

Defense lawyers Wayne Hill and Jerome Godinich said prosecutors obtained evidence against their client “by threatening to charge everyone (who knew Sales) with capital murder.”

Siegler said Sales’ volatile past kept witnesses from freely speaking out against the drug dealer.

“All of the witnesses who were involved obviously were going to be his friends that he solicited to try to get to commit the capital murder,” Siegler said. “And when they saw what he did, they didn’t want to come because they knew we couldn’t protect them.”

Godinich asked jurors to sentence Sales to life in prison as opposed to death because of the environment he grew up in. The attorney said Sales grew up exposed to a lifestyle of drugs and crime and had to watch as his mother was beaten by men.

“What this kid grew up with, what he had to deal with explains why he’s here today,” Godinich said. 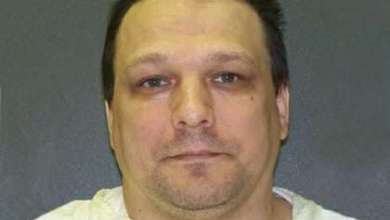