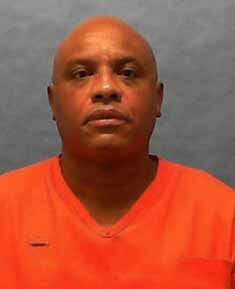 On the day of the murder, the mother [Gwen Cunningham] left her child—then in good health and without injuries—in Davis’s care while she ran an errand.

Thomas Moore, an acquaintance of Davis’s, testified that he arrived at the apartment at around 12:45 p.m. and that Davis answered the door with the victim draped over his arm. Moore said Davis told him Caleasha had choked on a french fry. Moore said that after he called 911 and returned to the apartment, Davis was giving the victim mouth-to-mouth resuscitation. Moore went to the hospital with Gwen Cunningham when she returned.

Davis testified that he had left Caleasha and his friend Moore alone in the apartment at about 12:30 p.m. and went to make some phone calls. He said that when he returned, Moore was gone and Caleasha was having a seizure. He says he administered CPR, put her in the shower to revive her, and accidentally dropped her in the shower. Davis said that when Moore returned, he had him call 911. Davis said that Moore asked him not to mention that he had been with Caleasha because Moore had marijuana in his possession. Sergeant Phillips testified that Davis told him he was alone with the child.

A neighbor, Janet Cotton, testified that she heard a child crying in Cunningham’s apartment and a lot of thumping noises coming from the apartment at approximately noon. She heard Davis say in a loud, angry voice, “Sit down.” She said that thirty minutes after the “ruckus” ended, rescue personnel arrived.

The victim was wet, unconscious, and had blood in her mouth when she was examined in the apartment. She was naked from the waist down, although she had been fully clothed when left with Davis. Davis said that the victim was choking on a french fry and he had been trying to revive Caleasha.

The emergency-room doctor who treated the victim, Doctor DeNicola, testified that the victim was brought in at around 1:40 p.m. with bruising, swelling of the brain, and pools of blood in the skull. Doctor Whitworth, who examined the child at the request of state child welfare authorities, testified that the injuries indicated vaginal penetration by a penis, a finger, or an object. The medical examiner, Doctor Floro, testified that there was no injury to the vaginal area, but that it could have healed quickly. He said the victim had suffered four separate blows to the head, causing cerebral hemorrhage. This was the cause of death.

There was additional bruising, and there was a large collection of blood at the back of the head which was not consistent with being accidentally dropped. The child was revived but died shortly afterward on December 10, 1992.

Id. at 1056–57. At the penalty phase, the State relied on the guilt phase evidence and Cunningham read a victim impact statement. The defense called Davis’s parents as mitigation witnesses.

The jury recommended the death penalty by a vote of eleven to one, and after conducting a hearing in accordance with Spencer v. State, 615 So.2d 688 (Fla.1993), the trial court imposed the death penalty. The trial court found two aggravating factors: (1) the murder was committed during the course of a sexual battery; and (2) the murder was heinous, atrocious, or cruel (HAC). Based on Davis’s three prior convictions—which included a crime of violence—the trial court rejected the asserted mitigating factors of “no significant prior criminal history,” “good person,” and “not violent.” The trial court also determined that Davis’s claim to be a good student was not proven and that his abstention from smoking and drinking and the circumstantial nature of the case were irrelevant. The trial court did give “some weight” to the factor of Davis’s background, based on evidence that Davis was a good child, had musical talent, wrote poetry, and attended church. Davis, 703 So.2d at 1057.