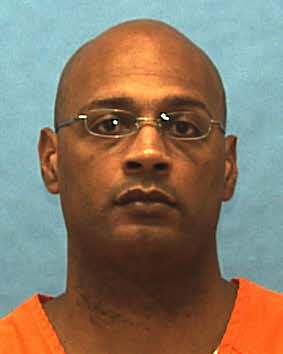 On the morning of August 6, 2004, Christopher Carroll arrived at 3106
Telford Lane in Deltona. He was there to pick up several co-workers who
lived at that address. Upon entering the home, he found blood and
several dead bodies. Carroll then called 911. Deputy Anthony Crane and
other law enforcement officers arrived at the scene. They found the
bodies of six victims: Erin Belanger, Jonathan Gleason, Francisco Roman,
Roberto Gonzalez, Michelle Nathan, and Anthony Vega. They also found a
deceased dog with a crushed skull. The dog was eventually identified as
Belanger’s dachshund, George. Autopsies indicated that all of the
victims died from blunt force trauma to the head, with some of the
victims exhibiting post-mortem stab wounds. Robert Cannon, one of the
codefendants, testified that on August 5, 2004, Michael Salas, Troy
Victorino, Brandon Graham, and Jerone Hunter met at Victorino’s home. A
few weeks prior to the murders, Victorino had been squatting in a house
owned by Belanger’s grandmother. Victorino believed that Belanger had
taken his Xbox and some of his other belongings from the house.
Victorino said he wanted his belongings back. He also said that he
wanted to use lead pipes to kill all of the individuals residing in the
Telford home.

Cannon, Salas, Victorino, Graham, and Hunter agreed to commit the
murders at 10:00 that night. Graham asked Cannon to drop him off at a
friend’s house. Graham did not rejoin the group later that night and did
not participate in the murders. Crime scene technicians took
photographs of shoe impressions inside the house. The technicians also
collected a knife handle, knife blade, and four metal bats from inside
the house. One of the shoe impressions was consistent with a tennis shoe
owned by Hunter. They also recovered a shoelace containing DNA from
Hunter and the victim Gonzalez. Crime scene technicians also recovered
evidence from Cannon’s vehicle. They found glass fragments that matched a
broken lamp from the Telford home. Sunglasses containing Roman’s
fingerprints were also recovered from the vehicle. Detective Lawrence
Horzepa, of the Volusia County Sheriff’s Office, interviewed Hunter on
August 7, 2004. Hunter confessed to his involvement in the murders.
Hunter said that he hit Gleason and Gonzalez with a baseball bat
repeatedly, although he was uncertain as to the exact number of blows.
Horzepa also interviewed Salas. Salas confessed to his involvement in
the murders, and said that Hunter killed Nathan by stabbing her in the
chest. He also said that he disposed of the murder weapons in a
retention pond. The Sheriff’s Office dive team recovered the four
baseball bats used in the murders from a pond in Debary, Florida.

The Deltona Massacre AKA The Xbox Murders