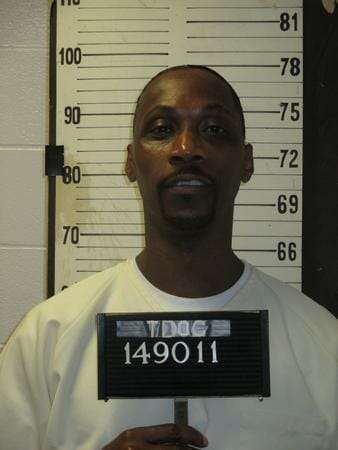 On April 5, 1996, Forrest Smith arrived home from work around 10:00 p.m. He found the appellant, Vincent Sims, and Sims’s cousin, Brian Mitchell, in the process of burglarizing his home.   Mitchell testified that Sims had called him earlier in the evening asking for help in moving a big screen television from a house Sims had burglarized.   Sims picked up Mitchell in a borrowed Toyota Camry belonging to Sims’s girlfriend.   They drove to Smith’s house, parked the car under the carport, and loaded the big screen television in the trunk.   Sims and Mitchell were in the house disconnecting a computer when Smith arrived.   Smith parked his Jeep in the driveway to block the other vehicle’s exit.   When Smith entered the house, Sims and Mitchell ran outside but were unable to get the Camry out of the driveway.   Sims went back into the house while Mitchell remained outside.

Mitchell testified that he heard Sims yelling at Smith to give Sims the keys to the Jeep. Mitchell then heard eight or nine gunshots fired inside the house.   Sims returned carrying Smith’s .380 caliber chrome pistol and the keys to the Jeep. Sims was holding his side and told Mitchell that he had been shot.   Sims threw Mitchell the keys to move the Jeep, and the two fled the scene in the Camry.   Mitchell testified that Sims told him that Sims and Smith had fought over the .380 caliber pistol and that Sims had shot Smith.   Sims told Mitchell that Sims had to kill Smith because Smith had seen Sims’s face.   Sims instructed Mitchell not to talk to anyone about what had happened and later threatened Mitchell’s life after they were in custody.

Smith’s girlfriend, Patricia Henson, arrived at the home shortly after the shooting, sometime between 10:00 and 10:30 p.m. Smith was lying on the kitchen floor in a pool of blood, but he was conscious and asked Henson to call 911.   When asked what had happened, Smith was able to tell Henson and Officer Donald Crowe that there had been a robbery and that Smith had been shot in the head.   Officer Crowe testified that Smith was bleeding from several parts of his body, appeared to have been shot more than once, and was in severe pain.   After receiving treatment by paramedics on the scene, Smith was transported to the hospital.   He died approximately four and a half hours later.

In the meantime, Sims took Mitchell home and picked up Sims’s girlfriend, Tiffany Maxwell, from work after she clocked out at 11:05 p.m. Maxwell testified that Sims was visibly upset and had blood on his shirt.   Upon inquiry, Sims told her that someone had attempted to rob him.   Maxwell also noticed that he had a “deep scar” injury on his side, which she treated herself after Sims refused to go to the hospital.   The following morning, Sims and Maxwell took Maxwell’s car to be washed and detailed.   Maxwell then noticed that the license plate frame on her car was broken.   Sims and Maxwell attended an Easter Sunday church service the next morning.   According to Maxwell, Sims behaved normally with nothing unusual occurring until the following Tuesday when Sims was arrested at Maxwell’s place of employment.

After Sims and Mitchell were in custody, Sims gave Mitchell a letter to deliver to Mitchell’s attorney.   In that letter, Sims recalled the events surrounding the burglary and murder.   Sims alleged that Smith had fired at Sims and Mitchell as they fled the house.   Mitchell testified that this portion of the letter was untrue. Mitchell maintained that no shots were fired until Sims went back inside the house to get Smith’s keys to the Jeep. Sims also contended in the letter that Smith was accidentally shot in the head while the two struggled over the .380 caliber pistol.

Significantly, however, the bullet removed from Smith’s brain was a .22 caliber bullet.   The police also recovered fragments from three or four .22 caliber bullets at the scene.   Mitchell testified that he had seen Sims with a long barrel .22 caliber revolver with a brown handle earlier in the evening.   Although Mitchell did not see Sims with the revolver during the burglary, he did see something protruding under Sims’s shirt.   In addition to the .22 caliber bullets, the police found a bullet fragment from a probable .380 caliber bullet and five fired .380 caliber cartridge cases at the scene.   Officers also recovered from Smith’s carport a beeper that was later identified as belonging to Sims and the broken license plate frame from Maxwell’s car.

Forensic pathologist Wendy Gunther performed the autopsy on Smith. She testified that Smith suffered a gunshot entry and exit wound to his head.   Part of the bullet entered Smith’s brain and lodged in his skull above his right eye, and the other piece exited in front of his right ear.   Smith also suffered multiple blows to his head, neck, shoulders, arms, sides, back, and buttocks.   The bruising indicated that Smith had been struck with a long, narrow, rod-shaped object at least a quarter inch wide.   Dr. Gunther estimated that Smith had been struck at least ten times but probably many more.   She stated that the blows were very hard as evidenced by the immediate bruising on Smith’s body.   Smith suffered at least six blows to his head, one of which fractured his skull at the back of his head.   Dr. Steven Symes, a forensic anthropologist, opined that this head injury was inflicted after the gunshot wound to Smith’s head.   Although the gunshot wound to the head was the worst injury and would by itself have caused death, Dr. Gunther testified that the cause of death was a combination of all of the injuries.

Based upon the above evidence, the jury convicted Sims of especially aggravated burglary and first degree premeditated murder.   Trial then proceeded to the penalty stage.   The State presented evidence through Jennifer Gadd, an employee with the Criminal Court Clerk’s Office, that Sims had two prior convictions for aggravated assault.   The State also submitted all evidence from the guilt phase in support of its position in the penalty phase.

The defense presented five mitigation witnesses, Sims’s mother, father, brother, and two aunts.   These family members testified that Sims was a good child who never got into trouble until sometime in his teens.   They also testified that Sims had close relationships with his family.   One of his aunts, Mary Gardner, worked at the Shelby County Correctional Facility and testified that Sims was a model prisoner while incarcerated there.   On cross-examination the State was allowed to question the mitigation witnesses regarding Sims’s prior convictions for theft in 1990, aggravated assault in 1991, and aggravated burglary in 1993.

The jury returned its verdict finding the following aggravating circumstances:  1) the defendant was previously convicted of one or more felonies involving the use of violence against a person;  2) the murder was especially heinous, atrocious, or cruel;  3) the murder was committed for the purpose of avoiding, interfering with, or preventing the arrest or prosecution of the defendant;  and 4) the murder was committed during the commission of a burglary or theft.   Tenn.Code Ann. § 39-13-204(i)(2), (5), (6), (7).   The jury found that these aggravating factors outweighed any mitigating circumstances and sentenced Sims to death.