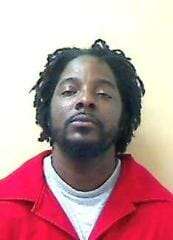 William Eugene Robinson received the death penalty for the 2006 murder of Keith Davon Crump, an employee of R.J. Tuckers in Albemarle. Robinson had also been convicted for the attempted first degree murder of store owner, Robert James Tucker III, who was shot in the face during the robbery.

Robinson will be transferred to Central Prison in Raleigh to await his execution.

Following the verdict, Robinson’s defense counsel gave notice of appeal. Robinson declined to comment after the verdict was read.