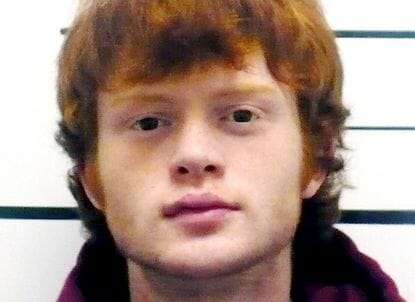 His mother, changing from her stance nearly a decade ago, would also like him to walk free at some point.

Andrew Conley was just 17 when he strangled his 10-year-old brother Conner in their Rising Sun home as their parents were at work in 2009. The teen covered the boy’s head in a plastic bag, then moved the body to a wooded area near the city park. The next day, he walked into the local police department and confessed the crime.

In 2010, Conley pleaded guilty on the first day of the murder trial and received a sentence of life without parole for the fratricide. He’s been serving that punishment at the Pendleton Correctional Facility.

Andrew Conley appealed the sentence to the Indiana Supreme Court, which affirmed the life without parole sentence even though he was only 17 at the time of the killing.

Attorneys for Conley are now trying other avenues to give him a chance of seeing freedom at some point in his adult life. One of those ways is a change of heart by Conley’s mother.

In an amended pro se petition for post-conviction relief filed in Ohio County Circuit Court on October 12, public defenders Kathleen Cleary and Deidre Eltzroth argue that Bridget Conley has a right to be heard.

“Bridget Conley, the mother of (Andrew) is also the mother of Conner and is therefore considered the victim in this case… She has a right to be heard at Conley’s evidentiary hearing as to her position on his sentence. She will tell the court that she has changed her position on Conley’s sentence, and she wants him re-sentenced to a term of years,” Cleary and Eltzroth state.

The attorneys also contend that Conley’s rights to effective legal counsel were violated.

Specifically, the attorneys say Andrew was denied right afforded under the Sixth and Fourteenth Amendments of the U.S. Constitution, as well as several sections of the Indiana Constitution.

The attorneys say Conley should have been advised by his 2010 trial counsel on the first day of the trial that he should plea guilty rather than present an available defense that he was guilty but mentally ill. That advice and Conley’s plea, they argue, was based on a false premise that Conley could not receive a life in prison sentence.

“Conley’s guilty plea was not knowing, intelligent or voluntary violating his rights,” the attorneys wrote in the petition. “Counsel performed deficiently by advising Conley to plead guilty in a proceeding which afforded him no sentencing benefit and effectively waived his right to a jury determination of his penalty.”

The petition also takes issue with Andrew Conley’s trial attorney not sufficiently cross-examining a pathologist and psychologist who testified at the sentencing hearing.

“Materially inaccurate information used to sentence Conley to life without parole includes information that he was a sociopath or psychopath, had sociopathic symptoms, that the victim was alive at the time the plastic bag was applied, and that the victim suffered a sexual assault,” Cleary and Eltzroth conclude.

Arguments will be heard in Ohio County court in December. The hearing could last more than a week as Conley’s appellate attorneys are planning to have multiple witnesses, including Bridget Conley, a psychologist, and a pathologist.

“We intend to vigorously defend the just sentence imposed by circuit court in 2010. His actions were just as heinous in 2010 as they are today,” said Deddens.

The prosecutor said she may also call witnesses to testify in favor of the life sentence.

A Rising Sun teenager’s sentence of life without parole for killing his 10-year-old brother is under review by the Indiana Supreme Court.

Andrew Conley was 17 when he choked, suffocated and beat his brother Conner to death. In February, 12 years after the murder, a unanimous Court of Appeals ordered a new sentencing hearing. The court said Conley’s defense lawyers failed to present evidence that teenagers’ brains aren’t fully developed, and didn’t even bring up a U-S Supreme Court decision predating the murder which suggested life sentences for juveniles are inherently suspect. The court also faulted Conley’s attorneys for failing to present evidence of Conley’s mental health issues, including a history of abuse and neglect.

n oral arguments, the justices offered few clues to their view of the case. Justice Christopher Goff said the U-S Supreme Court ruling presents a major obstacle to upholding a life sentence. But Chief Justice Loretta Rush said her review of the lower court record appears to show Conley’s lawyers did raise the issues surrounding their client’s age, though not in as much detail as on appeal. She questioned whether there’s grounds to throw out Conley’s sentence on grounds which have been heard and rejected before.

Conley is one of just three Hoosiers serving life without parole for a crime committed as a minor. The others were convicted in the murder of a South Bend police officer, and a Muncie stickup attempt which ended in the murder of a Ball State student. But while the U-S Supreme Court took a dim view of treating minors as “the worst of the worst,” the high court stopped short of declaring life sentences at that age unconstitutional in all circumstances. In May, the justices declined to hear an appeal in the Muncie case which urged them to take that step.