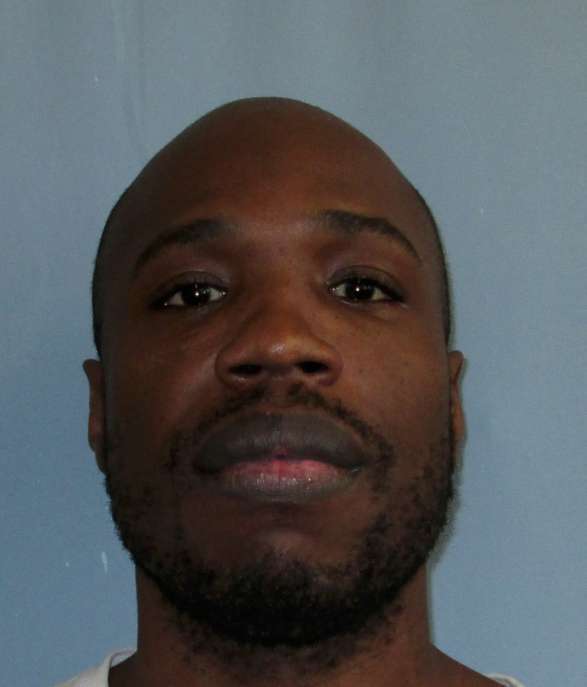 The State’s evidence tended to show that on the afternoon of December 31, 1999, 80-year-old Ruth Kirkland drove her 1990 white Cadillac automobile to the grocery store to purchase groceries.   Mrs. Kirkland, who had lived alone since the death of her husband, was a petite woman, who had suffered a stroke, leaving her with a limp and a weak right arm.   As a result of the stroke, Mrs. Kirkland used a walker or a cane to get around.   It was generally known in the community that Mrs. Kirkland kept money inside her house.

Some time later, Antonio Jones went to Mrs. Kirkland’s house, turned off the circuit breakers outside, and went inside.   From the evidence, the police were unable to determine whether Jones broke into the house or whether Mrs. Kirkland opened the door to investigate the power failure, allowing Jones to enter unimpeded.

Concluding that Mrs. Kirkland’s assailant had taken her automobile, the police began searching for the white Cadillac.   Around 9:00 p.m., an officer spotted a white Cadillac matching the description of Mrs. Kirkland’s.   The officer activated his emergency lights, signaling the driver to stop;  however, the driver failed to stop.   The officer requested assistance, and several other patrol cars responded.   Eventually, the police were able to stop the car near a K-Mart discount department store on the north side of Dothan.   Inside the car were Jones;  his sister, Lakeisha Jones;  Lakeisha’s baby;  and Lakeisha’s boyfriend.   Jones, whose clothes and shoes were bloodstained, was taken into custody.   During a search of the car, police discovered a number of items, including Mrs. Kirkland’s remaining groceries, two of Mrs. Kirkland’s walking canes, and a torn and empty envelope from SouthTrust Bank apparently given to Mrs. Kirkland when she made a withdrawal.   Neither Lakeisha nor her boyfriend knew anything about Mrs. Kirkland’s murder.   Lakeisha did, however, tell the police that Jones was acting strangely when he picked them up earlier that evening.

Jones was transported to the Dothan Police Department.   At some point, Jones voluntarily stated that he knew where to find bloody clothes related to Mrs. Kirkland’s murder.   Officer Jon Beeson then informed Jones of his constitutional rights in accordance with Miranda v. Arizona, 384 U.S. 436, 86 S.Ct. 1602, 16 L.Ed.2d 694 (1966).   Jones declined to sign a waiver-of-rights form, but he did agree to accompany police officers to a bridge on Honeysuckle Road where, he claimed, the true killers of Mrs. Kirkland had disposed of their bloody clothing.   Before taking Jones to the bridge, officers had him remove the clothes and shoes he was wearing when he was taken into custody.   Jones agreed, and he changed clothes.   The clothing he had been wearing was taken to the Alabama Department of Forensic Sciences for testing.

Thereafter, the police took Jones to the bridge on Honeysuckle Road, where they unsuccessfully searched for the reported bloody clothing.   The officers also searched for footprints in the area and found none.   After daylight, the officers returned to the site but again found no evidence that would support Jones’s claims.

Back at the police station, Jones asked to speak to Officer Beeson again.   Before talking with Jones, Beeson informed Jones of his Miranda rights a second time.   At 2:55 a.m. on January 1, 2000, Jones signed a waiver-of-rights form, acknowledging that he understood his rights and that he had not been threatened or promised anything in exchange for his statement.   Jones told Beeson that three other men had killed Mrs. Kirkland.1  Jones denied any involvement in Mrs. Kirkland’s killing;  he claimed that he was not present when Mrs. Kirkland was killed and that the blood on his clothes came from being around the three killers.   Additionally, Jones claimed that the white Cadillac he was driving belonged to his grandfather.2

Around 5:30 a.m., Jones asked to speak with Officer Beeson again, stating that he wanted to tell Beeson the “whole story.”   Sgt. Jim Stanley told Jones that Beeson was unavailable, and Jones indicated that he wished to tell Stanley “the rest of the story.”   Sgt. Stanley took Jones into his office, where they were joined by Officer Donovan Kilpatrick.   Before allowing Jones to give his statement, Sgt. Stanley asked Jones if he remembered his Miranda rights.   Jones indicated that he did.   Jones proceeded to give the officers additional information regarding Mrs. Kirkland’s murder.   As Jones related his version of events, Sgt. Stanley made notes of what Jones told them.   During Jones’s second statement, he admitted being present at Mrs. Kirkland’s house during the murder.   Jones claimed, however, that the other three men had entered the house with the intent to commit a robbery.   He claimed that when he entered Mrs. Kirkland’s house, one of the three men was beating her with a walking cane.   According to Jones, he took the cane away from Mrs. Kirkland’s assailant and telephoned 911 for emergency assistance in an attempt to save Mrs. Kirkland.   Jones also claimed that the other three men took Mrs. Kirkland’s car.   He claimed that after he telephoned for assistance and turned the circuit breakers back on, he became scared and fled the scene on foot.   Only later, Jones claimed, did he meet up with the other three who at that time were driving Mrs. Kirkland’s car.   When the officers attempted to verify Jones’s claims, they discovered that the three men Jones claimed had killed Mrs. Kirkland all had alibis.   Likewise, no 911 emergency calls had been received from Mrs. Kirkland’s home that night.

On January 2, 2000, Dr. Alfredo Paredes, a forensic pathologist with the Alabama Department of Forensic Sciences, conducted a postmortem examination on Mrs. Kirkland’s body.   Dr. Paredes determined that the cause of Mrs. Kirkland’s death was blunt-force trauma incurred during the attack.   Based on his examination, Dr. Paredes concluded that Mrs. Kirkland’s assailant had used his hands and/or fists, and that he had also beaten her with a walking cane and a broken chair leg.   Additionally, the assailant kicked Mrs. Kirkland and “stomped” on her breasts.   The blows caused over 100 separate injuries to Mrs. Kirkland’s body, including severe bleeding, multiple blows to her head and face, and multiple fractures to her ribs, sternum, and arms.

The Alabama Department of Forensic Sciences also conducted DNA testing on the clothing Jones was wearing when he was taken into custody.   DNA testing positively matched Mrs. Kirkland’s DNA to the blood found on Jones’s clothing.

At trial, Jones offered two witnesses-Malik Ali Hasan and Palmer Cox-in an effort to prove either that he was not at Mrs. Kirkland’s house on the night of the incident or that someone else had committed the murder.   At the time of their testimony, both witnesses were incarcerated for offenses unrelated to this case.

After both sides had rested and the trial court instructed the jury on the applicable law, the jury returned a verdict finding Jones guilty of capital murder as charged in the indictment.

During the penalty phase of Jones’s trial, the State resubmitted all of the evidence it had introduced during the guilt phase.   The State did, however, recall Dr. Alfredo Paredes to testify briefly concerning the extent of Mrs. Kirkland’s injuries and whether she was conscious during her attack.   Dr. Paredes testified that based on the massive bleeding and the numerous defensive injuries, he believed that Mrs. Kirkland was conscious during much of the attack.

Jones offered the testimony of several witnesses during the penalty phase.   Jill Witsett, Jones’s mother, testified that Jones was raised in a single-parent home and that he had no relationship with his father.   She testified that the family did not have a lot of money and, on occasion, received welfare and food stamps.   Witsett testified that as a child Jones was diagnosed with hyperactivity;  numerous medications were prescribed to treat his condition.   According to Witsett, when Jones took his medication, he was much calmer.   Jones’s aunt, Marilyn Walker, and his sister, Lakeisha Jones, also testified.   Both women testified concerning the difficult circumstances of Jones’s youth.

Edwina Culp, a GED instructor at the Alfred Saliba Family Services Center in Dothan, testified that Jones had attended GED classes at the Saliba Center.   She testified that while attending classes, Jones’s progress fluctuated.   She testified that an individual’s home environment could cause fluctuations in a student’s progress.   According to Ms. Culp, Jones “was not a troublemaker” in class;  “he cooperated with me when I would ask him to do something to the best of his ability.”  (R. 1379.)

“Under the right guidance and instruction, [Jones] can be a productive person.   He is not stupid.   He is not mentally retarded.   And he is not crazy.   He’s totally misguided.   And he has suffered from a horrible, horrible childhood.   And I’m not justifying anything he’s done.   I’m explaining to you the fact that behavior does not occur in a vacuum.   You just can’t look at an act.   You have to understand the individual.”