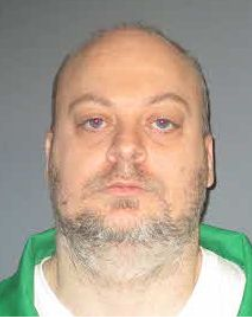 As a boy, Clinton Robert Northcutt was beaten so much by his alcoholic father that he once showed up at day care with 30 to 40 bruises, a defense expert testified Tuesday.

In another attack when he was about 5, his father kicked him repeatedly, breaking his leg, said Arlene Andrews, a USC social work professor.

When he was about 11, his father forced him on more than one occasion to have sex with one of the elder Northcutt’s girlfriends, she testified.

The boy moved around a lot in Lexington County and often was left home alone to fend for himself, Andrews said. His mother, who also was physically abused by the elder Northcutt, disappeared from his life at an early age, she said.

Under state law, Williams could decide Northcutt’s troubled childhood is enough to keep him off Death Row for killing his 4-month-old daughter, Breanna, at their Red Bank-area home on Jan. 7, 2001.

The then-20-year-old Northcutt confessed to slapping, punching, choking, squeezing, shaking and biting the 12-pound infant before breaking her back on a crib rail. He told investigators he snapped in a fit of rage because his daughter wouldn’t stop crying.

The Lexington County jury convicted Northcutt of murder and sentenced him to death in a nine-day trial. But the state Supreme Court in 2007 reversed his sentence, ruling that Solicitor Donnie Myers’ closing argument during the penalty phase was “overly zealous,” even though Northcutt asked jurors to sentence him to death.

The resentencing hearing, which started Monday, is different from the 2003 trial because Williams, not a jury, will decide whether Northcutt will receive the death penalty or life in prison without parole.

Testimony is expected to end today, though it is not known whether Williams will issue his ruling immediately.

Prosecutors wrapped up testimony Tuesday in their case by recalling Angie Spires Northcutt — Northcutt’s ex-wife and Breanna’s mother — to the stand to describe the effect of her daughter’s death on her life.

“I didn’t realize I had to cram her whole life into four months,” she tearfully testified. “I mean, I’m a new mom. That’s all I wanted.”

She said she learned around Christmas 2000 — several weeks before Breanna’s death — that she was pregnant with their second daughter, though she added that after her then-husband’s arrest, he demanded that she take a paternity test.

Much of Tuesday’s testimony focused on her ex-husband’s younger years. Andrews testified that she interviewed Northcutt, relatives and others, plus reviewed official records, in making a “social assessment” of him.

“All this stuff in the back (years) is what caused him to murder his baby?” Myers asked her under cross-examination.

“I’m saying he was carrying a lot of turmoil inside him,” Andrews replied.

She testified Northcutt’s father was married at least three times and had other women living with him in between. The boy was shuttled between his grandmother and father, usually after state social workers were called in to investigate reports of abuse or neglect, she said.

Northcutt was expelled in the eighth grade for breaking windows at a school and later spent about 1½ years in a state juvenile prison after he was arrested for trying to bring a loaded pistol to Airport High School, she testified. He never completed high school but obtained his G.E.D. while in juvenile prison, she said.

His life began to turn around in his later teen years after he started dating his future wife, Angie, whom he married in 1999, Andrews said. “It gave him a sense of order and stability he never really had in his life before.”

But Northcutt later didn’t adapt well to the stress of being a young father and working an out-of-town construction job, she testified. In her interview with him, he said he took methamphetamines while working, which made him sleepy and irritable when he was home on weekends with Breanna, she said.

“In general, he felt like he couldn’t do anything right,” she testified.

Clinton Robert Northcutt was sentenced to death Wednesday for killing his 4-month-old daughter, Breanna, at their Red Bank-area home on Jan. 7, 2001.