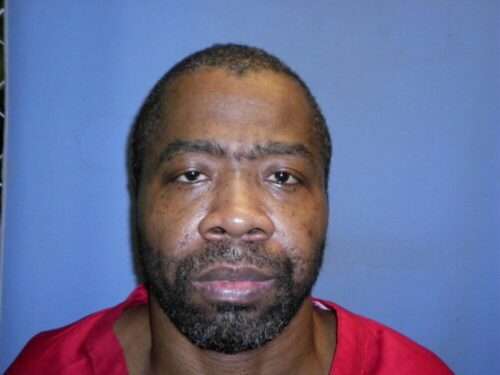 The factual background in this case was laid out in detail in the opinion in the direct appeal.   See Smith v. State, 729 So.2d at 1195-99.   This Court, in a 5-3-1 decision, concluded that there was evidence sufficient to support the verdict, and found no reversible error.   A review of the facts reveals that on the night of November 7, 1992, at approximately 9:00 p.m., Johnny B. Smith was killed in the liquor store he owned in Sidon, Mississippi.   He was shot three times, and two of the wounds were fatal.   Taken from the store were a cash register and an extra cash drawer.   Also missing was Johnny Smith’s handgun, which was either a .32 or .38 caliber weapon, and the projectiles recovered from his body and from the scene were consistent with those of a .38 caliber weapon.   Fingerprints found on the counter were identified as matching those of Smith’s co-defendant, his brother Jerome Smith.

¶ 4. Testimony for the State at trial was given by more than a dozen witnesses, including two men who drove by the liquor store between 9:00 and 10:00 p.m. that night and saw a red and white car parked near the liquor store.   Two Leflore County deputies (one being the victim’s brother) testified that they were on patrol that night and, just before receiving a call about the shooting, they saw a red car parked near the liquor store, and two people sitting in the car, who slid down in their seats as the patrol car passed by.   The victim’s thirteen-year-old son, Kevin, was at his father’s store just minutes before the robbery and murder, and testified that as he was leaving the store, two black men came by him, going toward the store, and one was wearing the cap recovered by the police outside the store after the murder.   At trial, Kevin identified Smith and Jerome as the men he saw that night.   Several witnesses placed the victim in his store, still alive shortly before 9:00 p.m. on the night of his murder.

¶ 5. Carolyn Pearce testified that around 2:00 a.m. on the morning after the murder, she was with Smith and Jerome in a red and white car in Indianola, when they bought crack cocaine and Smith, who had many loose bills, talked about buying $300 or $400 more cocaine.   Outside the presence of the jury, Pearce stated that both men raped her before putting her out of the car.

¶ 6. A police officer for the town of Isola testified that he was on patrol when he spotted a red and white automobile leaving a service station around 3:00 a.m. He followed the car, noticed that it was weaving, stopped it, and then recognized Smith and Jerome.   Because they seemed nervous, he talked with them for a few minutes, and after allowing them to leave, the officer advised the Humphreys County Sheriff’s Department to keep an eye out for the vehicle because the brothers were acting suspicious.

¶ 7. Putting these details together, the officers later saw the vehicle, turned around to follow it, and subsequently chased the brothers into a field after they abandoned the vehicle on the side of the road.   When the officers looked into the vehicle, they could see a sawed-off .410 shotgun on the back floorboard, and subsequently found a set of keys later identified as fitting the lock on the liquor store where the robbery and murder had earlier taken place.

¶ 8. Smith and Jerome presented an alibi defense, with testimony not only from their sister, but also from Smith’s girlfriend and the owner of the Isola Lounge.   None of them, however, presented evidence to conclusively prove that the Smith brothers could not have been in Sidon at approximately 9:00 p.m. when Johnny Smith was killed.   By noon the day following the murder the police had obtained warrants for Smith and Jerome, who were arrested and incarcerated in the Leflore County jail.