The Texas Court of Criminal Appeals upheld the death sentence Wednesday of a man convicted of strangling a 5-year-old girl taken from an El Paso store and then burning her body.David Santiago Renteria, 41, already was a convicted sex offender on probation when he was seen on a Walmart security video leaving the store with Alexandra Flores. The girl had wandered from her family doing Christmas shopping in November 2001. Her body was found the next day in an alley.The state’s highest criminal appeals court threw out Renteria’s death sentence in 2006, saying prosecutors provided misleading evidence that gave jurors the impression Renteria was not remorseful.An El Paso jury, during a new punishment trial two years later, returned him to death row.”I’m really glad we’re past this,” El Paso District Attorney Jaime Esparza, who prosecuted the case, said Wednesday. “The last time, they reversed it on, frankly, on an issue that we thought we had tried according to the law. Returning him was something we had to do.”Lawyers for Renteria did not immediately respond to a phone message left by The Associated Press.In its 73-page ruling, the appeals court rejected all 49 issues raised by Renteria’s attorneys from the second penalty phase trial. Most of the points raised focused on jury selection and the questioning of prospective jurors. Another challenge questioned the legal sufficiency of evidence used to show Renteria would be a future danger, one of the key questions jurors must answer when deciding on a death sentence.The court outlined evidence that showed by the time of the girl’s slaying, Renteria had a conviction for indecency with a child, three driving while intoxicated offenses, had violated his probation repeatedly, frightened a female coworker with jealous and possessive behavior, and upset another woman by failing to return her 3-year-old son during a babysitting stint.”This escalating pattern of threatening behavior, violence and disrespect for the law supports a finding of future dangerousness,” the court said.Blood found in Renteria’s van matched the DNA of the slain girl. His palm print was found on a plastic bag that was put over her head before her body was set on fire.Esparza said the body didn’t completely burn and although the bag melted to her face, the palm print was recovered.”It really was a miracle we were able to lift that print,” he said.Renteria was accused of patrolling the store for about 40 minutes before zeroing in on the 5-year-old girl, the youngest of eight children in her family. The grainy surveillance video shows her following Renteria out of the store.Renteria was convicted in 1994 of indecency with a child involving sexual conduct. The victim in that case was 8 years old. Renteria received 10 years in prison but was resentenced to 10 years of probation after serving part of his sentence at a boot camp.He still can file appeals in the federal courts, and his execution is not likely for at least several years.In a second death penalty case Wednesday, the appeals court affirmed Cameron County’s refusal to allow DNA testing requested by 33-year-old Ruben Gutierrez. He was convicted in 1999 and sent to death row for beating and using a screwdriver to kill 85-year-old Escolastica Harrison during a robbery of $56,000 from her home in Brownsville.Gutierrez also wanted an attorney appointed to help him obtain the DNA testing. That request was denied by the trial court, a decision the appeals court upheld. Gutierrez does not have an execution date. 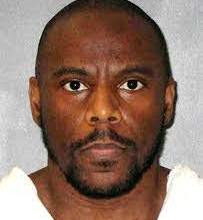 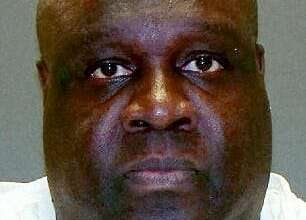