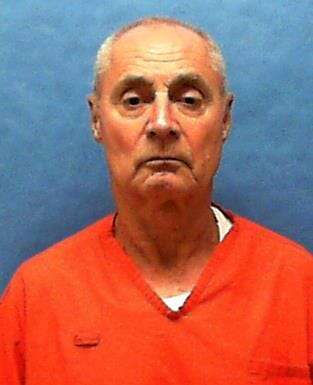 Dennis Sochor wanted to have sex, and when eighteen-year old Patty Gifford refused him, Sochor choked her to death with his bare hands. Sochor dumped Patty’s body by the side of a road and drove home to his apartment. At trial, the jury heard these facts from the tape-recorded confessions of Patty’s murderer, Dennis Sochor.

Sochor lived in Fort Lauderdale, Florida, in 1981. Sochor’s brother, Gary, traveled from Michigan to Fort Lauderdale on the day after Christmas to visit him. At 6 p.m. on New Year’s Eve, the brothers drove a truck from Sochor’s apartment to a lounge called the Banana Boat.

Patty and her boyfriend also lived in Fort Lauderdale in 1981. Patty’s boyfriend had to work on New Year’s Eve so Patty and her friend, Delta Harville, decided to celebrate together. Their friend, Patricia Boreman, tended bar at the Banana Boat. They drove Delta’s car to the lounge at 9 p.m.

Patty and Delta sat at a tiki bar behind the Banana Boat. As they sat there, Boreman served Delta a few drinks. Sochor and his brother approached Patty and Delta and tried to talk with them. Sochor sat at the bar and talked with the women for a few hours. Someone took a photograph of Sochor sitting next to the women.

Delta had too much to drink. Patty, Sochor, and Gary took Delta to the parking lot and put her in her car. Patty then returned to the Banana Boat to pay her bar tab. When Patty came back to the parking lot, she determined that Delta was unable to drive. Sochor and his brother asked Patty if she wanted to accompany them in the truck to find something to eat while Delta slept in her car. Tragically, Patty accepted their invitation.

Sochor and Gary did not take Patty anywhere to eat. In a tape-recorded confession to the police that the prosecution played for the jury, Sochor stated that he and Patty had an argument. Sochor asked Patty if she wanted to have sex, and Patty said no. When Sochor grabbed Patty by the hair, she fought for her life. Patty screamed and scratched Sochor’s face. Sochor “got angry and began choking her.” When Patty stopped breathing, Sochor knew that he had “probably just murdered her.” After Sochor murdered Patty, he drove the truck down a dirt road “and placed her body in the weeds.”

Gary testified against his brother. Gary stated that, after they left the Banana Boat, the truck came to a stop and Sochor stepped out of it. Gary stated that he heard “Patty ․ hollaring [sic] for help, asking what was going on.” Gary testified that he “got out of the passenger’s side, ran around the vehicle, and [saw that Sochor] had [Patty] on the ground, had [Patty’s] hands pinned down.” Gary threw a rock at Sochor and “hollared [sic] at [Sochor] to leave her alone,” but Sochor “told [him] to get back in the truck.” Gary did as he was told because he was scared of his brother. Gary testified that he never saw Patty again.

A local television station produced a news report about Patty’s disappearance. As Sochor watched the report, the photograph of Sochor sitting with Patty at the tiki bar behind the Banana Boat appeared on the television screen. When Sochor saw the photograph, he “estimate[d] that [he] had, in fact, committed another rape and was terrified of the fact, so [he] decided to leave town.”

Sochor fled Fort Lauderdale in the truck. He drove to Tampa, Florida, where he dumped the truck, and then traveled by bus to New Orleans, Louisiana. He eventually moved to Atlanta, Georgia. Police officers later arrested Sochor in Georgia.

When officers from Fort Lauderdale interviewed Sochor in Atlanta about Patty’s disappearance, Sochor confessed, but stated that his memory of that New Year’s Eve was foggy. The officers recorded the confession by audio tape. The officers transported Sochor to Fort Lauderdale and drove him to the Banana Boat. Again, Sochor made a tape-recorded confession, but this time he provided more details about the murder. The officers tried to locate Patty’s body, but Sochor did not remember its exact location. Sochor made one more recorded confession. At trial, the jury heard all three confessions.

Sochor’s roommate in Atlanta, Paul Jones, testified at trial. Jones stated that Sochor once “told [Jones] of a time that he had choked someone, and how [Sochor had] disposed of the body ․ [o]ut in the countryside, a drainage pipe.” Jones testified that Sochor told him that “[i]f he had to, he would do it again.” Sochor told Jones that the murder “didn’t bother him at all” and that “women were more or less a sexual tool, nothing more.”

An inmate that Sochor met when he was incarcerated in the Broward County jail in 1987 named Michael Hickey testified at trial. Hickey stated that Sochor approached him and asked whether he “knew different methods of discrediting a witness.” Hickey testified that “at the end of the conversation, [Hickey] was telling [Sochor] how to discredit his brother, then [Sochor] said to [Hickey], ‘Yeah, in case your [sic] wondering, I killed a fucking, slut, bitch[.]’ ”

Dr. Arnold Zager, a psychiatrist, interviewed Sochor and testified for the defense at trial. Dr. Zager testified that Sochor had a “long-standing problem of drug and alcohol abuse,” and he suspected that Sochor suffered from “anti-social personality disorder.” Dr. Zager stated that Sochor was “a much more aggressive, potentially very violent, individual under the influence of intoxicants.” Dr. Zager testified that Sochor told him that he had an alcoholic blackout on the night of the murder, and Dr. Zager believed that alcohol affected Sochor that night: “[I]t was my impression that this gentleman, if indeed he committed the crime, and was stopped in the act, and when asked is it wrong or is it against the law to commit such a crime, that individual might say certainly it is, but in a sense, disregard it.” Although Dr. Zager did not believe Sochor met the requirements for involuntary commitment under Florida law, Dr. Zager believed that Sochor was “extremely dangerous to the public.”

After the jury convicted Sochor of kidnapping and first-degree murder, the prosecution presented damaging evidence during the penalty phase that Sochor was a serial rapist.