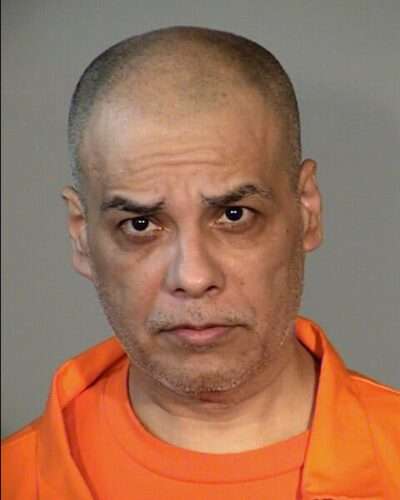 On the evening of February 20, 1990, the Wagner family returned to their town house in Phoenix from dinner where they had celebrated Darrel Wagner’s recent promotion. When they entered their court yard, Deborah Wagner noticed a light shining out their opened front door. Darrel went inside while Deborah and her 7-year-old son remained in the court yard. Inside, Darrel saw Gonzales, a parolee, standing on the landing holding their VCR tucked underneath his arm. Deborah sent her son for help. When she turned back, Gonzales had shoved her husband out the front door, stabbing him. When Gonzales ignored her pleas to stop stabbing, Deborah climbed on his back. Gonzales stabbed her twice. One cut damaged her spleen, colon and diaphragm and the other punctured her lung. Gonzales then fled. Darrel Wagner lived long enough to help his wife up and then began a conversation with the 911 operator while gasping for air. Gonzales had stabbed him 7 times. Darrel Wagner died from stab wounds to his chest, one skewered the lower lobe of his right lung and another went into the left ventricle of his heart. Phoenix police arrested Gonzales on February 23, 1991. In addition to the murder, he was convicted of first-degree burglary, aggravated assault, armed robbery, theft, and of another residential burglary committed minutes before the murder. In addition to the death penalty, Gonzales was sentenced to three consecutive life terms.

Shortly before 7:00 p.m. on February 20, 1990, Roger Daughtry returned home from work and noticed that his porch light was on. He went inside and saw that someone had disassembled his stereo and moved his speakers. Suddenly, a man appeared from behind the speakers, looked at Daughtry, and ran out of the house. Daughtry later identified that man as Ernest Gonzales.

Minutes later, Jeri Sheer, Daughtry’s neighbor, took out her trash with her dog, which ran toward a man holding what looked like a tire iron. Sheer looked at the man, grabbed her dog, and went back into her house. When she looked out the window, she noticed the man heading west, the direction of Darrel and Deborah Wagner’s townhouse. Sheer later identified the man as Gonzales.

About 7:10 p.m., Darrel Wagner, his wife Deborah, and Deborah’s seven-year-old son arrived home from dinner. As they walked into the small courtyard of their townhouse, they noticed that their front door was ajar. Darrel went to investigate while Deborah and her son waited at the gate. As Darrel pushed open the front door, both he and Deborah saw Gonzales standing on the stairway holding their VCR under his arm. Deborah immediately told her son to run to the neighbor’s house and call 911. When she turned back toward her home, she saw Gonzales shove her husband out the front door. Darrel lost his balance and fell backward. Gonzales began to stab him repeatedly (seven times in all).

Deborah pleaded with Gonzales to leave. When he did not, Deborah jumped on Gonzales’s back and wrapped her arms around him to keep him from stabbing Darrel. Gonzales then swung at Deborah and stabbed her twice. He also apparently wounded himself as he was flailing at Deborah. When Deborah fell off his back, Gonzales left with her purse. A few minutes later, Darrel helped his wife up and both went inside to call 911. Darrel collapsed on the floor during the call and died later that night. Deborah spent five days in intensive care.

Gonzales went from the Wagner residence to his girlfriend [Gloria Alvarez’s] house. She helped clean his wound. Her daughters, Catherine and Martha Trinidad, were there and testified at trial about comments Gonzales made the night of the murder, his clothing, and the “bag” he had with him containing a woman’s driver’s license and pictures of a boy with red hair—the color of Deborah’s son’s hair.