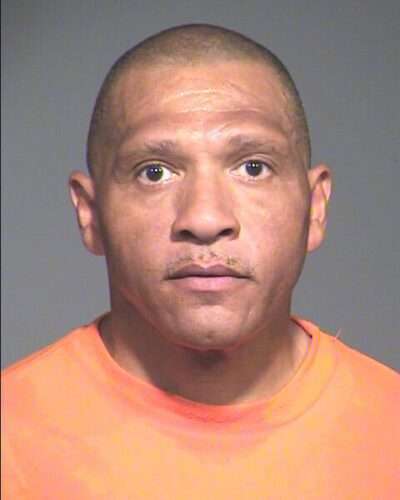 A cold-case detective found evidence still in storage from the assault and sent it out for DNA testing in 2013, police say.

The DNA was linked to Goudeau last year, according to a statement this morning by Sergeant Jonathan Howard, Phoenix police spokesman.

Goudeau rates among the most fearsome serial killers in Arizona history. Investigators proved he killed eight women and a man, and sexually assaulted 15 women and girls in a vicious crime spree in 2005 and 2006

Following a jury trial, he was sentenced in 2007 to 438 years in prison on the rape charges. Another jury panel sentenced him to death in 2011 for the murders.

Police labeled Goudeau the Baseline Rapist in 2005, following a series of abductions and rapes of girls as young as 12. That changed to the Baseline Killer after he was linked to several unsolved homicides.

The attacker forced the woman to a nearby location and raped her, police said. He fled on foot after making her drive back to the area of the abduction.

Police examined the evidence using the available technology of the era, but were never able to find the suspect.

DNA analysis was not “readily available” as a police tool until 1998, Howard said.

DNA testing proved invaluable to the investigation of the murder spree in 2005 and 2006.

As New Times reported in 2011, police found evidence of two of Goudeau’s murder victims on his sneakers, despite his attempts to wash them. Goudeau’s DNA was also found in some of the sexual-assault cases.

The killer’s DNA profile had been on file with the state since 2004, when he submitted a DNA sample to authorities after being released from a 13.5-year prison sentence for an earlier series of armed robberies and violent crimes.

The statute of limitations in the case expired in 1990, meaning Goudeau can’t be prosecuted for it now.

But the discovery provided “closure” to the victim after she was notified in October about the DNA match, Howard said. She no longer lives in Arizona.

“While this investigation did not lead to the arrest of the suspect, the identification, notification, and closure we were able to provide to the victim is an example of the tenacity of the Phoenix Police Department, the importance of testing all procedures for sex crime evidence kits, and the value of preserving evidence for evolving technology,” he said.

Howard said he issued a news release about the discovery on Wednesday morning following inquiries about the link by Donna Rossi, a reporter for Channel 5 (KPHO-TV) and Channel 3 (KTVK-TV). Her piece on the 1985 case aired on Tuesday.

In June 2016, a unanimous decision by the Arizona Supreme Court rejected Goudeau’s appeal.

He remains on death row.

The Arizona Legislature ultimately removed the statute of limitations from sexual assault cases, but the new law didn’t affect cases that occurred earlier.