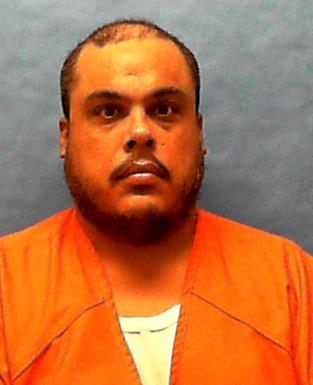 Gerhard Hojan was convicted and sentenced to death for the murders of
Christina De La Rosa and Willy Absolu. On March 11, 2002, at
approximately 4:00 a.m., Gerhard Hojan and Jimmy Mickel entered the
Waffle House restaurant in Davie, Florida. Barbara Nunn, Christina De La
Rosa, and Willy Absolu were working at the Waffle House that morning.
The employees were acquainted with Mickel and Hojan because Mickel was a
former employee of the Waffle House and the two had eaten at the
restaurant several times before. Nunn also knew Hojan and Mickel because
she had previously visited a night club where the two worked. After
eating breakfast, Mickel left the restaurant and returned with a
bolt-cutter. Mickel used the bolt-cutter to cut the padlocks on the
restaurant’s cash safes, while Hojan produced a handgun and ordered the
employees to the kitchen. He then ordered them into the freezer and shut
them inside. Hojan returned to the freezer a total of three times.

First, he told the employees to give him their cell phones. The second
time he ordered them to give him their money. He returned one last time
and ordered the victims to turn around and kneel on the floor. He shot
Absolu and De La Rosa twice each, and he shot Nunn once in the back of
the head. Hojan left all three victims for dead. Nunn regained
consciousness, went to a nearby gas station, and called 911. Law
enforcement and medical personnel arrived at the gas station. Prior to
being taken to the hospital, Nunn gave the law enforcement officers a
taped statement in which she identified Mickel and Hojan as the
shooters. Hojan was arrested later that morning. He confessed to the
murders during an interview with detectives from the Davie Police
Department. The autopsy revealed that De La Rosa sustained two gunshot
wounds, one which severed her spinal cord, and one which severed her
carotid artery. Either wound would have been fatal. Absolu also
sustained two gunshot wounds, one non-fatal shot to his arm and one
fatal shot to his head.