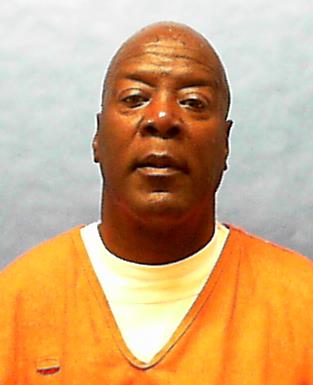 Noah Scott, 24, and his fiancee, Loretta White, 18, were living in
the Orangewood Village Mobile Home Park in Lakeland, Florida. At the
time, White was about five months pregnant with the couple’s first
child.

On the evening of October 12, 2001, Mark Poole broke into
the couple’s home as they were sleeping. White awoke in the middle of
the night with a pillow being placed over her face and an intruder
sitting on top of her.

Poole began to rape her and sexually assault her, demanding to know where the money was.

Poole
repeatedly struck White with a tire iron, severing two of her fingers
and causing her to move in and out of consciousness. During the attack,
Scott attempted to stop Poole but was repeatedly struck in the head with
the tire iron, rendering him unconscious.

At some point after
the attack, Poole left the bedroom to collect a cache of video games and
game equipment. Before leaving, Poole re-entered the bedroom, touched
her vaginal area and said “thank you.”

White regained
consciousness the next morning and called 911. Scott was pronounced dead
at the scene. White was found severely injured in the hallway adjacent
to the bedroom with multiple face and head wounds and missing part of
her fingers. Some of the laceration to her head were so deep they
exposed her skull.

Medical reports indicated that Scott was struck at least 13 times in the head.

Several
witnesses told police officers that they saw Poole or a man matching
Poole’s description near the victims’ home on the night of the attacks.

White testified that Scott had owned a
Sega Genesis, Sega Dreamcast, and a Super Nintendo. The night of the
attacks, Poole sold the gaming systems to Ventura Rico, a man who lived
in the same mobile home park as the victims. DNA analysis confirmed that
the blood found on the Sega Genesis box, Sega Dreamcast box, and the
Super Nintendo matched the DNA profile of Scott.

A vaginal swab
confirmed that the semen found in White was that of Mark Poole. A stain
found on the left sleeve of one of Poole’s shirts police found in his
home matched White’s blood type. A footwear examination revealed that
one of the two footwear impressions found on a notebook in the victim’s
trailer matched Poole’s left Vans shoe. The tire iron used in the crimes
was found underneath a motor home near the victims’ home.

After surviving the attack, Loretta White gave birth to a baby boy