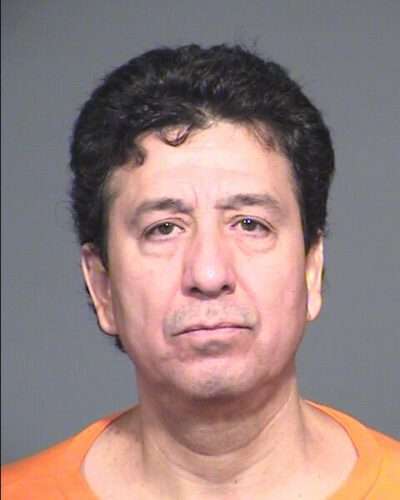 On March 31, 2006, Gilbert Martinez and Robert Arbolida broke into the residence of Betty and Laurel Liedtke. At the time of the burglary, the Liedtke’s had visitors staying at their house, Betty’s two daughters, Colleen Jark and Karen Bell. Additionally, both of Betty’s daughters’ spouses, Vern Jark and Forrest Bell, came along for the visit. When Martinez and Arbolida gained entrance into the residence, they made their way to Laurel and Betty’s room and subsequently encountered the elderly couple. Laurel tried to get them to leave by pushing them and telling them to get out. A struggle between Laurel and Martinez ensued and Martinez pushed Laurel down and hit him in the head with a gun.

The intruders then forced the Liedtke’s into the room where Karen and her spouse Forrest were staying. Martinez continued to struggle and fight with Laurel and also hit Forrest near his eye with the gun. As Arbolida held everyone in the room captive, Martinez went to find any others in the house. Colleen and Vern, who were in the other guest room, had awakened to the loud sounds of the scuffling. As it was imminently clear that Vern and Colleen would likely be attacked next, Vern told Colleen to hide in the closet and attempt to call for help. Vern went out to the hallway where he encountered Martinez. They fought, and Martinez fatally shot him.

The intruders were both arrested days later. Martinez was sentenced to death for the murder. Arbolida testified against Martinez and received a life sentence. Prior to the capital trial, Martinez was also tried and convicted of several other burglaries which resulted in a 99 year sentence.

On March 31, 2006, Betty L.’s daughters, Karen B. and Colleen J., and their husbands, Forest B. and Vern J., were visiting Betty and her husband, Laurel L., at their home in Sun City.1 Martinez and Robert Arbolida watched the home, planning to burglarize it. They left to get a gun, returning to the house after its six occupants had gone to bed.

¶ 3 Martinez broke a patio door at the back of the house, went inside, and let Arbolida in through the kitchen door. Hearing a loud noise, Betty and Laurel went to investigate. In the hallway, they encountered the two intruders, who were wearing masks and gloves. Martinez and Arbolida pushed Betty and Laurel into the room where Karen and Forest were staying. Martinez threatened them, yelling profanities and telling them to cooperate or he would kill them. When Laurel moved too slowly because of his age and asthma, Martinez became frustrated and pushed him. When Forest attempted to help Laurel, Martinez pistol-whipped Forest, permanently injuring his eye. Martinez then directed Arbolida to bind the four victims with zip ties. Apparently having seen a third woman earlier when casing the house, Martinez said to Arbolida, “Let’s go find the other bitch.”

¶ 4 Colleen and Vern heard the commotion and Martinez’s statement from their bedroom. Vern pushed Colleen into the closet and closed the door. Vern, weaponless, went to the bedroom door to stand between his wife and the intruders.

¶ 5 Martinez met Vern in the hallway, a scuffle ensued, and Martinez fatally shot Vern. Martinez and Arbolida then fled with various items belonging to the victims. They went to Martinez’s sister’s house, where they cleaned blood off themselves and divided the stolen property.

¶ 6 Martinez was later arrested and indicted on twenty-three counts, including felony murder, stemming from this burglary and six other burglaries and robberies in the same area. The State sought the death penalty, alleging two aggravating circumstances: Martinez previously had been convicted of a serious offense, A.R.S. § 13–751(F)(2), and had committed the murder for pecuniary gain, § 13–751(F)(5).

¶ 7 The trial court severed the charges by occurrence and, after the State dismissed charges related to one of the burglaries, ordered six separate trials. Martinez was acquitted on one burglary (“the Krusenstjerna burglary”), but found guilty on all other charges.

¶ 8 The jury in this case found Martinez guilty of eleven charges, including felony murder, relating to the burglary of Betty and Laurel’s home. The jury then found both alleged aggravating circumstances proven beyond a reasonable doubt. It also found that Martinez actually killed Vern and was a major participant in his murder. The jury, however, hung in the penalty phase, and the trial court declared a mistrial.

¶ 9 Following a second penalty-phase trial, a new jury determined Martinez should be sentenced to death. The court also sentenced him to 124 years’ imprisonment on the non-capital charges.