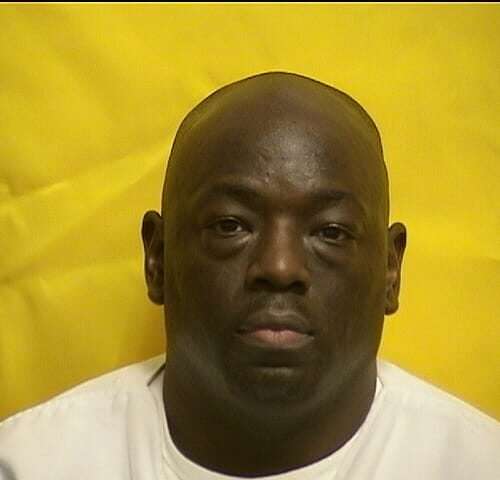 During early 2000, Julious lived with his girlfriend, Dana Bostic, at her home in Chillicothe.   At the time, appellant was dating Lisa Perkins, who was a friend of Bostic’s.   Appellant became acquainted with Julious by visiting Perkins at Bostic’s home.

{¶ 3} On Friday, May 12, 2000, at around 4:00 p.m., Bostic returned home from work and found appellant, Julious, and her daughter in the kitchen.   Julious was wearing only boxer shorts.   Bostic then left the house with her daughter to pick up her son.

{¶ 4} When Bostic returned after approximately one hour, appellant and Julious were no longer at the house.   Bostic testified, “The door was unlocked.   There was candles still burning, * * * and it was like he just ran out for a minute and he was coming right back.”   Moreover, Julious’s belongings, including his clothes, personal hygiene products, and his identification card, were still in the house.

{¶ 5} When Julious did not return home, Bostic called appellant on his pager.   Later that night, appellant returned Bostic’s call and put Julious on the phone.   Julious told Bostic that “he was in Columbus at McKnight’s friend’s house and they were getting ready to go to a OSU block party and he would be home.”   Bostic described the conversation as “very unusual” because Julious “didn’t let  [her] ask him anything else” and abruptly ended the conversation.   Bostic never saw or talked to Julious again.

{¶ 6} In June 2000, appellant and his wife, Kathy McKnight, acquired a trailer in a rural area near Ray, Ohio. Appellant and Kathy moved their belongings into the trailer, but they did not move in.   Instead, they moved to the home of Kathy’s mother, in Gambier.

{¶ 7} In late September or early October 2000, appellant was hired as a kitchen worker at the Pirate’s Cove restaurant in Gambier.   Appellant was friendly with his co-workers, and they would sometimes give him rides to his Gambier home after work.

{¶ 11} Murray never returned to sleep in her dormitory room, and she failed to appear at a party on the evening of November 3. This absence concerned Murray’s friends because Murray had not left a message regarding her whereabouts and they could not find Murray’s Subaru Outback on campus or in Gambier.

{¶ 13} On Sunday evening, November 5, Williams talked to appellant about Murray’s disappearance.   Appellant said that he had worked that night but “left well before she did * * * [and] that he was not there so he could see her leave.”   According to Williams, appellant was “very curt” and “[they] didn’t get any information.   He just kind of smirked” at them.   A short time after Murray disappeared, appellant told Nate Justice that “[h]e felt that [Murray] was probably dead.”

{¶ 14} On December 9, 2000, Vinton County Sheriff’s Chief Deputy Charles Boyer and Deputy Matt Kight went to appellant’s trailer to serve an unrelated indictment on him, but appellant was not there.   Deputy Kight ran a license check on a vehicle on the property and learned that the Subaru Outback parked behind the trailer was associated with the disappearance of Emily Murray.

{¶ 15} After obtaining a search warrant, law enforcement entered appellant’s trailer and found bloodstains on the carpet near the front door.   Police followed a trail of blood down the hallway and discovered Murray’s clothed body wrapped inside a carpet in the spare bedroom.

{¶ 17} Investigators searching the property found human bones and clothing in the cistern, the root cellar, and in a plastic bag.   Police discovered that a fire had been started in the root cellar, and they recovered burned bones and pieces of clothing.   The skeletal remains included most of the bones from a single human, but only six skull fragments were found.   Dr. Nancy Tatarek, a forensic anthropologist, concluded that the remains were from an African-American male who was 20 to 25 years of age and six feet to six feet, six inches tall.

{¶ 18} The police identified the remains as those of Gregory Julious.   Dr. Franklin Wright, a forensic dentist, positively matched the teeth and jaw bone found on appellant’s property with Julious’s dental records.   Bostic also identified the remains of boxer shorts found in the cistern as those Julious was wearing the day he disappeared.   Kim Zimmerman, appellant’s brother-in-law, had given police a bloodstained backpack that he had taken from the trailer’s living-room closet.

{¶ 19} Police searched the vehicle that appellant was driving when Julious disappeared, and they discovered bloodstains on the carpet underneath the rear seat.   Subsequent DNA analysis showed that the “DNA from the * * * carpet [was] consistent with the DNA profile from Gregory L. Julious.”   According to Diane Larson, a DNA serology analyst, the “chance of finding the same DNA profile in the population is * * * approximately 1 in 50 trillion people for the Caucasian population, one in 177 trillion in the African-American population, and 1 in 51 trillion in the Hispanic population.”

{¶ 20} Inside appellant’s Gambier home, police found an empty box of Winchester .357 magnum cartridges underneath the bed in the master bedroom, two .30 caliber bullets in the master-bedroom closet, and four nine-millimeter bullets in the basement.   Police also learned that appellant had purchased three handguns from two gun shops before the murders:  a Jennings nine-millimeter semiautomatic pistol purchased on February 17, 1999, an Intratec nine-millimeter pistol purchased on April 24, 1999, and a Jennings .380 caliber semiautomatic pistol bought on May 24, 2000.

{¶ 21} Dr. Dorothy Dean, Deputy Coroner for Franklin County, found that Murray had died from a single “gunshot wound to the head.”   Murray was shot with a high-powered weapon, and the gun was “very, very close or touching her skin” when fired.

{¶ 22} Dr. Tatarek found that the condition of the skull fragments of Julious were “consistent with an injury by gunshot.”   She also found evidence of trauma to the vertebra “caused by some sort of sharp object penetrating the person’s neck and cutting into the bone.”   Moreover, trauma to two hand bones was “consistent [with] defense wounds.”   Dr. Tatarek also found trauma around joints “consistent with dismemberment of a person.”   The condition of the skeletal remains placed the date of death within a three- to six-month time frame that included May 12, 2000.

{¶ 24} Heather Zollman, a firearms expert, compared a bullet taken from a tree behind the trailer and the bullet jacket from inside the house and concluded that they were “fired [from] the same firearm.”   Zollman described each as a “Remington brand 180 gram .357 magnum semi-jacketed hollow-point bullet.”   She could not determine the caliber of the bullet removed from Murray’s body.   Nevertheless, Zollman concluded that the lead was “consistent with having come from the bullet.”   Gunpowder on the surface of the bullet fragment was also “the same type of style of flattened ball powder that is loaded by Remington in these .357 magnum cartridges.”