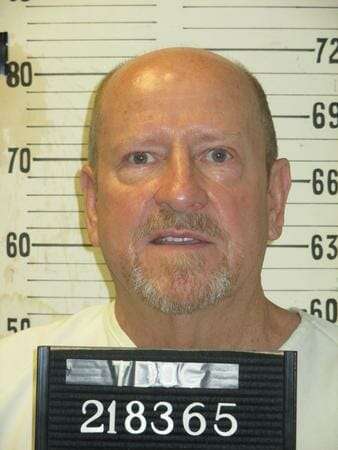 On the afternoon of February 21, 1992, Dellinger, Sutton, and Griffin spent several hours at Howie’s Hideaway Lounge (Howie’s) on Highway 321 in Maryville, Tennessee.   The three men drank beer and played pool until approximately 7:00 p.m., when they left the bar in a dark-blue Camaro.   Witnesses testified that there was no evidence of hostility among the men while they were in the bar.

Around 7:00 p.m. Cynthia and Kenneth Walker were traveling north on Alcoa Highway near the Hunt Road exit.   They observed three men who appeared to be fighting in a dark-colored Camaro on the side of the road.   Two of the men were standing outside of the car attempting to forcibly remove the third man from the back seat.   Kenneth Walker used his portable radio to report the incident to the dispatcher for Rural Metro Blount County Ambulance.

Sharon Davis, who was also driving north on Alcoa Highway around the same time, observed a shirtless and shoeless man stumbling down the side of the road near the Hunt Road exit.   When Davis passed the same area about thirty or forty minutes later, she saw two men standing outside of a dark-colored Camaro on the side of the road.   They appeared to be looking for something.

At 7:11 p.m. Sandra Hicks, a dispatcher for Blount County 911, received a complaint about an altercation involving three men in a dark Camaro at the intersection of Alcoa Highway and Hunt Road. Officer Steve Brooks with the Alcoa Police Department was dispatched to the scene.   While making an unrelated traffic stop, Officer Brooks noticed a vehicle with flashing headlights parked on the side of Hunt Road. The officer sent his backup, Officer Drew Roberts, to investigate.   Officer Roberts found two men, not Dellinger and Sutton, standing next to a pickup truck.   A shirtless man sitting on the bed of the truck identified himself as Griffin.   Griffin told the officer that his friends had put him out of a car.   Griffin would not identify his friends or tell the officer what had happened. Officer Roberts arrested Griffin for public intoxication.   Griffin was booked at the Blount County jail at 7:40 p.m. Dellinger arrived about forty-five minutes to an hour later to ask about Griffin’s release.   Sergeant Ray Herron explained to Dellinger that department policy required a minimum four-hour detention for public intoxication and advised him to come back at 10:30 or 11:00 p.m.

Alvin Henry was a resident of Bluff Heights Road, where Dellinger and Griffin both lived.   At approximately 9:00 p.m., Henry looked out of his trailer window and saw Dellinger’s white Dodge pickup truck.   Henry saw someone enter the passenger side of the truck.   The truck drove up the road and pulled into Dellinger’s driveway.   Henry then noticed fire shooting from Griffin’s trailer down the road.   Henry’s wife reported the fire to the 911 operator at 9:02 p.m. Arson investigator Gary Clabo concluded that the fire was set intentionally with the use of a liquid-type accelerant and an open flame such as a match, candle, or cigarette lighter.

Jennifer Branam, Griffin’s niece, ran to Dellinger’s trailer when she learned that Griffin’s trailer was on fire.   Just as Dellinger’s wife was telling Jennifer that Dellinger was not home, Dellinger and Sutton walked down the hall from the living room.   The two men were still wearing their jackets, and their pants were wet up to the knees.   Jennifer asked them if Griffin was in his burning trailer, and Sutton told her that Griffin was in Blount County with a girl.   When Jennifer asked the men to accompany her to the trailer, Dellinger responded that they were already in enough trouble.

After returning home, Jennifer looked out the window and saw Dellinger remove an object wrapped in a sheet from his truck and place it into the back of his wife’s Oldsmobile.   Jennifer testified that the object resembled a shotgun.   Herman Lewis, a relative of Jennifer, also observed Dellinger moving an object from his truck to his wife’s car shortly after 10:00 p.m. Dellinger and Sutton then left in the Oldsmobile.

At around 11:25 p.m. Dellinger and Sutton returned to the Blount County jail.   Dellinger paid a cash bond for Griffin.   Officers in the jail lobby overheard one of the defendants tell Griffin that they needed to get him back to Sevier County.   At 11:55 p.m. Jason McDonald and his mother, Brenda McKeehan, heard two gunshots fired from an area on the Little River in Blount County called the Blue Hole. The Blue Hole is approximately five hundred yards down the hill from McDonald’s residence.

The next morning, February 22, Jennifer Branam saw Dellinger leave his trailer, remove the object he had placed in his wife’s car the night before, and place the object under his trailer.

Around noon on February 22, Connie Branam, Jennifer’s mother and Griffin’s sister, informed her daughter Sandy of her intent to go to Blount County to look for Griffin.   At about 2:00 p.m., Connie Branam went to Jerry Sullivan’s grocery store in Townsend asking if anyone had seen her brother.   Sullivan then saw Branam speaking with two men in a white Dodge pickup truck in the grocery store parking lot.

Later that afternoon, Connie Branam accompanied Dellinger and Sutton to Howie’s.   Branam told Jamie Carr, who worked as the afternoon bartender at Howie’s, that she was looking for her brother. Responding to Dellinger’s questioning, Carr repeatedly told them that she remembered Dellinger, Sutton, and Griffin from the night before.   When Dellinger asked if Carr remembered with whom Griffin left, she responded that they were still at the bar when her shift ended.   Dellinger told Carr that they last saw Griffin with a short, dark-haired, ugly woman.   When Carr’s shift ended at 5:00 p.m. on February 22, Branam, Dellinger, and Sutton were still drinking beer in the bar.

Terry Lilly Newman worked the shift following Carr’s at Howie’s.   When she approached Branam, Dellinger, and Sutton to ask if they needed anything, Dellinger asked Newman if she remembered them from the night before.   Newman responded that she recalled seeing Dellinger and Sutton with another man drinking beer and playing pool. Branam explained that she was looking for her brother and asked with whom he had left the bar.   Newman became confused because she knew that Griffin had left with Dellinger and Sutton.   Dellinger asked Newman if she remembered them returning to Howie’s after they bailed Griffin out of jail, but Newman knew that the three had not returned to Howie’s because she had worked until closing.   After unsuccessfully attempting to convince Newman to join them in their search for Griffin, Sutton asked Newman if she was married.   When Newman responded that she was married, Sutton stated, “[W]ell, your husband is going to be surprised whenever you’re missing one morning, when he wakes up and you’re missing.”   Dellinger, Sutton, and Branam left Howie’s around 6:30 p.m.

About 8:00 p.m. that night, James and Barbara Gordon observed a fire in the woods near the Clear Fork area of Sevier County.   The following morning, Barbara Gordon watched a white truck occupied by two men leave the woods and head toward the main road.   She testified that the truck was traveling rapidly and that it came from the general area where they had observed the fire the night before.

On Monday, February 24, around 3:30 p.m. Griffin’s body was discovered lying face-down on a bank at the Blue Hole. He had been shot in the back of the neck at the base of the skull with a shotgun. Two 12-gauge shotgun shell casings and beer cans were found near the body.   The shotgun shells were fired from the same gun that fired shells later found in Dellinger’s yard.   Forensic pathologist Dr. Charles Harlan opined that Griffin had died between 6:00 p.m. on February 21 and 8:00 a.m. on February 22.   Dr. Eric Ellington with the Blount County Medical Examiner’s Office conducted the autopsy on Griffin’s body.   He concluded that the cause of death was the destruction of the brain stem from the shotgun wound.   Ellington retrieved two metal pellets and two pieces of shotgun wadding from Griffin’s brain.   The pellets were consistent with pellets loaded in the 12-gauge “00” buckshot casings found near Griffin’s body.

On Friday, February 28, Connie Branam’s body was discovered in her burned vehicle in the wooded area where the Gordons had observed the fire on February 22.   Arson investigator Gary Clabo determined that the fire had been set by human hands, started by an outside ignition source with the use of an accelerant.   Branam’s body was so badly burned that forensic anthropologist Dr. William Bass was unable to determine the cause or time of death.   Dental records were necessary to identify the body.   Investigators discovered a rifle shell in the burned vehicle that had been fired from the .303 rifle later found in Dellinger’s trailer.

Based upon the above evidence, the jury convicted Dellinger and Sutton of the first degree premeditated murder of Griffin.   At the penalty stage, the State presented evidence that Dellinger and Sutton were previously convicted of first degree premeditated murder in Sevier County in 1993.3  The State also presented proof that Sutton was convicted of aggravated assault in Cobb County, Georgia in 1983.