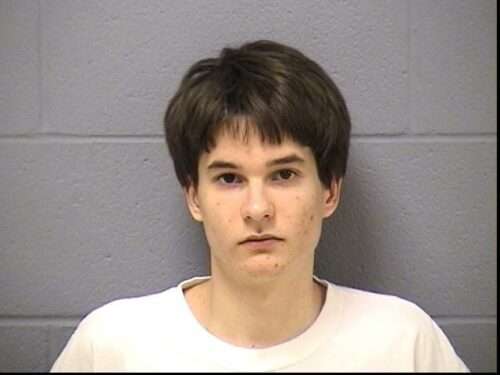 Keith Randulich, of Mokena, will be 58 years old when he is released from prison, according to a release from the Will County State’s Attorney’s Office.

Randulich, 19, was sentenced Thursday to 40 years in prison for the 2009 murder of his 4-year-old sister, Sabrina Clement. Prosecutors had asked Circuit Judge Amy Bertani-Tomczak to sentence Randulich to life in prison or to sentence him to a term of 60 to 100 years so that he would never walk free in society again, according to the release.

As , Randulich said he killed his sister to protect her from someone he believed was abusing her. On May 22, 2009, Randulich took Clement to the basement of their home and stabbed her to death with a steak knife while she was lying on the floor. His parents were not home at the time.

A brother was playing video games in another part of the house while the killing took place. Clement suffered what Assistant State’s Attorney Mike Fitzgerald described in court as “numerous massive stab wounds to her neck.”

When Mokena police arrived at the family home in the 19000 block of York Drive that day, they found Randulich covered in blood, according to court records. Randulich had called 911 and said he’d killed his sister with a knife.

According to the release, Randulich entered a blind plea of guilty to first-degree murder in December. Prosecutors filed a motion indicating they would seek a life sentence because the crime was brutal and heinous and involved a child younger than 12.

“This was a crime of unspeakable cruelty and horror,” State’s Attorney James Glasgow said in the release. “Sabrina Clement trusted and loved her brother unconditionally, and she suffered terror and agony at his hands in the last moments of her short life.”

Randulich would have graduated from in Frankfort a week after the murder. The Randulich family lived in Tinley Park before moving to Mokena. This was Mokena’s first murder in more than 25 years.

Keith Randulich was sentenced Thursday to 40 years in prison for stabbing to death his 4-year-old sister with a steak knife in the basement of their Mokena home.

The sentence was less than the life term prosecutors had requested for Randulich, a former Lincoln Way East honor student who said he killed his half-sister the night of May 22, 2009, claiming he wanted to spare her from being molested by a relative.

Will County Assistant State’s Attorney Michael Fitzgerald said the slaying of Sabrina Clement was a “brutal and heinous” crime that deserved life imprisonment, or a sentence of 60 to 80 years “that guarantees (Randulich) will never walk among society again.”

After slashing the 40-pound girl’s throat nearly 30 times as she struggled and cried out, Randulich called 911 twice and met police at the door. He confessed that night to investigators, and pleaded guilty in December. The sentence requires him to serve “straight time” with no reduction in years for good behavior.

Detectives found no evidence Sabrina had been abused. While Randulich was ruled psychologically fit to stand trial, a psychiatrist’s report stated he has a personality disorder.

His head bowed and his voice barely above a whisper, the thin, pale Randulich on Thursday told Judge Amy Bertani-Tomczak he still believed he was sparing his sister from being tormented by another relative.

“I heard what the state’s attorney said,” said Randulich, still staring down at the defense table in front of him.

“Did he grow up in a household where a 4-year-old was being abused every day? He shouldn’t even be allowed to judge me. I did it to stop child abuse.”

No Randulich family members or friends attended the sentencing.

Defense attorneys presented the judge with seven letters of support, including a letter from Randulich’s mother urging the judge to have mercy.

“She’s in a unique, heart-rending, devastating situation for any mother … she lost one child and now stands to lose her first-born,” said attorney Jaya Varghese, who read a few sentences from the letter, which was admitted under seal.

“We trust that God … has forgiven Kevin,” Varghese read. “‘We hope that your honor … in sentencing Kevin will follow that same mercy.”

The night of the murder, Randulich had argued with his mother over his request to use some of his high school graduation money to buy a gun to kill the molester.

The parents later went with Randulich’s 14-year-old brother to attend a school event, leaving Randulich with Sabrina and his 16-year-old brother. The 16-year-old said he was playing video games and had no idea anything had happened until he saw the lights from squad cars in front of the house.

Randulich told police that after he called 911, he returned to Sabrina’s body in the basement.

“I just kissed her and said, ‘I’m sorry I had to do that,’” Randulich told police. “I really loved my sister.”