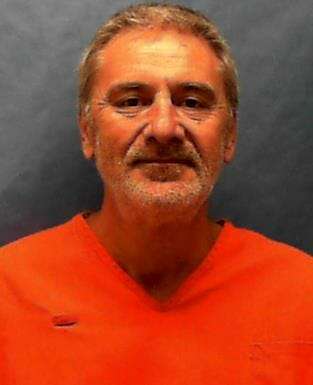 The mastermind behind one of Central Florida’s most bizarre and sensational murder plots has lost a bid to get off death row.

On Thursday, the 11th U.S. Circuit Court of Appeals in Atlanta overturned the ruling of an Orlando federal judge who offered Konstantinos “Kosta” Fotopoulos a chance to be resentenced for the 1989 scheme to kill his wife.

“Bottom line: He’s still on death row and this eliminates one more legal hurdle to his execution,” Tanner said. “We’re certainly pleased with the federal decision.”

James L. Driscoll Jr., Fotopoulos’ attorney, said he was disappointed and that he may ask the appeals court to rehear the case or petition the U.S. Supreme Court to review it.

In 1989, Fotopoulos orchestrated an elaborate plan to kill his then-wife, Lisa, for $700,000 in life insurance, according to court evidence.

First, he videotaped his former lover, Deidre Hunt, as she tied 19-year-old Kevin Ramsey to a tree and shot him to death. That tape became his leverage to convince Hunt to hire 18-year-old Bryan Chase to kill Lisa Fotopoulos during a staged burglary at her home. Chase shot the wife in the head as she lay in bed. Kosta Fotopoulos then shot and killed Chase.

The wife, who has since remarried, survived but still has a bullet in her head.

Last year, U.S. District Judge Gregory Presnell ruled in Orlando that the death sentence against Kosta Fotopoulos was unfair because prosecutors had presented two starkly different versions of Hunt’s role in the plot.

The appeals court ruled that presenting the different theories at Fotopoulos’ trial could have detracted from Fotopoulos’ defense. The judges determined that the former defense attorney had made a strategic decision, rather than performed incompetently, when he did not dwell on the different theories. The Florida Supreme Court had come to the same conclusion in its opinion on the case.