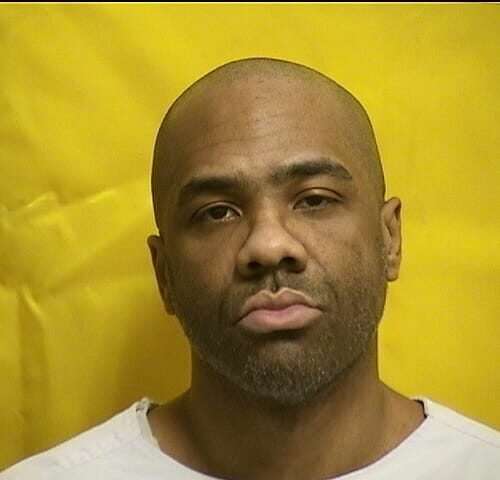 On the evening of January 14, 1994, defendant-appellant, Lee Edward Moore, Jr., and Jason Holmes abducted Melvin Olinger at gunpoint and forced him into the trunk of his blue Ford Taurus. Moore drove Olinger’s car to Mt. Healthy, dropped Holmes off, and picked up Larry Kinley. The two drove Olinger’s car to a factory area in Cincinnati, where Moore ordered Olinger out of the trunk, robbed him of his wallet, and shot him in the head, killing him. Moore later admitted committing the crimes but claimed that the shooting was accidental. Moore was subsequently convicted of aggravated murder, kidnapping, and aggravated robbery, and sentenced to death.

On January 14, at approximately 7:20 p.m., Melvin Olinger, a suburban Chicago businessman, visited his parents in Fairfield. Olinger then went to a funeral home during calling hours for a friend who had passed away. Later, he went to Gina’s, a bar, around 9:00 to 9:30 p.m., where he talked with Charlotte James. He told her that he was going to visit his mother that evening before returning to Chicago the next day. Olinger stayed in the bar for about fifteen minutes.

That same evening, Moore and Jason Holmes drove to Fairfield, intending to steal a car. Moore waited outside Gina’s and saw Olinger get out of his blue Ford Taurus and enter the bar. When Olinger returned to his car, Moore confronted him with a gun and told Olinger to get in. Moore drove the Taurus to the rear of the bar and forced Olinger to climb into the trunk. Moore drove the Taurus to Larry Kinley’s house in Mt. Healthy while Holmes followed in Moore’s Ford Fairmont.

Upon driving into the factory area, Moore headed toward a dumpster. He stopped the car and let Olinger out of the trunk while Kinley remained in the car. Kinley testified that he didn’t see what happened because the trunk lid was up, but that he heard Moore tell Olinger to empty his pockets. Kinley testified that Moore directed Olinger to the corner by the dumpster and that he heard Olinger beg and plead to Moore about Olinger’s sick mother.

Kinley heard a gunshot, then Moore jumped into the car. According to Kinley, Moore laughed and asked him, “Did you see his dome get shot off?” After leaving the scene, Moore directed Kinley to take the credit cards out of Olinger’s wallet. Kinley said that Moore sounded upset because he had forgotten to ask Olinger for the personal identification number to his Jeanie card.

In a taped statement to police, Moore claimed that he asked Olinger for his wallet after directing him to the dumpster. When Olinger dropped the wallet and stepped forward, Moore said that he panicked and “accidentally pulled the trigger. But it was an accident․ I had a large amount of drinks an’ ․ some marijuana. An’ it truly truly was an accident.”

The next day, Moore and Kinley went out to get “some stuff.” Moore used Olinger’s credit card to purchase over $1,000 worth of clothing and jewelry at two J.C. Penney stores in the Cincinnati area. A sales clerk became suspicious and contacted Penney’s loss prevention officer. The officer observed two black males place their purchases in the trunk of a blue Ford Taurus with Ohio tags and drive away.

At approximately 5:30 p.m. on January 20, police apprehended Moore and Kinley as they waited for an order in the drive-through lane of a McDonald’s restaurant. Moore was placed in a holding cell at the Mt. Healthy police station. Officers confiscated several items of clothing from Moore which were believed to have been purchased with Olinger’s credit card. Shortly after midnight, Moore was advised of his Miranda rights and signed a waiver of rights form.

Moore was then taken to the downtown Cincinnati police station for questioning. Although the weather was cold and snowy, Moore was required to walk a short distance to and from the police car in his stocking feet, since his shoes had been confiscated as evidence. At approximately 6:30 a.m., while “crying a little bit” and sniffling, Moore admitted to police that he had robbed and kidnapped Olinger and that he had shot and killed Olinger. He claimed that the shooting was accidental.

Based on information supplied by Kinley, police located Olinger’s body. The chief deputy coroner determined that Olinger had died of a single gunshot wound to the head fired from a distance of between six and twenty-four inches away.