On February 15, 2008, Woolf went to Resultz Corp. in Mobile with his wife Angel, their two-year-old son Ayden, and Woolf’s mother, Lynn Tullos. Woolf and Angel had what witnesses described as a turbulent relationship, and, because Woolf had begun to doubt that he was Ayden’s biological father, Woolf and Angel went to Resultz Corp., “a biomedical testing laboratory” that performed drug screenings and “DNA collections and testing,” for a paternity test to determine whether Woolf was Ayden’s biological father. Woolf seemed stressed about the results of the test and said “that other people were saying [Ayden] [might] not be his.” After completing the test, Woolf asked an employee of Resultz Corp. to pray for him.

After he received the results, Woolf returned to Resultz Corp. with Ayden on March 3, 2008. Woolf told a Resultz Corp. employee that he needed to have the results of the test “explain[ed] to him because he was a little confused about [them].”1 The employee explained the results to Woolf who said “he was just worried about” what other people were saying regarding Ayden’s paternity. As Woolf left Resultz Corp., he asked the owner whether she believed in God and asked her to pray for him.

Shortly after midnight on the morning of March 5, 2008, Woolf called the Mobile County emergency 911 number and reported that he had killed his family and needed to go to jail. Paramedics with the Mobile Fire Department and officers with the Mobile Police Department were dispatched to Woolf’s mobile home.

At 1:05 a.m., Jonathan Parker and Coye Lucky, paramedics with the Mobile Fire Department, were parked in a rescue truck at a Circle K store located at the corner of Schillingers Road and Moffett Road waiting to be told when they could safely enter Woolf’s mobile home. Woolf, after parking his car in front of the rescue truck at the Circle K, got out of his car and approached the rescue truck. Parker got out of the truck and walked toward Woolf, who said, “You need to call the cops.” When Parker asked him if he had shot his family, Woolf “said that [his] son came into the room and said pow-pow and then [he] heard two gunshots, [he] blacked out and [he] left.” Woolf started to leave, but the paramedics told him not to.

Officer Shannon Payne of the Mobile Police Department, who was responding to the call to Woolf’s mobile home, stopped at the Circle K when she saw the paramedics. As Officer Payne got out of her patrol car, Woolf approached her with “his hands ․ facing out ․ with his palms facing almost as if they were going to be in a handcuffed position.” Woolf said, “I poisoned my wife and put me in handcuffs.” As Officer Payne was placing Woolf inside her patrol car he said, “I heard two noises pow-pow, then I blacked out.” (R. 1373.)

Angela Prine, an investigator with the Mobile Police Department, arrived at the Circle K store and got in the back-seat of Cpl. Reeher’s patrol car with Woolf. Prine read Woolf his Miranda3 rights and briefly interviewed him to get personal information about Angel and Ayden.

Mobile police officers went to Woolf’s mobile home, where they found the bodies of Angel and Ayden; both Angel and Ayden had been shot. The officers also located a “sock print impression that was in blood” and several bloody shoe impressions. On the living-room floor officers found a .38 caliber revolver that held two spent casings and one cartridge.

Officers transported Woolf to the Mobile Police Department headquarters and placed him in an interview room. Officer Payne checked on Woolf, who was alternating between pacing and lying on the floor. Woolf said, “I’m a fucking dumb ass.” He also said, “Shoot me, just shoot me.” (R. 1415.) When Officer Payne asked why he should shoot him, Woolf said, “because I’m guilty.” (R. 1415.) Investigator Prine arrived at police headquarters and again advised Woolf of his Miranda rights. Woolf did not sign the waiver-of-rights form, but he did speak with Prine and Cpl. Jeremy March.

Following his conversation with Prine and Cpl. March, Woolf was placed under arrest. As he got undressed to change into a white jail jumpsuit, Woolf pulled off a sock that appeared bloody, “kind of wadded it and touched it to his mouth and kissed it and said, ‘oh, my baby.” ’

Woolf called several witnesses to testify during the guilt phase of the trial. Two friends testified about seeing Woolf, Angel, and Ayden interact with each other. A lieutenant with the Mobile Police Department testified that he saw no evidence indicating that Angel and Ayden received any medical assistance on the night of the shooting. Woolf called Lucky, who testified about the events that occurred in the Circle K parking lot and stated that neither he nor Parker entered the mobile home that morning.

Woolf called three Mobile police officers, two of whom told the jury about the actions law-enforcement personnel had taken as they approached, entered, and searched Woolf’s mobile home on the morning of March 5, 2008. The third officer testified about securing Woolf’s car at the Circle K store and assisting in a search of that car.

Woolf testified in his own behalf. He told the jury that he “knew Ayden was [his but he] just wanted the paper [with the DNA test results].” Woolf further said that he did not understand the DNA results and decided to go back to Resultz Corp. to have the results explained to him.

Woolf also testified that he and a friend went riding around on March 4, 2008. When he returned home, he said, Angel confronted him about him having been away from home. He left again, this time by himself. While riding around, Woolf said, he smoked marijuana, “took two Darvocets and drank five or six beers.” When he returned home, he took the gun inside the mobile home with him. Angel confronted him and grabbed his arm. Woolf said he pulled away from Angel and shot the gun behind him to scare her. Angel “screamed and said, ‘You shot Ayden.” ’ (R.1902.) After Woolf saw that Ayden had been shot, he shot Angel. Woolf called emergency 911 and left the mobile home, stopping when he saw the emergency responders at the Circle K store.

Woolf presented a psychologist who testified about his evaluation of Woolf and Woolf’s interactions with law enforcement after the shooting.

The circuit court charged the jury, and the jury returned a guilty verdict on both counts of the indictment. At the conclusion of the penalty phase of the trial, the jury recommended the death sentence by an 11–1 vote. Following the sentencing hearing, the circuit court sentenced Woolf to death. 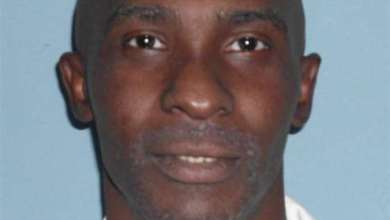 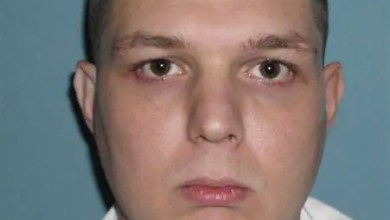 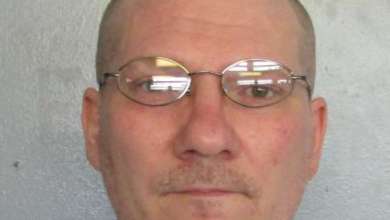 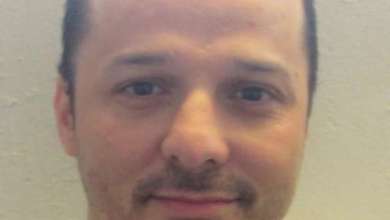